Post Office experts knew about IT glitch 21 years ago: Computer experts were aware of issues as far back as 1999… 15 years before company stopped prosecuting staff

The Post Office’s computer experts knew about problems in its IT system in 1999 – 15 years before the company stopped prosecuting postmasters.

Mr Justice Fraser has told the Director of Public Prosecutions that Fujitsu, which ran the Horizon system on behalf of the Post Office, knew about glitches in it more than 20 years ago, but failed to disclose them in criminal and civil trials.

The Metropolitan Police has launched a criminal investigation into claims Fujitsu’s IT experts failed to reveal problems with the system in court that could have led to postmasters being acquitted.

Yesterday it emerged that Gareth Jenkins, 68, and Anne Chambers, 63, are the two specialists at the heart of the investigation. Both are now retired. Police will examine whether they misled trials when acting as expert witnesses, which could result in charges of perjury, the Court of Appeal heard yesterday.

Between 1999 and 2015, dozens of postmasters were wrongly convicted of stealing from their own branches after unexplained shortfalls were found in their accounts. Many said the ‘missing’ money was a result of glitches in the IT system, but their pleas were ignored.

In a letter released yesterday, Mr Justice Fraser told the DPP: ‘I consider important evidence given both to the Crown Court and the High Court on previous occasions, in other cases, was not true, and was known not to be the truth, the whole truth and nothing but the truth, at the time it was given.

‘The documents… clearly show that Fujitsu knew about the existence of bugs, errors and defects in Horizon from a very early stage in the life of the system… The earliest bugs occurred and were known about in 1999.’ 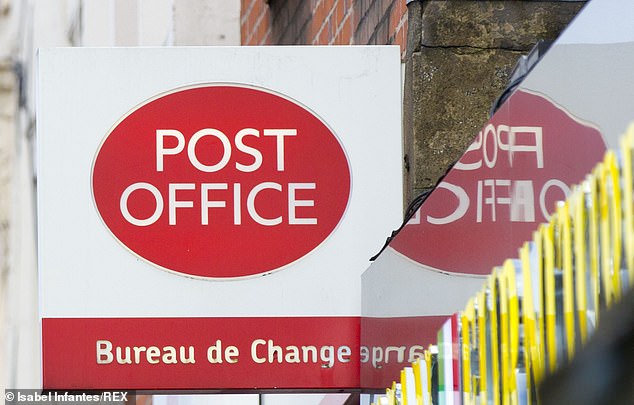 Between 1999 and 2015, dozens of postmasters were wrongly convicted of stealing from their own branches after unexplained shortfalls were found in their accounts

Mr Justice Fraser, who presided over the long-running civil case which ended in victory for the postmasters, referred the names of Mr Jenkins and Mrs Chambers – who worked for Japanese IT giant Fujitsu but were contracted to the Post Office – to the Crown Prosecution Service. Mr Jenkins gave evidence for the prosecution in the trial of Seema Misra, who was jailed in 2010 while she was eight months pregnant.

Mrs Chambers was called by the Post Office in a civil case against Lee Castleton, who was forced to pay £25,858.

Mrs Chambers’ husband Ian said: ‘My wife hasn’t been interviewed by the police and I don’t expect her to be.’ Mr Jenkins and Fujitsu declined to comment.

Young children and babies are NOT safe from the coronavirus