WASHINGTON —The White House said Tuesday that President Joe Biden wants to see resignations from all three members of the Los Angeles City Council who took part in a racist conversation that was captured in a leaked audio recording.

“He believes that they all should resign,” White House press secretary Karine Jean-Pierre said. “The language that was used and tolerated during that conversation was unacceptable and it was appalling.”

Four L.A. political heavyweights – including three Latino members of the L.A. City Council – are heard making racist remarks in the recording, first reported by the Los Angeles Times. The leaked audio is the most recent episode in a long-standing racial divide between Latino and Black communities within one of the nation’s most diverse cities.

Ron Herrera, the president of Los Angeles County Federation of Labor, resigned from his position Tuesday. But L.A. City Council President Nury Martinez, at the center of the controversy, has stopped short of resigning from her seat, instead taking a leave of absence and stepping down as council president.

“The president is glad to see that one of the participants in that conversation has resigned. But they all should,” Jean-Pierre said.

Stay in the conversation on politics: Sign up for the OnPolitics newsletter 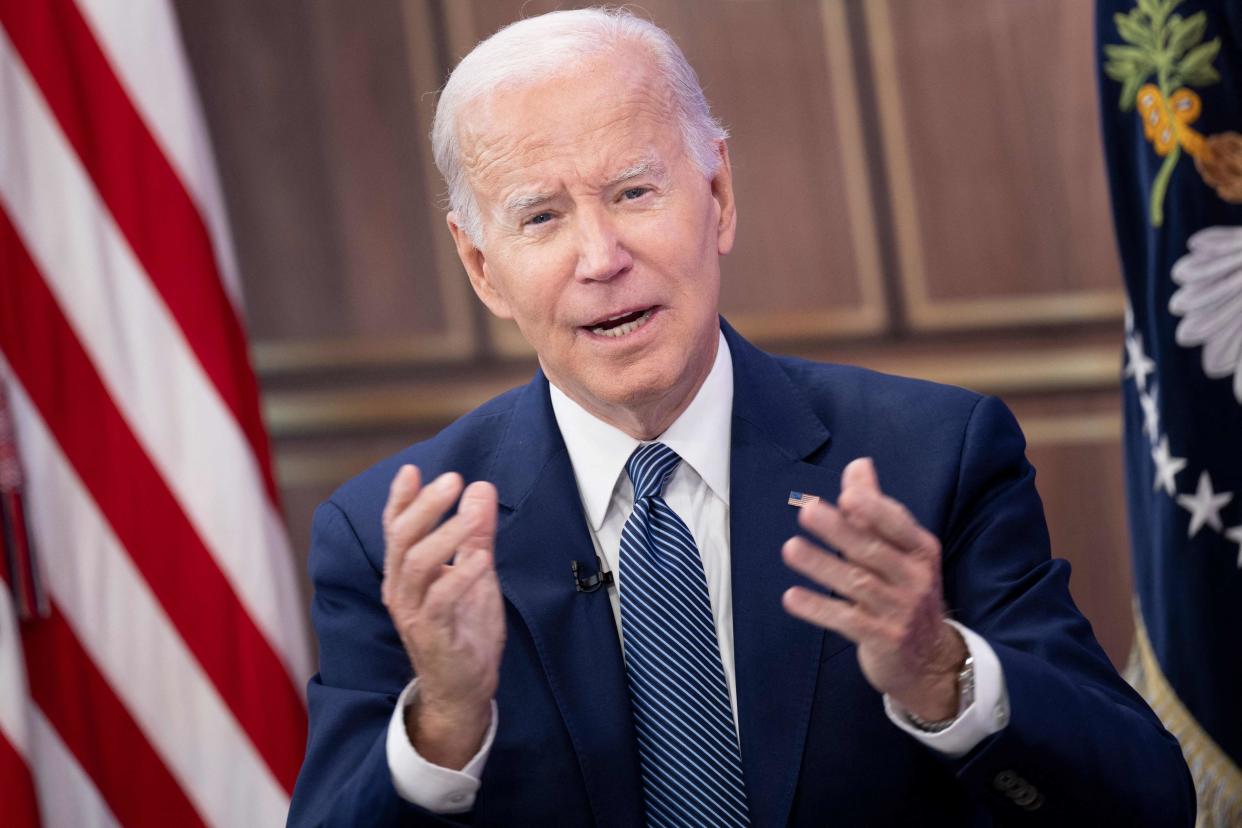 In the recording, Martinez can be heard making racist statements about the Black child of a white council member, Mike Bonin, including that he “handled his young Black son as though he were an accessory.” She described the son in Spanish as “like a monkey” and said the boy’s parents are “raising him like a little white kid.”

“I was like, this kid needs a beatdown,” Martinez said. “Let me take him around the corner and then I’ll bring him back.”

The conversation took place during an October 2021 closed-door meeting at the union’s offices over the city’s redistricting process.

Although everyone in the recording is a Democrat, Jean-Pierre sought to make a distinction with Republicans on how the parties respond to racism within their own ranks.

Jean-Pierre pointed to comments Saturday from Sen. Tommy Tuberville, R-Ala., at a rally hosted by President Donald Trump in which the senator said Democrats back reparations for descendants of slavery because “they think the people who do crime are owed that.”

Biden is scheduled to visit Los Angeles on Wednesday to attend a Democratic fundraiser and deliver remarks on the infrastructure spending law passed last year. The trip was planned before the L.A. City Council controversy erupted.