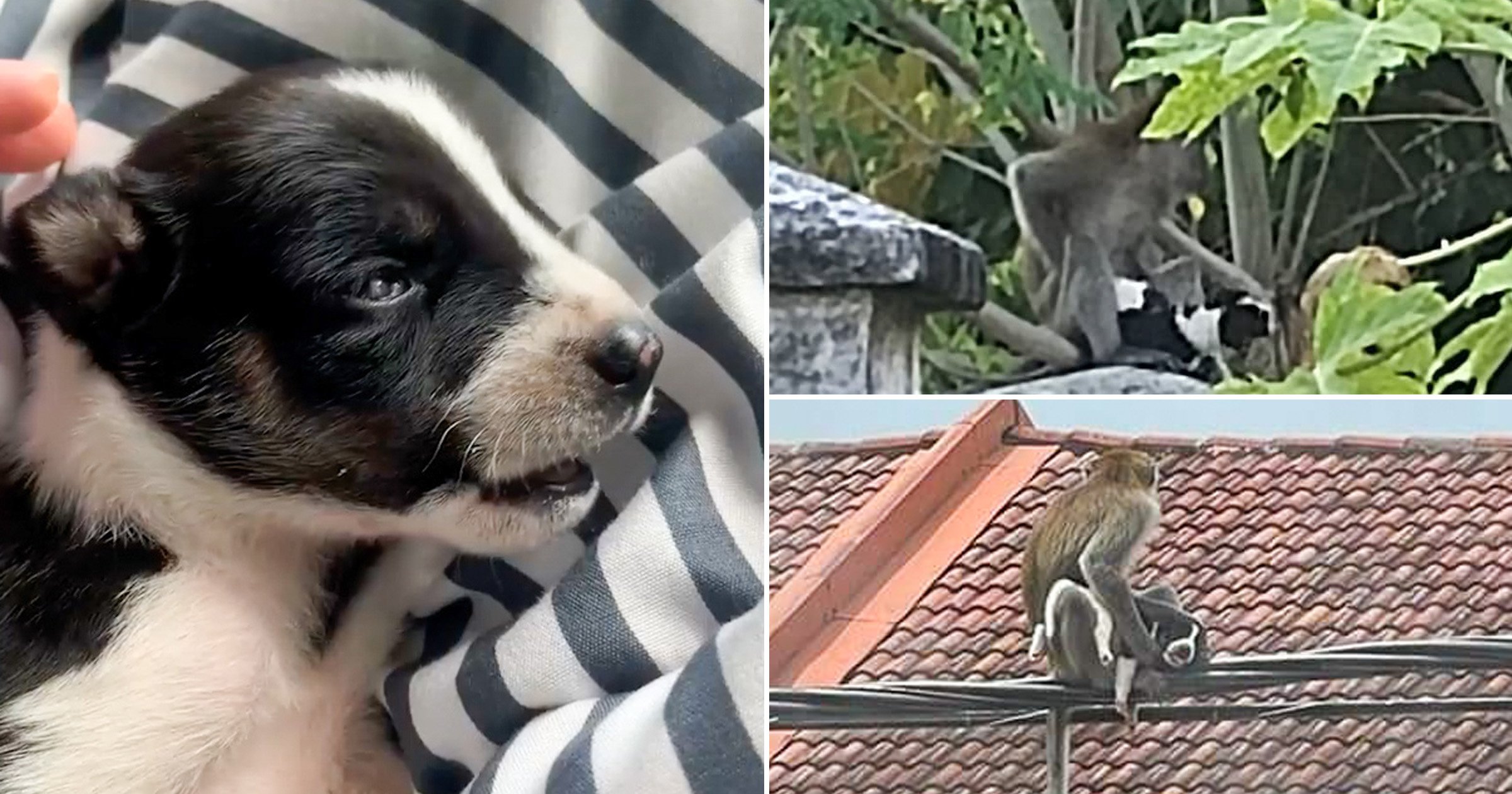 A pet puppy had to be rescued after a wild monkey dared to kidnap it and hold it hostage.

Saru, a two-week-old black-and-white dog, was snatched by the primate last Thursday and taken to the top of an electricity post in Taman Lestari Putra, Malaysia.

Residents eventually spotted the hostage situation and gathered under the post to assess the situation.

Onlooker Cherry Lew Yee Lee said: ‘The puppy looked tired and weary but the monkey did not seem to hurt it.

‘The monkey was just holding the puppy while it moved around.

‘It looked like it was treating the puppy as a friend or its baby, it was very strange.

‘However, we still needed to save the poor dog because it appeared to have been starving.’

Cherry and her neighbours attempted to rescue Saru three times, but the monkey kept running away onto electricity lines and into trees while holding the puppy.

But it kept returning to the top of the electricity pole for food.

Eventually after throwing things at it the residents managed to scare the animal into dropping Saru into the bushes below, and the monkey ran away into the trees.

A local took Saru home to feed her and check her for injuries, but she was found to be well.

It is thought the puppy was snatched from a litter of a stray dog in the neighbourhood, so Saru has now been adopted and is settling well into her new home.

The Malaysian government receives an average of 3,800 complaints about monkeys every year.

The country’s wildlife department launched a mass culling program in 2013, which now sees up to 70,000 monkeys killed annually.

2 to stand trial for making exploding drones in Mexico