CONGRESSWOMAN Marjorie Taylor Greene announced she "stands with" Rep. Matt Gaetz on Wednesday amid a sex trafficking probe into the Republican lawmaker.

QAnon supporter Greene blasted the allegations made against Gaetz as "conspiracy theories and lies" as she compared the case to President Donald Trump and the investigation into Russian collusion. 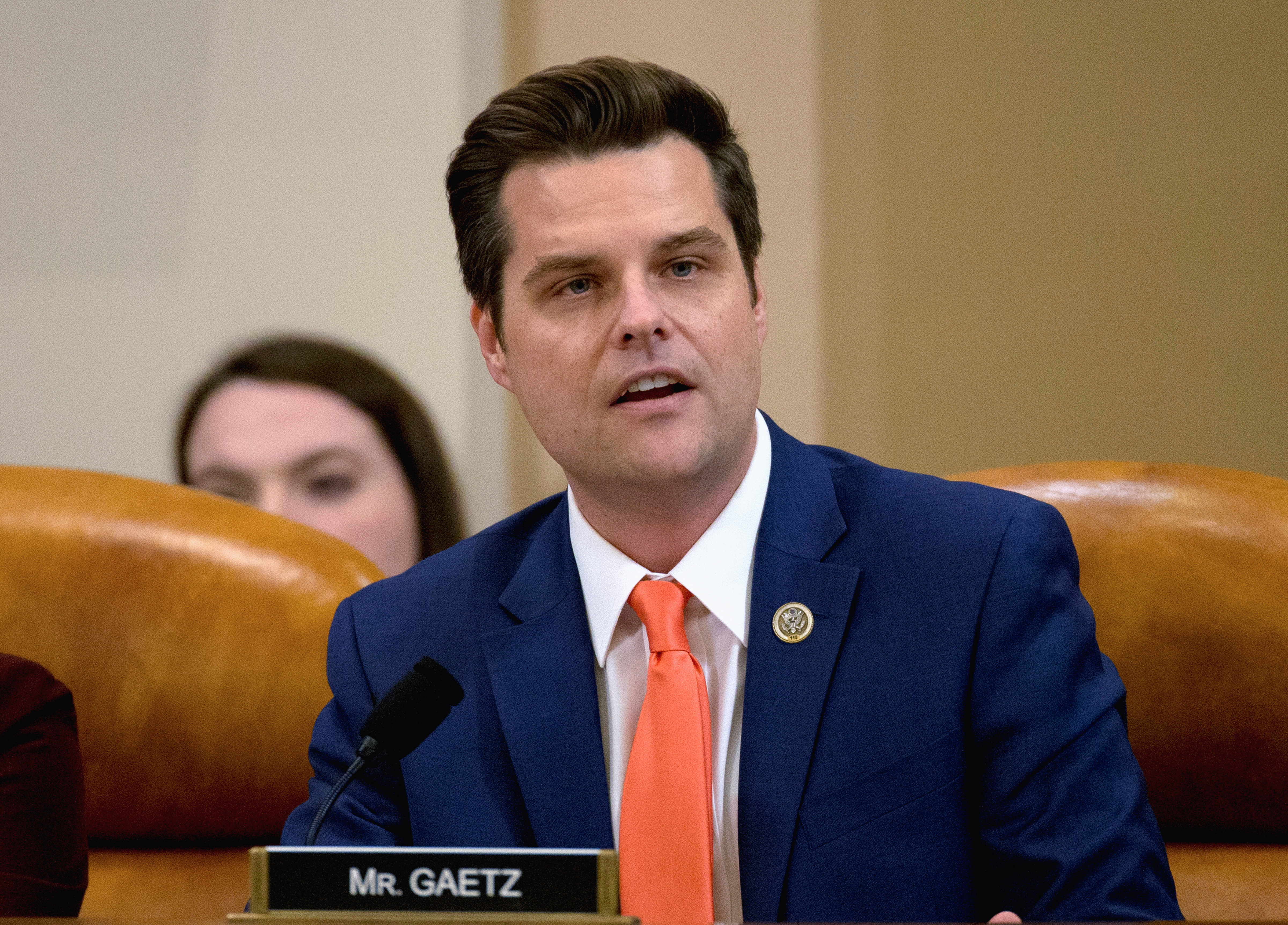 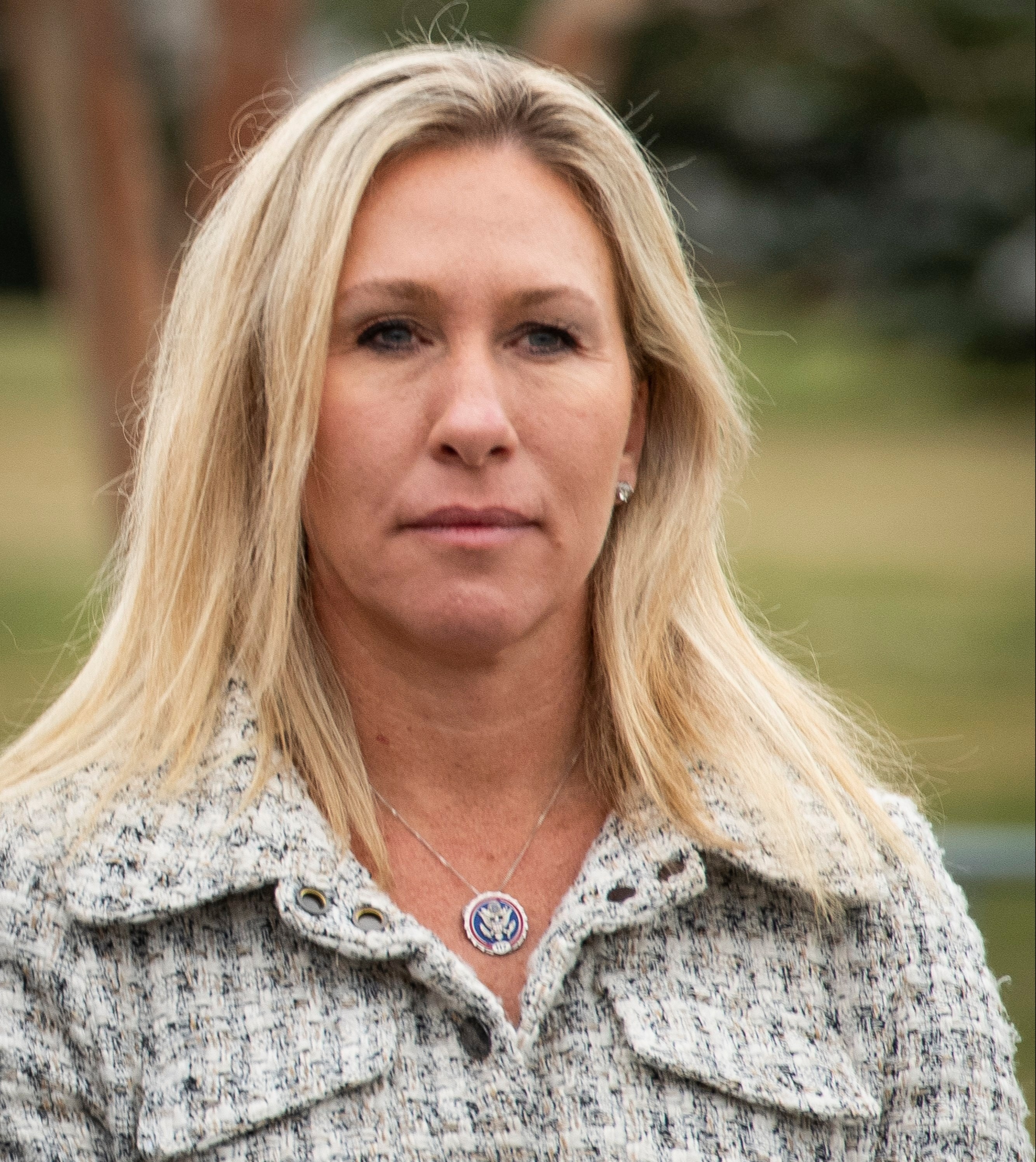 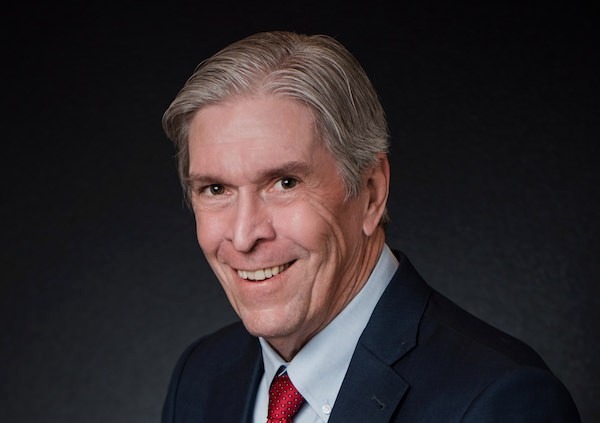 It emerged on Tuesday that Gaetz, a Republican of Florida, is being investigated by the Justice Department over whether he had a sexual relationship with a 17-year-old and paid for her travel.

The 38-year-old, a major Trump ally, hit back at the claims, stating that a rogue ex-DOJ official was looking to extort his family.

Greene, also a vocal Trump supporter, rushed to defend Gaetz as he insisted the allegations are "completely false."

"Remember all the conspiracy theories and lies like Trump/Russia collusion and propaganda that the media has spread around," the QAnon congresswoman from Georgia tweeted. 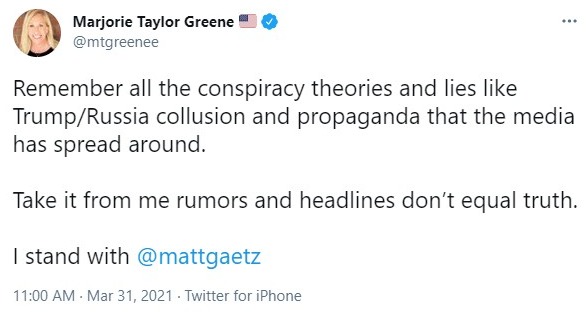 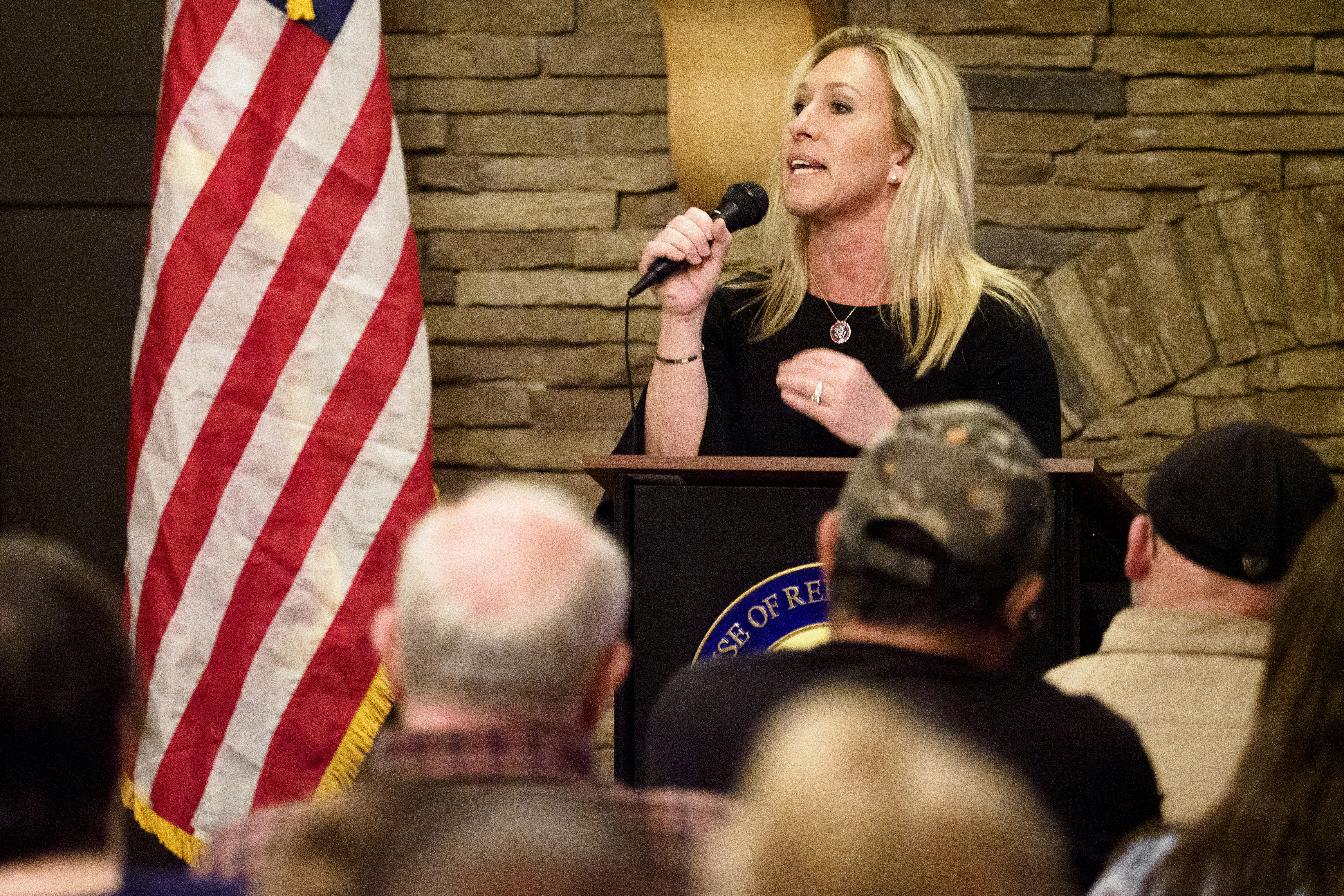 "Take it from me rumors and headlines don’t equal truth," she added.

"I stand with @mattgaetz."

Speaking on Tucker Carlson Tonight on Tuesday, Gaetz said the "horrible allegation" is a "lie," adding that he was being extorted by a Florida lawyer, David McGee.

Repeating claims he had made earlier in the day, Gaetz said his father was contacted because of an extortion scheme that was aimed at, "Bleeding my family out of money."

McGee, an attorney at Beggs & Lane law firm and the former lead attorney for the DOJ's Organized Crime Task Force said he had nothing to do with a plan to extort Gaetz.

He said: "It is completely false. It's a blatant attempt to distract from the fact that he's under investigation for sex trafficking of minors.

"I have no connection with that case at all, other than, one of a thousand people who have heard the rumors."

He said that Gaetz's father had "called me and asked to talk to me" and said he'd welcome a tape of their conversation to be made public.

"If there is a tape, play the tape. There is nothing on that tape that is untoward."