Britain’s rural property hotspots: Map shows where house prices have risen by up to 30% in a year as homebuyers look to escape to the country post pandemic

House prices in the countryside are continuing to surge as an increasing number of city-dwellers flee to rural areas across the UK amid the coronavirus pandemic.

As the demand for rural properties continues to soar, prices in countryside locations have risen by an average of 14.2 per cent across the nation, with the biggest increases of up to 30 per cent in Broxtowe in Nottinghamshire and a 29 per cent increase spotted in Lancaster, Lancashire, figures analysed by the estate agent Hamptons show.

The figures come after data showed that house prices have soared by almost 10 per cent over the past year as the pandemic boosts demand for larger properties and gardens.

Also among the rural property hotspots that have seen their property prices increase are Tameside, Newport, Cheltenham, Harrogate, Bromsgrove in Worcestershire and Tunbridge Wells in Kent. 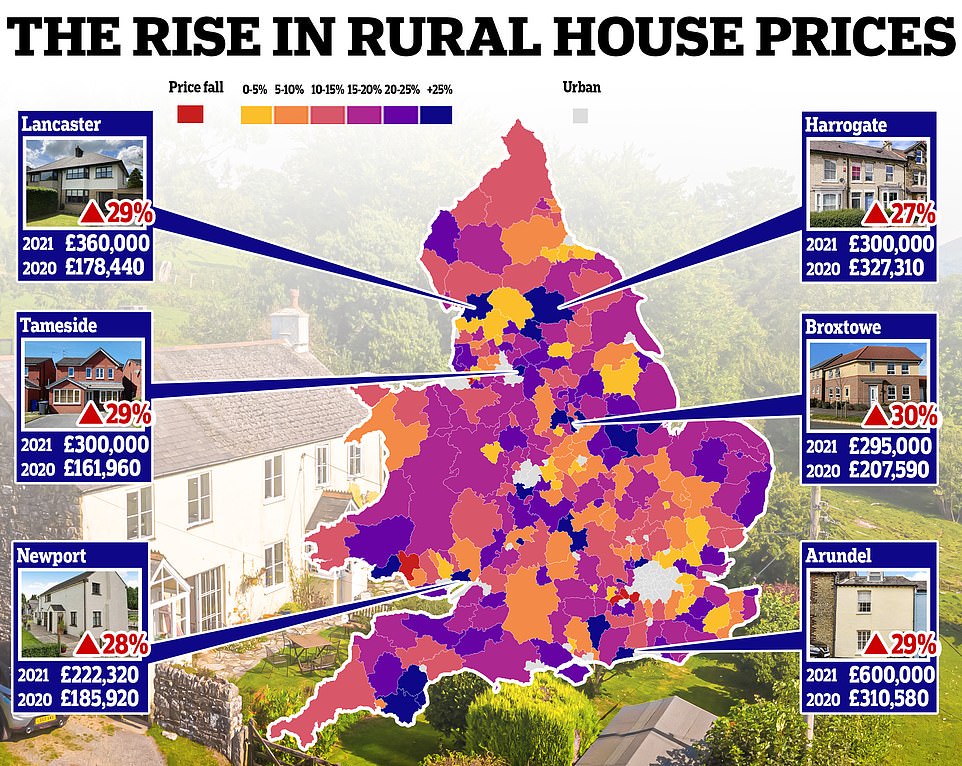 Figures by the estate agents Hamptons have shown the house prices in the countryside are continuing to surge amid the pandemic, with Lancaster, Tameside, Newport, Broxtowe, Arundel and Harrogate among the hotspots 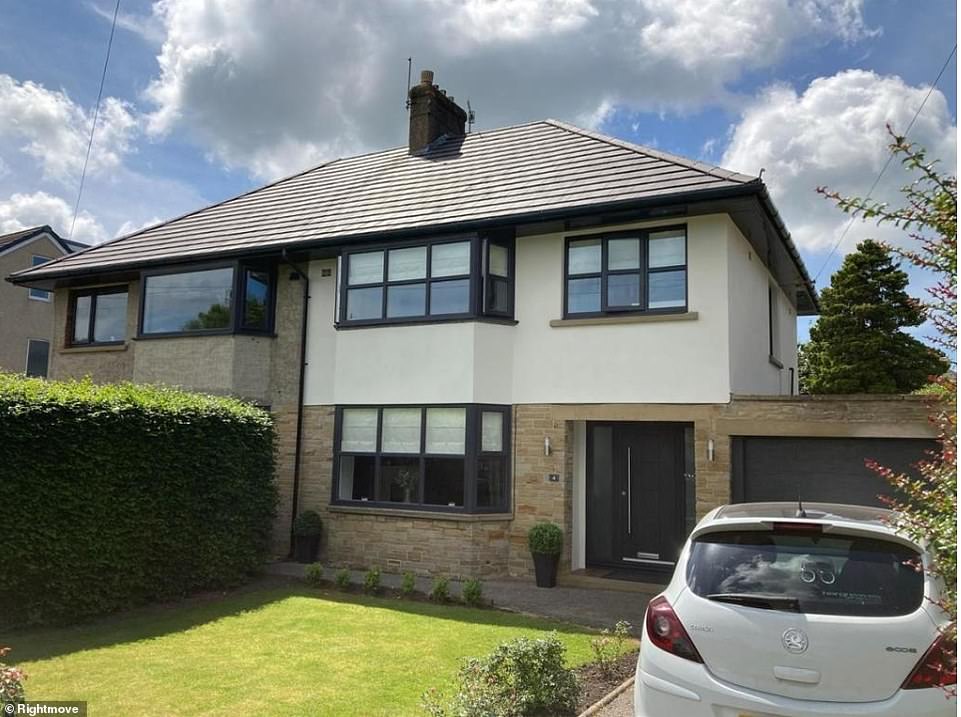 This three-bedroom property in Lancaster comes with a large living room, modern decor and a loft conversion. It is currently on the market for £360,000 with Rightmove. Last year house prices in Lancaster cost an average £178,440 but have since seen a 29 per cent increase in the average cost 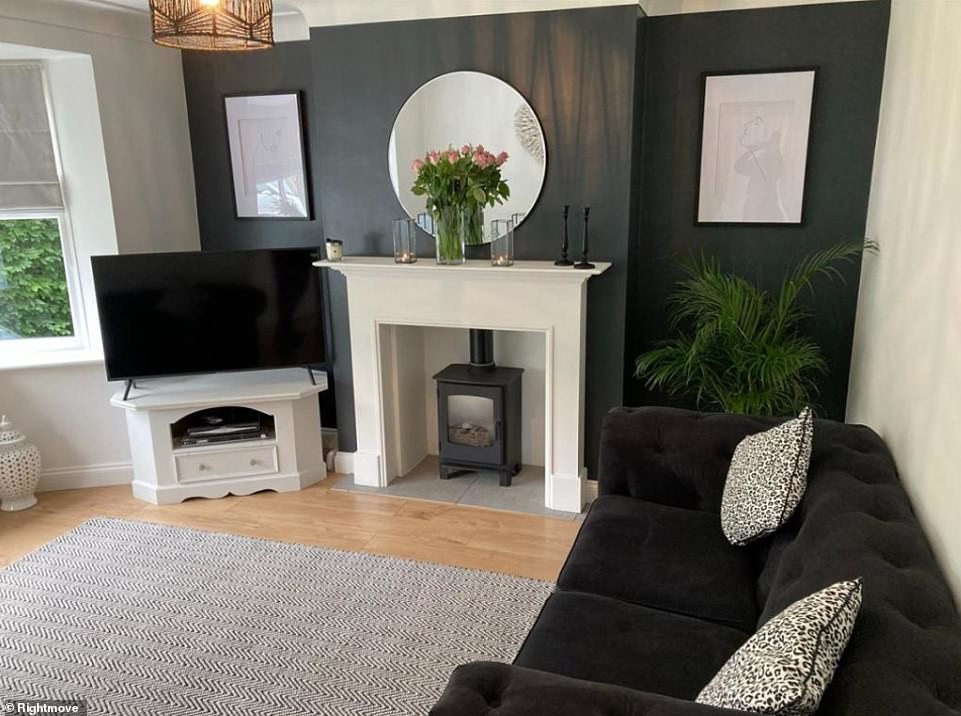 The property comes with a stylish interior decor, high end finishes and a living room that comes with a wooden floor and large windows that allow natural light to flood through into the room 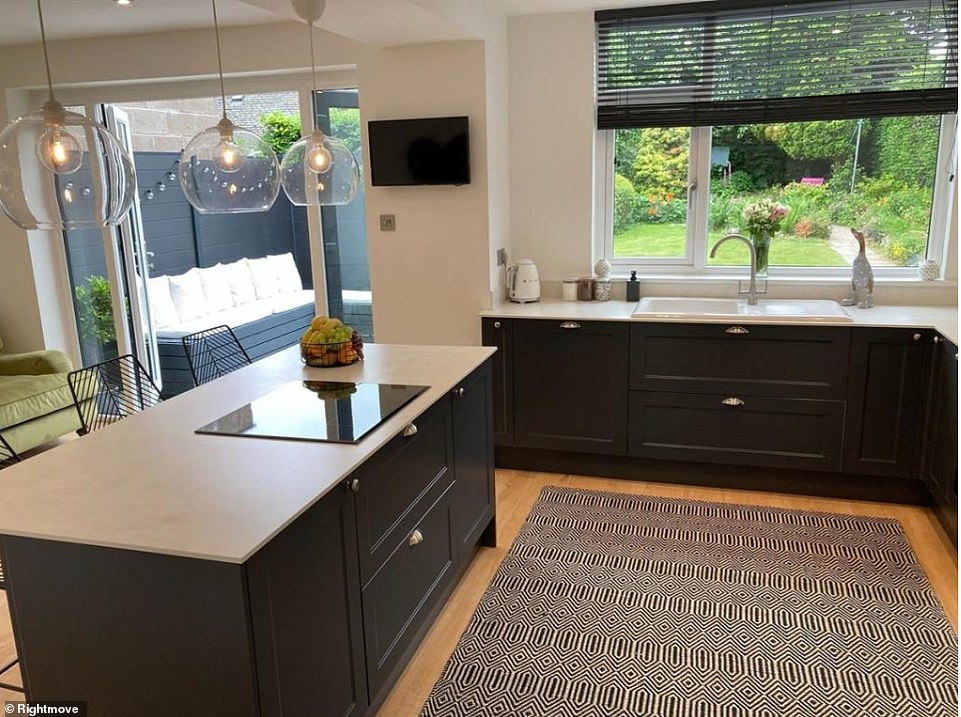 The three-bedroom home also comes with a spacious open plan kitchen that comes with wooden flooring, a central island and a view of the garden

A Hamptons analyst told MailOnline: ‘We have run Land Registry price paid data against the ONS’s BUA definition (Built up Areas). This allows us to determine whether each sale is in an urban, suburban or rural area. It lets us measure house price growth rates across all three types of area within the same local authority.

‘While prices are undoubtedly rising right across the country, an element of this growth has been driven by larger homes being sold by affluent vendors.

‘This has serviced to push up average prices with fewer cheaper homes changing hands.’

Elsewhere, Newport saw property prices increase by 27.8 per cent in the region, Harrogate by 27.1 per cent and Cheltenham by 28.3 per cent.

Meanwhile Bromsgrove in Worcestershire saw its property prices rise by an average of 27 per cent and Tunbridge Wells in Kent saw a 24 per cent in its average property price.

Data provided by Hamptons also showed the number of people registering to buy in their rural offices was up 50 per cent on May 2019, while city buyer registrations were up by just nine per cent over the same period.

The figures also revealed that house price growth in rural areas was running nearly twice as fast as it was in urban areas (14.2 per cent compared to 6.8 per cent).

Chris Morgan, 46, a sales manager who rents in Arun, said people moving from London had driven house prices further out of reach for those in the local area.

He told The Guardian: ‘The only way I will get on the housing ladder is when my parents are no longer alive and I inherit their house. I could be in my sixties by then.’

Meanwhile Merryn Voysey, 32, from Cornwall, where prices have increased another 12 per cent, added: ‘I saw a bedroom in a shared house for £650 per month, but that wouldn’t be affordable for me at the moment

‘I could probably afford housing if I worked every day of every week but I want to enjoy my life.’ 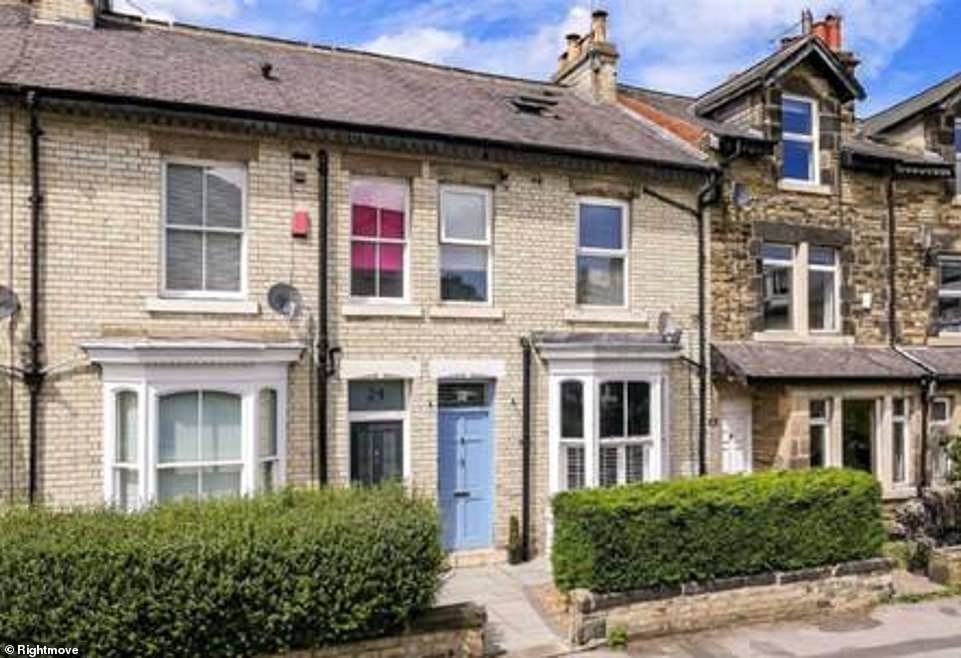 This three-bedroom property in Harrogate in North Yorkshire, where properties have seen a surge in demand, is currently on the market for £300,000. Average house prices in the area last year were £327,310 and the area overall has seen a 27 per cent increase in house prices 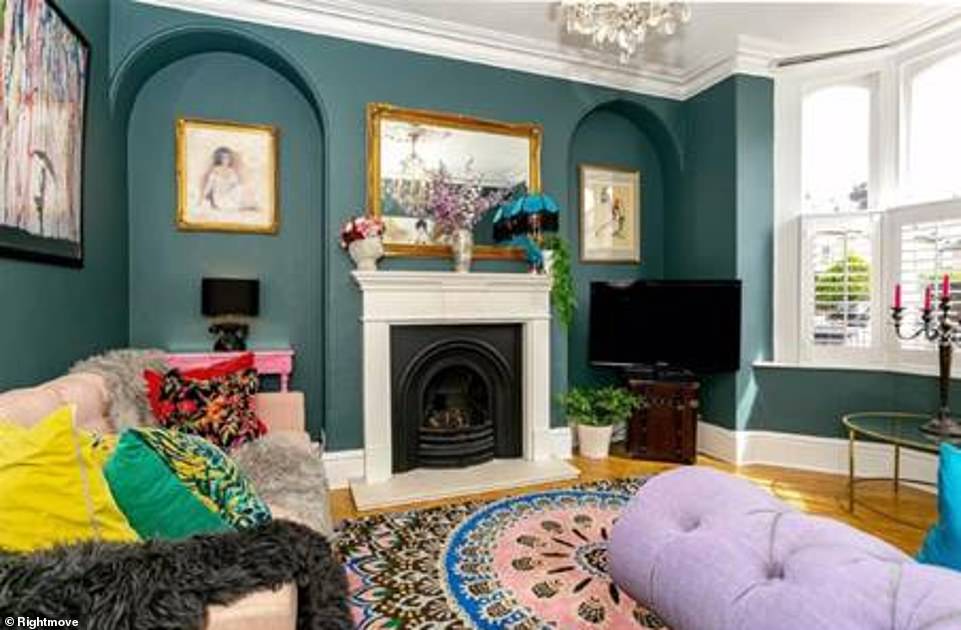 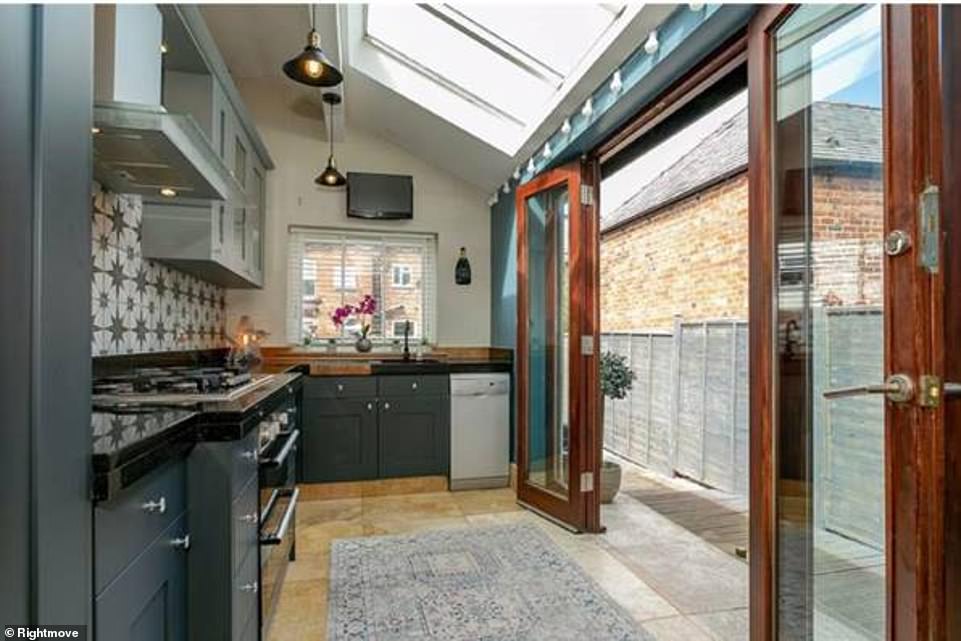 This cosy property in Arundel, which is located in West Sussex, is currently on the market for £600,000. The average house price for properties in the area last year was £310,580 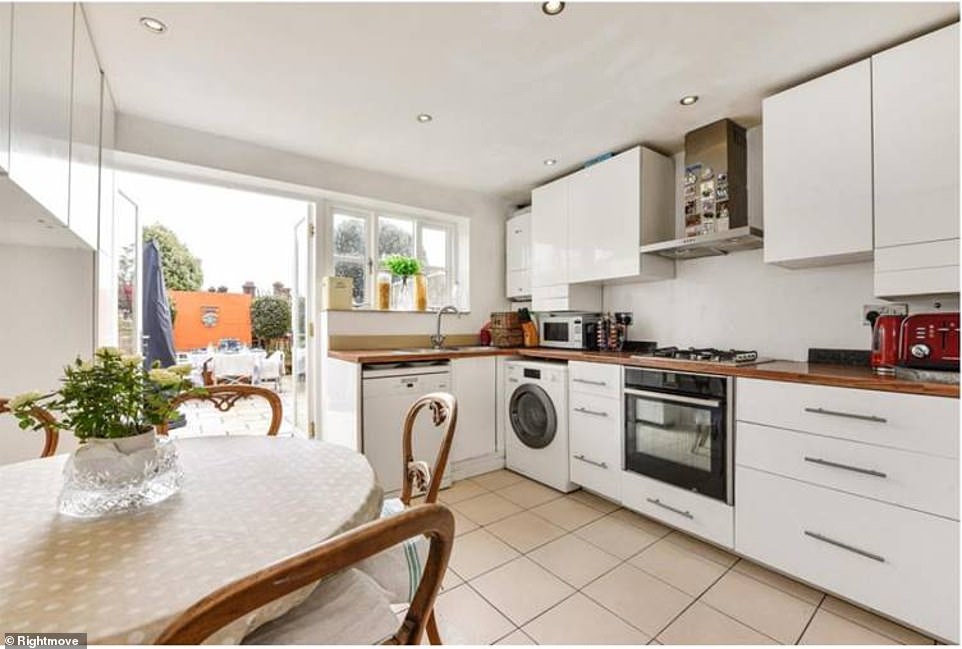 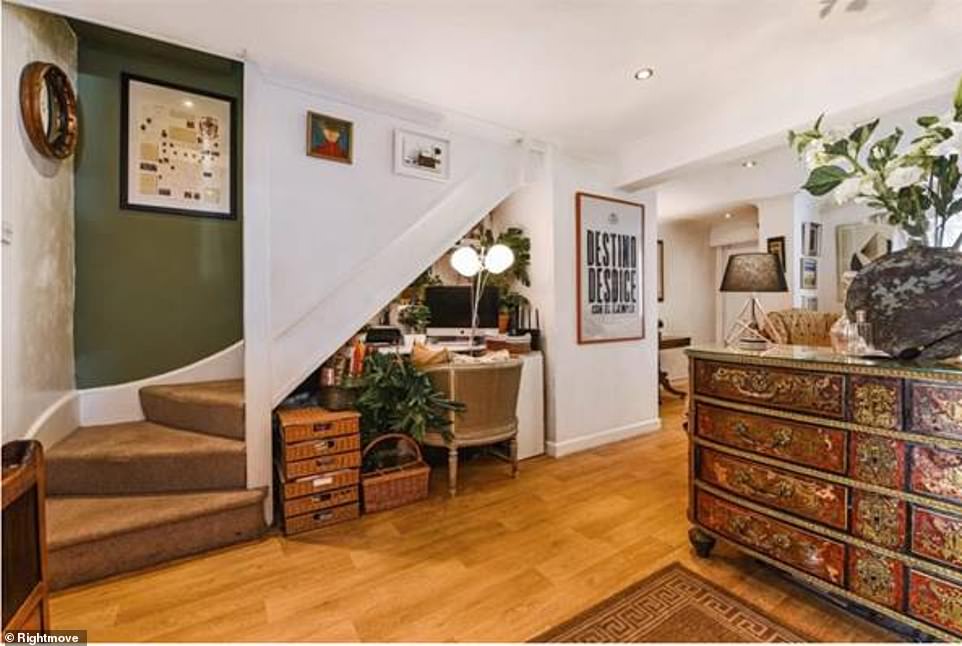 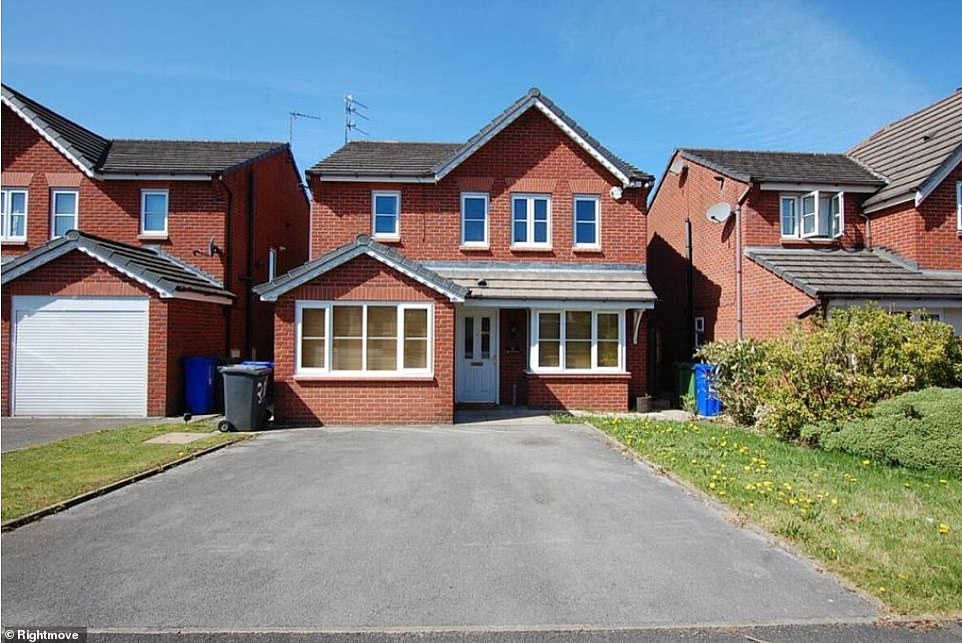 This three-bedroom house in Tameside, Greater Manchester, is currently on the market for £300,000. The average house price in the area for 2020 was £161,960 and the area overall has seen its house prices rise by 29.1 per cent 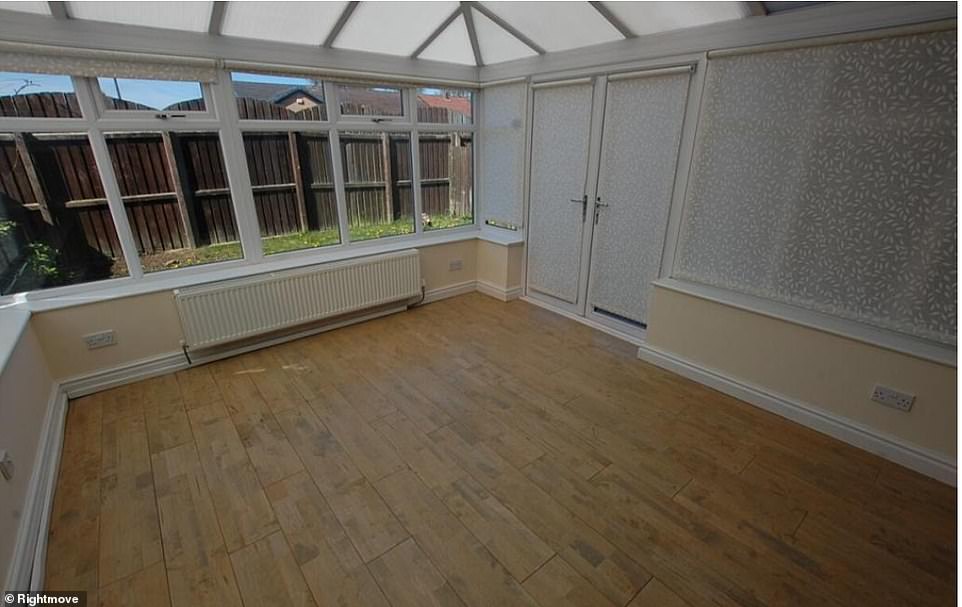 The detached property comes with a reception room, a spacious lounge and a large conservatory on the ground floor. Meanwhile a step upstairs reveals three bedrooms and a family bathroom 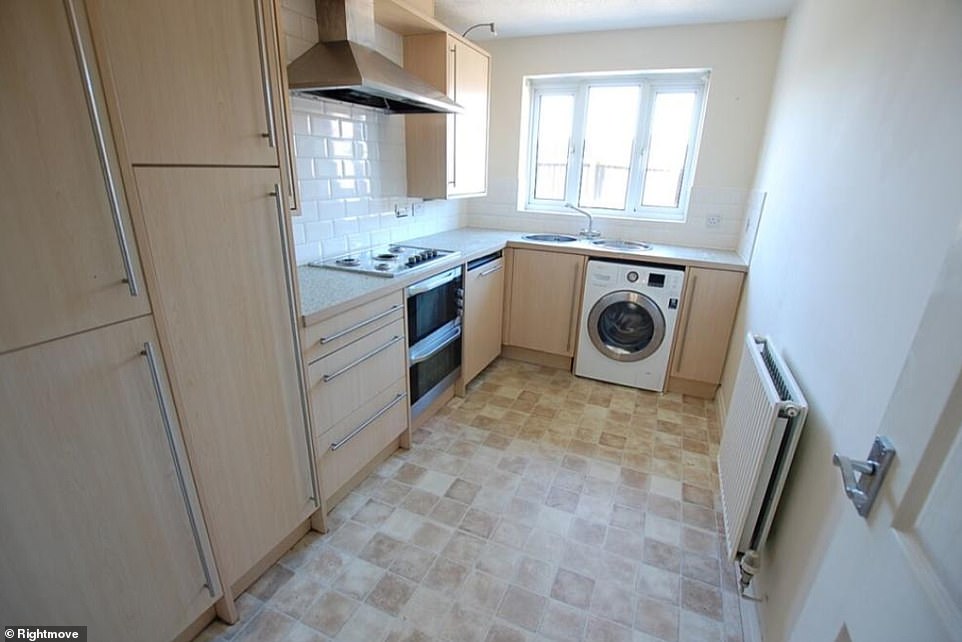 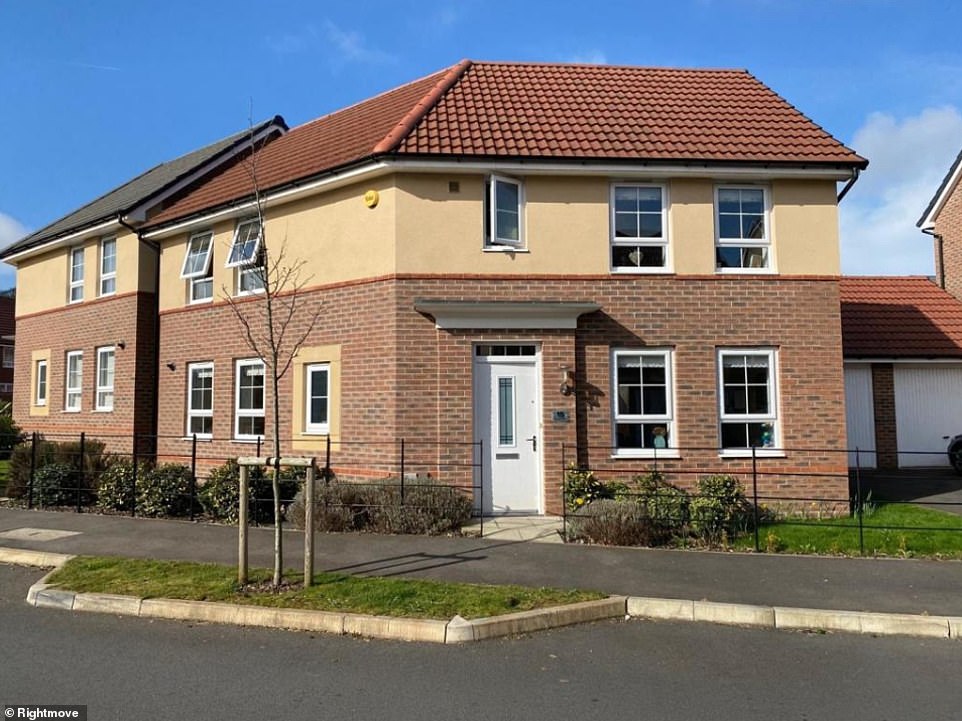 This property in Broxtowe, Nottingham, is currently on the market for £295,000. Last year the average home in Broxtowe cost  £207,590 but the area has since seen a 30 per cent increase in its average house price 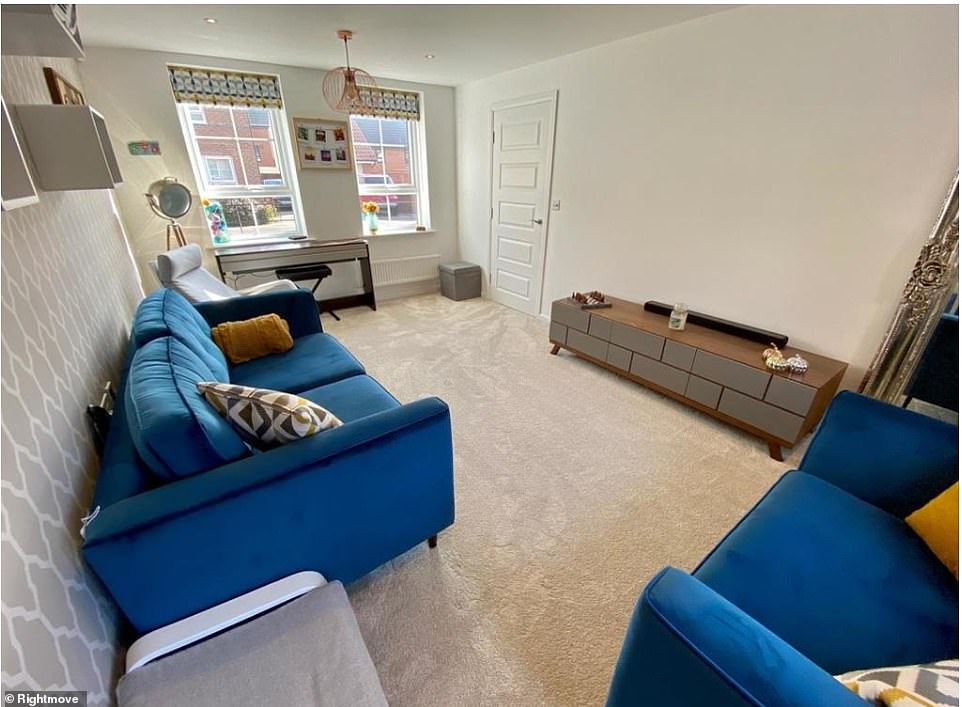 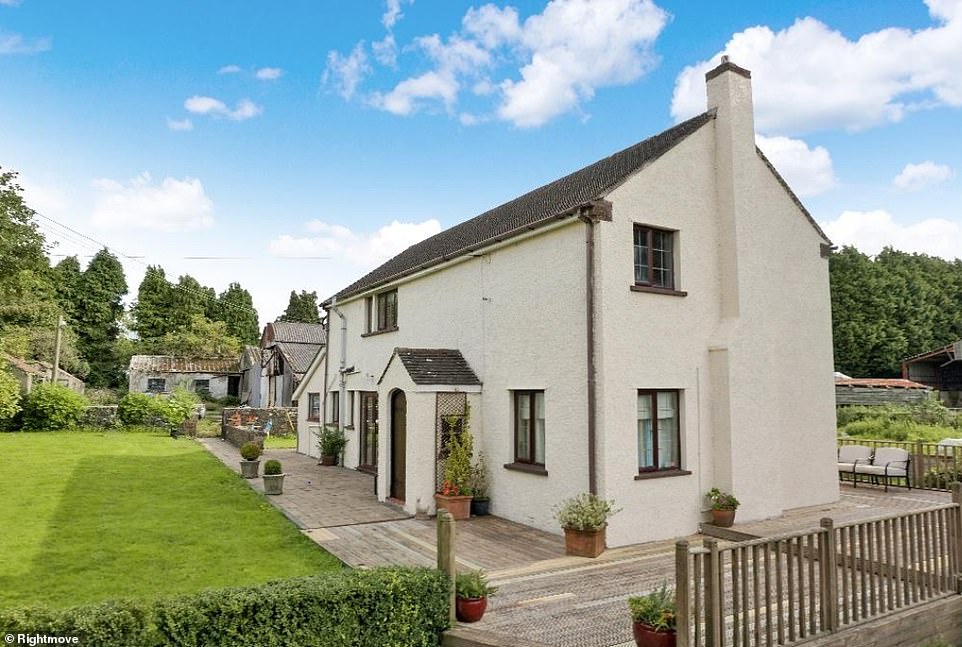 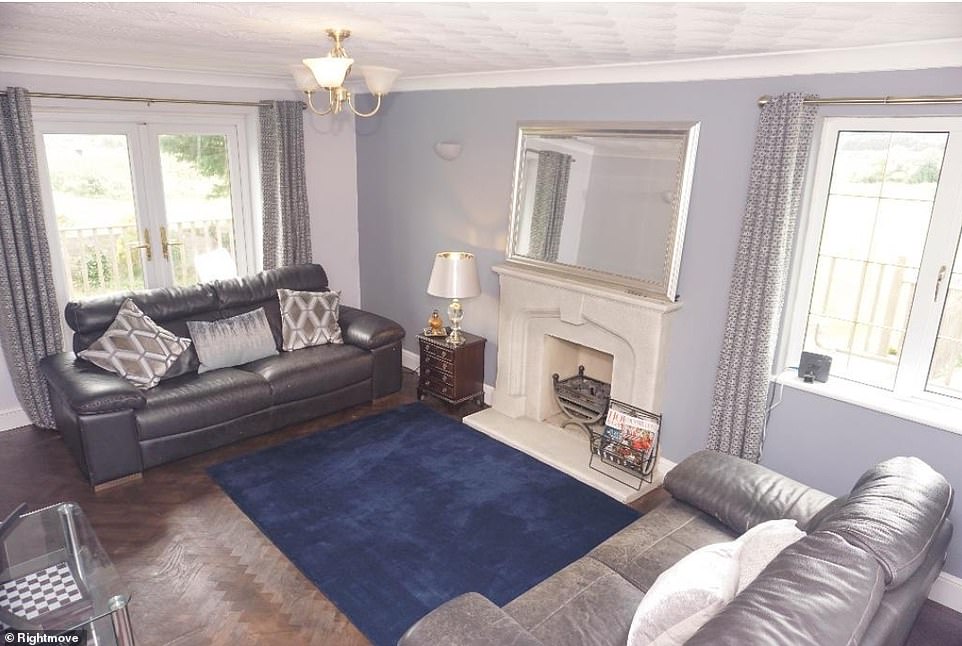 The country property, which is located within five acres of land, comes with three-bedrooms, a renovated kitchen and a spacious living room with a fireplace

Earlier this month it was revealed that house prices had soared by almost 10 per cent over the past year as the pandemic boosted demand for larger properties and gardens.

The average home now costs £261,743, according to the Halifax bank’s May House Price Index – a new record high.

This takes the level of house price inflation to its strongest in almost seven years.

It came after figures from Nationwide showed that the price of a typical UK home was up by 10.9 per cent in 12 months, the biggest annual rise since August 2014.

According to Halifax, Wales has seen the fastest rate of growth over the past 12 months. This is closely followed by the North West and the Yorkshire and Humber region as locked-down homeowners hunted for more space and outdoor access. 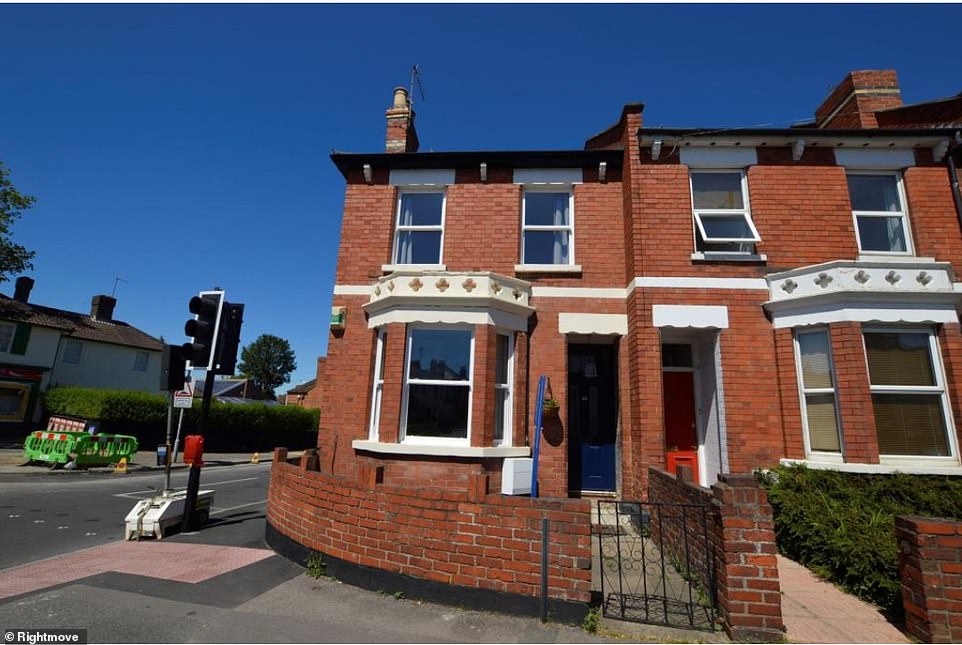 This three-bedroom house in Cheltenham, Gloucestershire, is currently up for sale for £300,000. Properties in the area have seen an average house price increase of 28.3 per cent in the past year 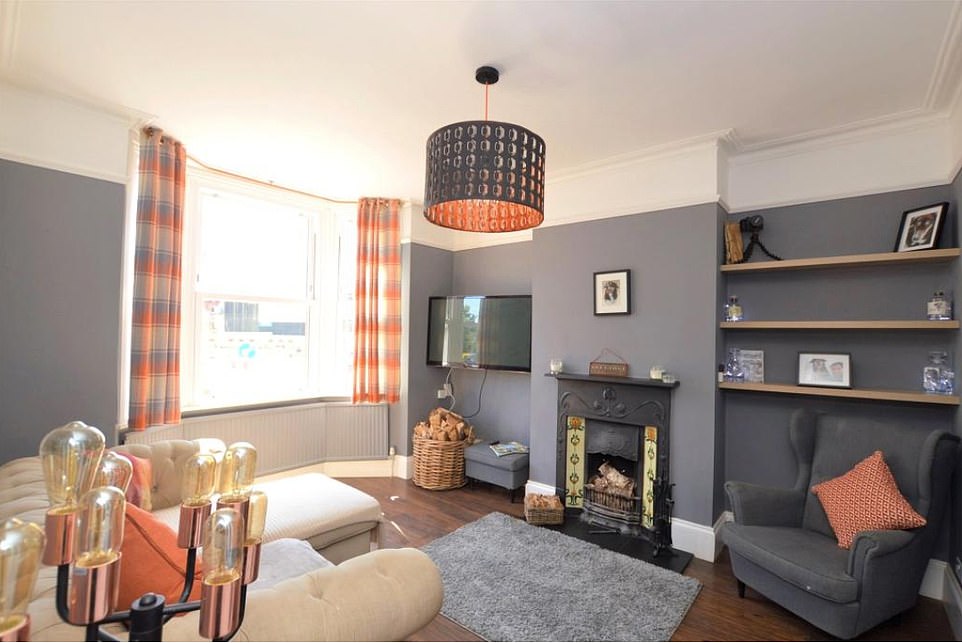 The property comes with a westerly facing garden, off road parking and a spacious living room that comes with a fireplace 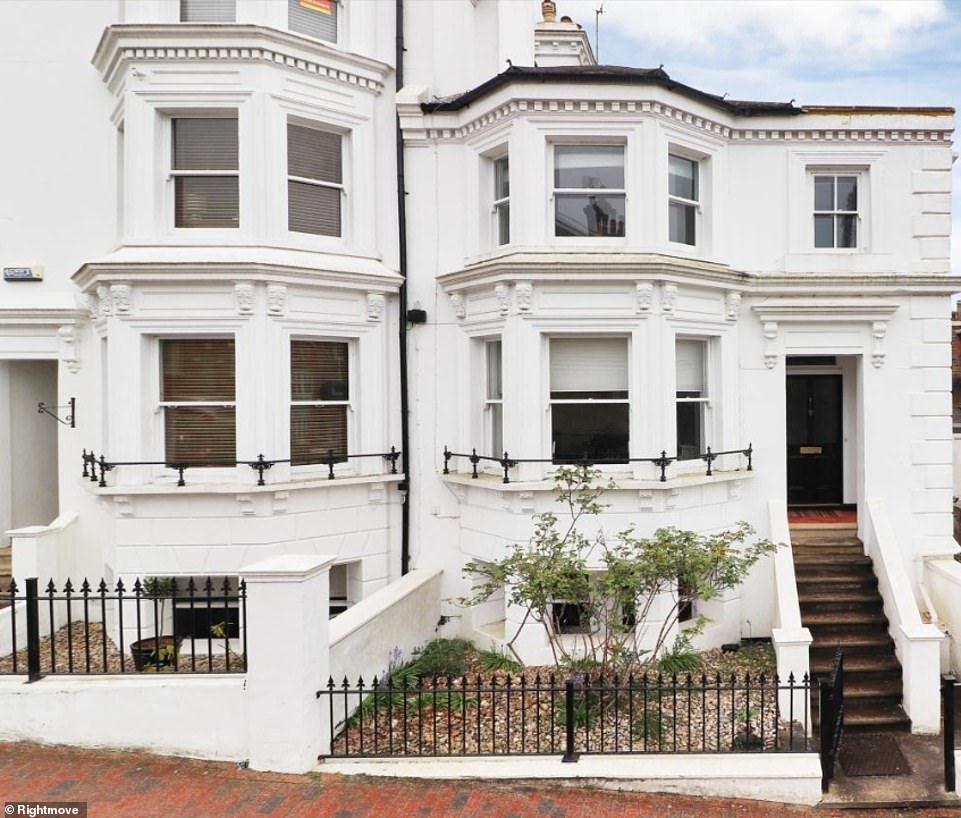 This property in Tunbridge Wells, Kent, comes with three bedrooms, two bathrooms and garden and three reception rooms. It is currently up for sale for £900,000. Last year the average property price in the area was £461,320 but properties in the area have now seen an average increase of 24 per cent 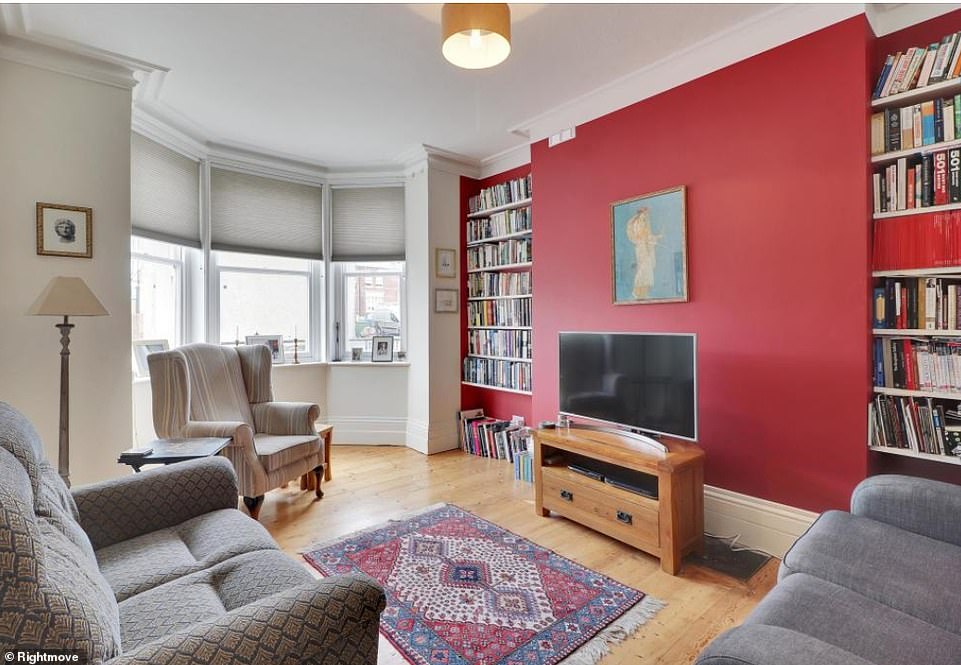 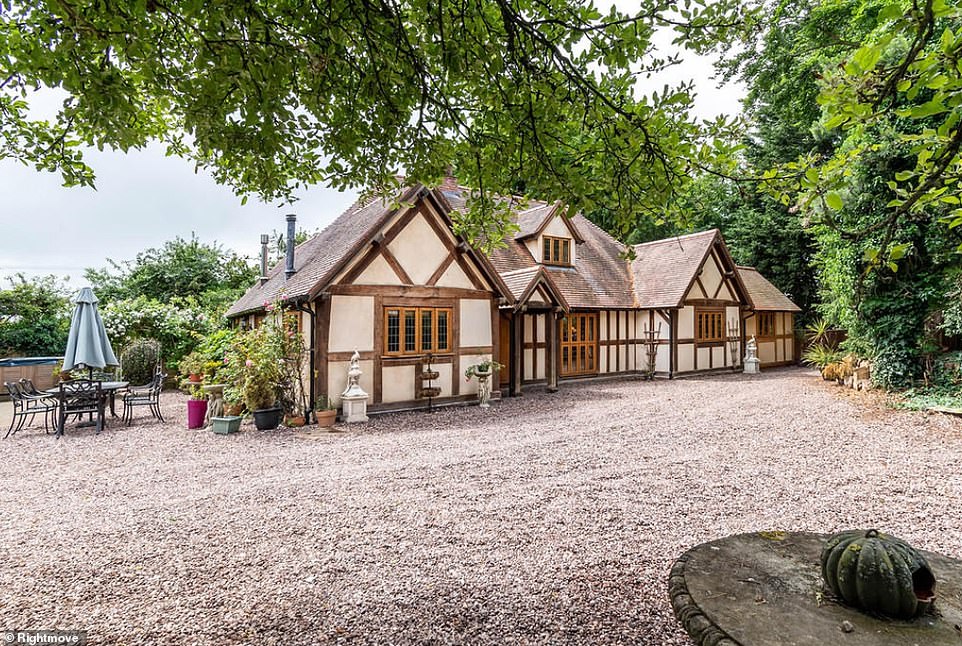 This three-bedroom property in Bromsgrove, which is among the areas that has seen a surge in property interest, is now om the market for £595,000. Data shows property prices in the area have increased by an average 27 per cent in the past year 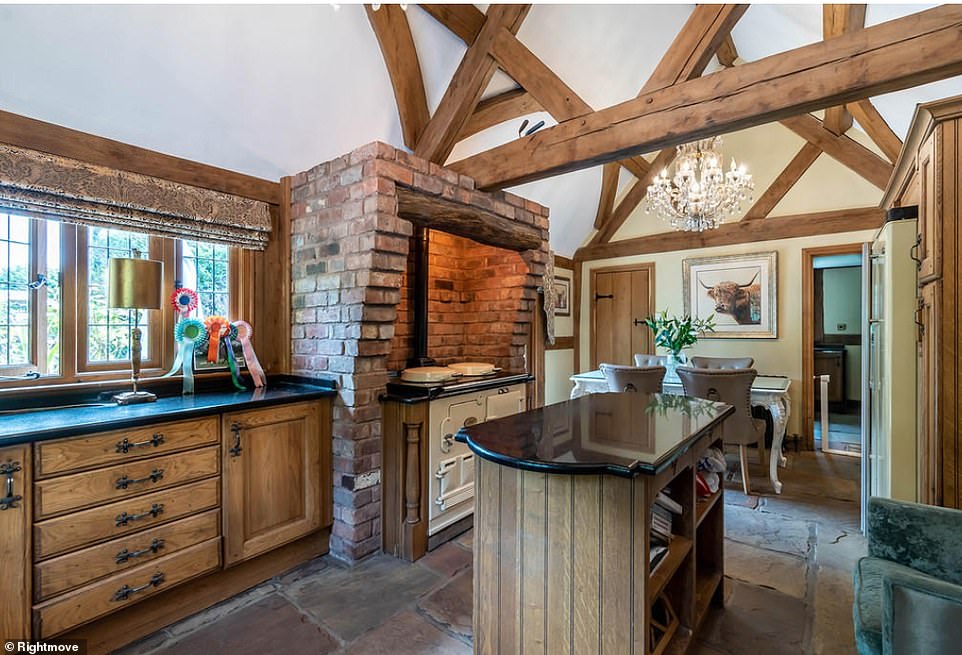 The stylish property features a large dining room, two bathrooms, a study, a cloakroom, a utility room and a living room on the ground floor 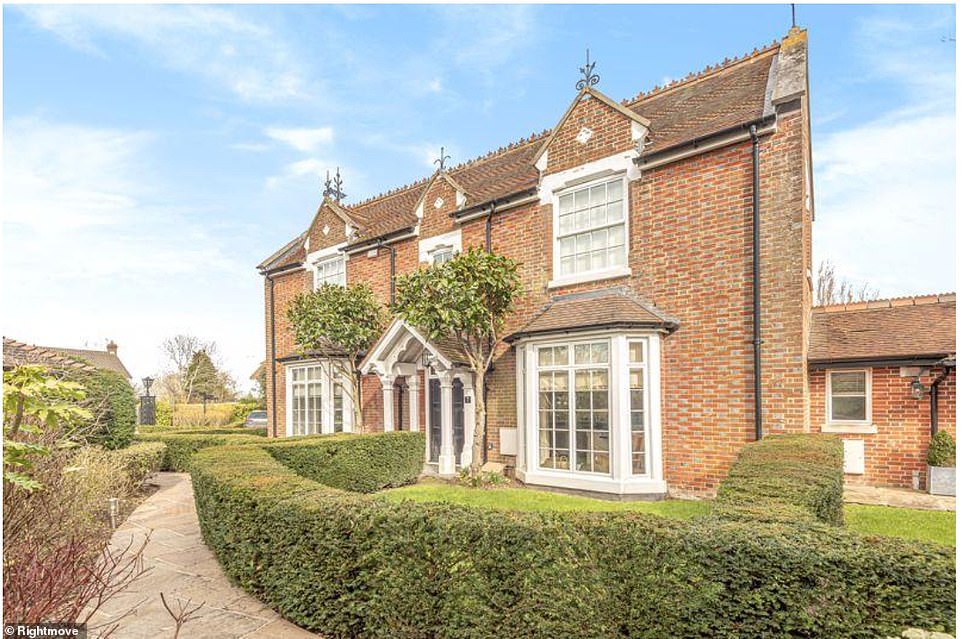 This luxurious property in Hampshire is currently on the market on Rightmove for a whopping £895,950. The area has seen a surge in demand for properties as more city-dwellers work from home amid the pandemic 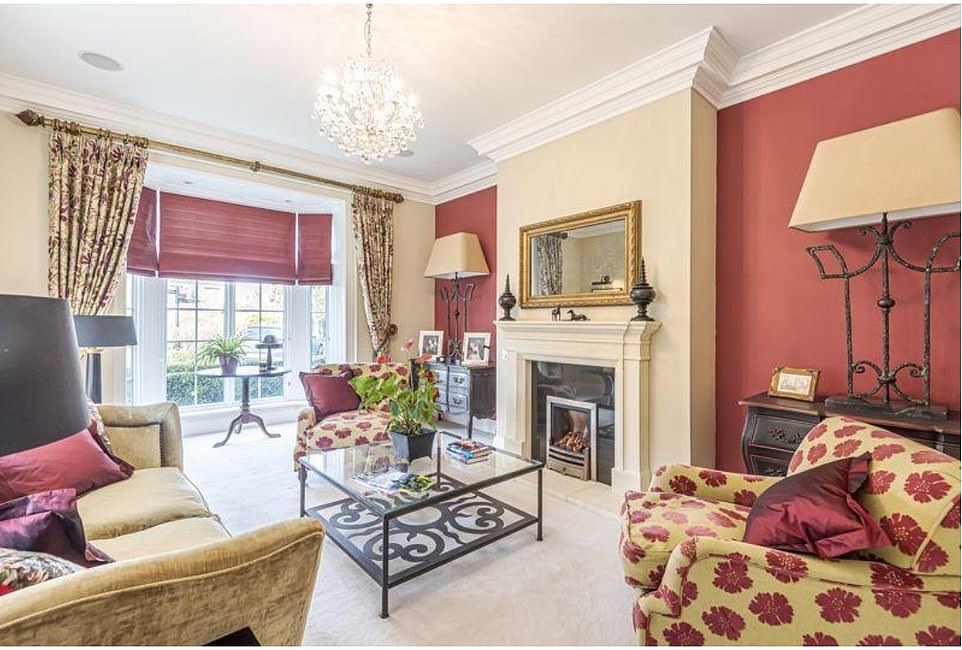 The property comes with three bedrooms, a fully fitted kitchen, a courtyard garden, a garage and a spacious living room that provides views of the outside greenery

The Government’s stamp duty holiday, introduced when the pandemic hit last year, has also fuelled the rapid rise in prices.

Buyers will now be rushing to take advantage of the tax break before it begins to taper off at the end of this month, ending entirely on September 30.

But the South of England, which has traditionally been the growth engine of UK housing prices, is lagging behind – especially in Greater London where prices are up just 3.1 per cent.

In November last year, a Zoopla report revealed that the average rents in London are now 5.2 per cent lower than they were a year ago – while those in Birmingham, Manchester and Edinburgh are also dropping.

The Zoopla report said: ‘The rental declines in the capital reflect the changing picture on working and commuting patterns and tourism.

‘At the start of lockdown there was a shift from short lets to long lets, especially in the centre of the city, pushing up supply in the sector which is still being absorbed.’

Dad, 43, dies of cancer after fundraising campaign to buy his wife and two-year-old son a home before he passed away