Located between Orkney and Shetland, it is Britain’s most remote inhabited island with more puffins than people.

Now Fair Isle is looking for a new head teacher to join its 60-strong community.

In a role described as a ‘once in a lifetime opportunity’, the head will join two support staff at Fair Isle Primary School, which currently has three pupils.

He or she will work 35 hours a week and receive a salary of £56,787 a year, plus an annual payment of £2,265 under the Scottish government’s Distant Islands Allowance, to encourage qualified workers to take jobs on remote islands.

Fair Isle, which is owned by the National Trust for Scotland, is around 25 miles south of the Shetland mainland and 25 miles north of North Ronaldsay in Orkney. 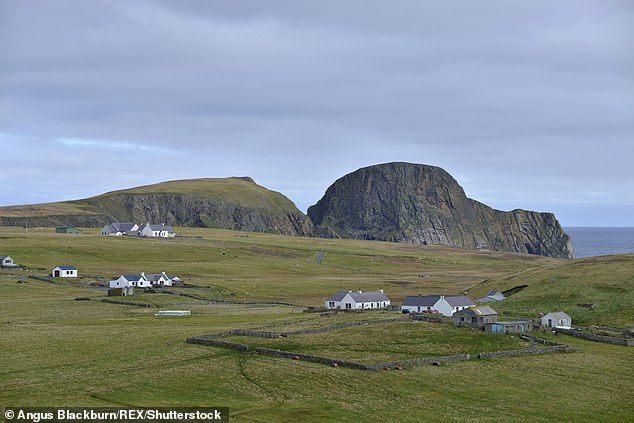 It can by reached by a two-and-a-half-hour ferry trip or 25-minute flight from Shetland.

Unsurprisingly, expenses will be paid to those attending the interview for the new head and a relocation package will be offered to the successful candidate.

The job advert says: ‘As well as the relevant qualifications and experience, qualities we are looking for are: a can-do attitude, vision, energy, initiative, good communication skills and self-discipline.’

Susannah Parnaby, of the Fair Isle Primary School Parent Council, said: ‘There are lots of opportunities for creative teaching. Fair Isle is a great place to live.’

The island – which is roughly three square miles – is known for its natural beauty, knitwear and seabirds including around 10,000 puffins at the last count.

Evaristo: 'Empire honours are old-fashioned but worth taking'