A driver who had committed an act of road rage and had begun taunting other road users was quickly served up a large dose of karma after he rear ended a vehicle directly in front of him while travelling down a busy highway.

The video, which looks to have been filmed somewhere in the United States, captures the moment the aggressive driver begins swearing out of his window at a fellow motorist.

Those travelling in the neighboring car and who managed to shoot the video clearly knew that something was about to unfold. 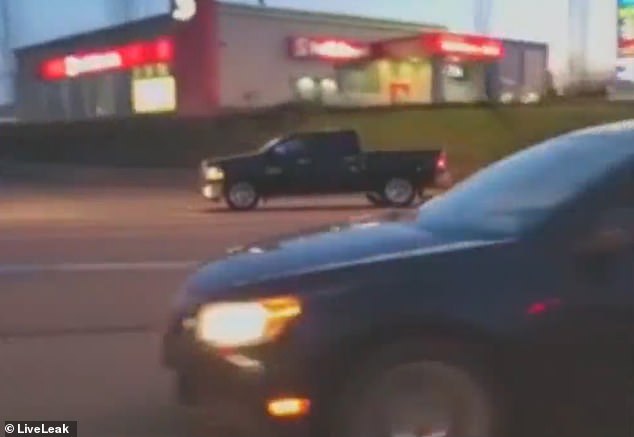 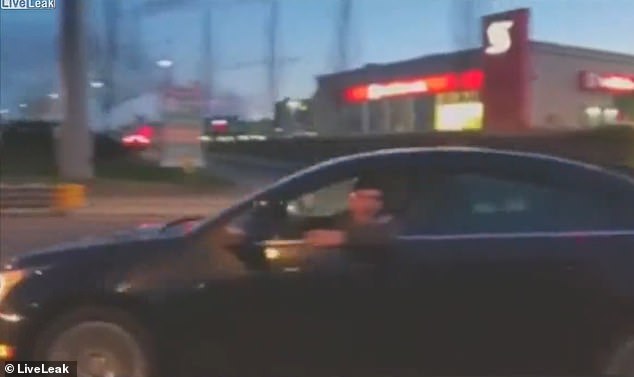 Knowing the perpetrator was about to pass them in the neighboring lane, one of the passengers decided to film as he drove by

A woman can be heard in the 10 second clip telling her passenger to start filming.

Moments later, as the camera is looking towards the road, the belligerent road raging driver can be seen coming into view.

Although it’s not possible to understand exactly what he was saying, a few choice swear words can be picked up by the camera’s microphone.

Just as he finishes speaking, his journey is brought to an abrupt end as he slams into the back of a car in the next lane.

The cameraman lets out an almighty cackle just as the road rage vehicle comes to a sudden stop.

The very last thing viewers are able to see is the car running the back end of a yellow vehicle and the driver’s airbag inflating. 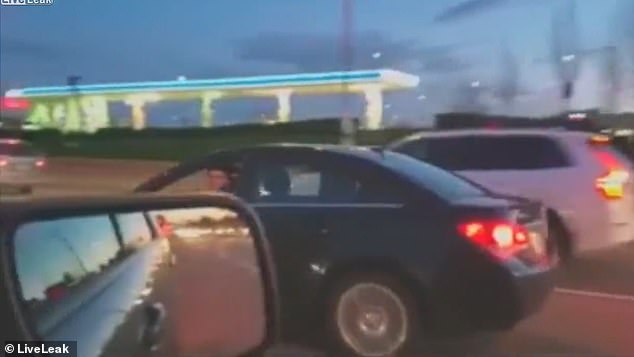 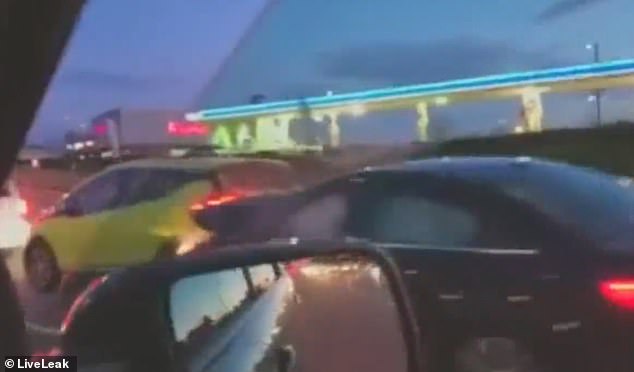 First arrivals forced to quarantine in hotels are RELEASED

Over 1,500 COVID-19 deaths reported in US, the most in a single day since May