Notorious au pair and alleged fraudster Samantha Azzopardi is set to plead guilty to three counts of child stealing after originally planning to fight the charges in court.

The 31-year-old, who faced court via video link from jail on Tuesday, was arrested in Bendigo on November 1, 2019, after she was found with a 10-month-old and a four-year-old girl. 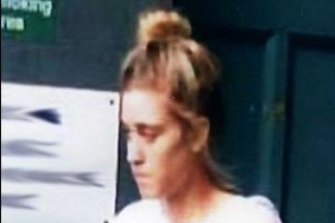 Samantha Azzopardi has indicated she will plead guilty to a number of child stealing charges.

The girls were returned to their parents unharmed and Ms Azzopardi was charged with two counts of child stealing.

In the months after her arrest, she was charged with dozens more offences, including three more counts of child stealing, obtaining property by deception and theft.

Ms Azzopardi previously indicated she would fight the 55 charges, and six witnesses – including Australian basketball star Tom Jervis and his wife, Jazze Jervis, who hired the 31-year-old as an au pair several years ago – were due to give evidence during a committal hearing on Tuesday.

However, her lawyer, Jessica Willard, told the court the matter had been resolved.

Prosecutor Kristie Churchill said she understood Ms Azzopardi intends to plead guilty to three counts of child stealing. These relate to the two children in Bendigo, and a third child who Ms Azzopardi allegedly took between March 1 and April 18, 2019.

Ms Azzopardi allegedly duped the young girl by pretending to be a talent scout called Marley and offering her a place in a mentoring program.

Police alleged that while the girl was in her care, Ms Azzopardi took her to the Royal Melbourne Hospital, the office of Victoria Legal Aid and to a Centrelink office interstate.

Court documents say Ms Azzopardi “by fraud took a child under the age of 16 years with intent to deprive the mother, step-father, father and step-mother of the possession” of the girl.

The court was also told Ms Azzopardi intends to plead guilty to handling stolen goods – which relates to Ms Jervis’ driver’s licence – the theft of an iPad and obtaining property by deception.

She will also plead guilty to making false reports to Victoria Police about “child welfare concerns and physical assaults” between July 9 and November 1, 2019.

The remaining charges, which included two counts of child stealing, will be withdrawn by the prosecution, she said.

Ms Azzopardi, wearing a blue jacket, black pants and a face mask, sat looking at the floor for most of the hearing and did not speak except to confirm she could see and hear what was going on.

She will next face court on April 27, when prosecutors will apply for Ms Azzopardi’s case to stay before a magistrate, rather than go before the County Court where higher penalties would apply.

If the application is granted, Ms Azzopardi is also expected to plead guilty on this date.

Ghislaine Maxwell's suspected husband 'threatened to use Tasers and neck-holds on intruders' at their $2.4m mansion