Samantha Cameron’s designer clothing firm used the furlough scheme to pay wages – but has £600,000 cash in the bank and is increasing its workforce

Samantha Cameron used the furlough scheme to pay wages at her designer clothing label during the pandemic – despite having nearly £600,000 cash in the bank and increasing its workforce, The Mail on Sunday can reveal.

The latest accounts for her upmarket Cefinn brand show that it retained a six-figure bank balance last year despite Covid.

The accounts – published while Mrs Cameron was pictured at Goodwood Ladies Day drinking champagne with her stepfather Viscount Astor – raise questions about why the company needed to make any furlough claims.

It comes weeks after it emerged that her husband David Cameron was being paid more than $1 million a year by Greensill Capital, a financial services supplier that went into administration in March.

As a part-time adviser, the former Prime Minister tried to secure government support for the ailing company.

Mrs Cameron founded Cefinn in 2017. It is bankrolled by the Tory donor Lord Brownlow – who contributed nearly £60,000 to the cost of renovating Boris Johnson’s flat at No 10 last year. 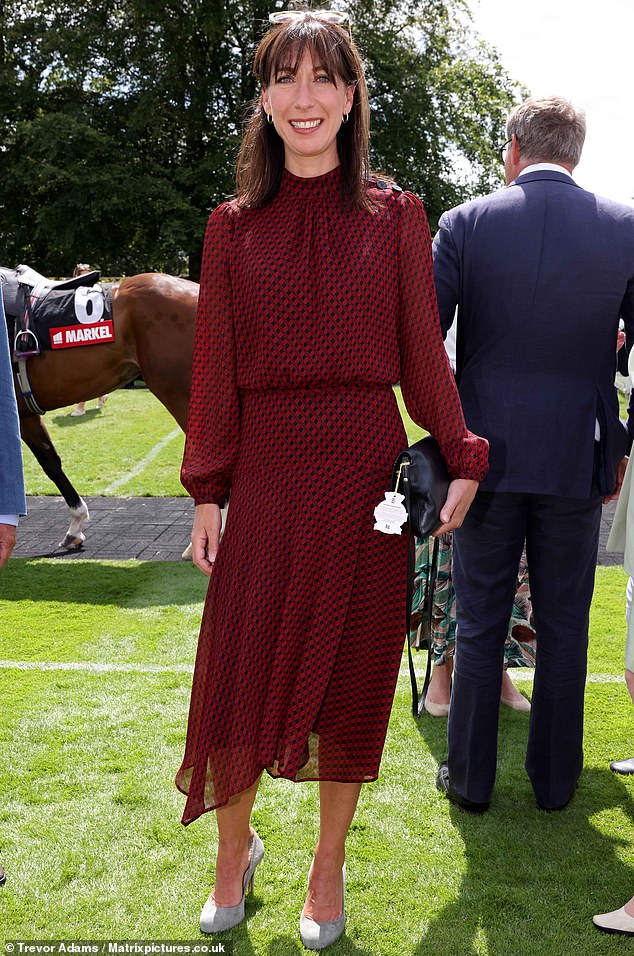 The accounts – published while Mrs Cameron was at Goodwood Ladies Day (pictured) drinking champagne with her stepfather Viscount Astor – raise questions about why the company needed to make any furlough claims.

He is a director of Cefinn’s parent company, Samantha Cameron Studio Limited. Its financial statement for the year to October 31 last year showed it had £585,118 in the bank.

The company has continued to make monthly claims on the state to pay staff wages, with the most recent payment made in April.

The business also added to its workforce, the accounts reveal, while keeping staff on furlough.

The furlough scheme was designed in response to the pandemic to allow employers to keep staff at risk of redundancy.

But the accounts show the business expanded its staff from 16 to 21.

A spokesman for Cefinn declined to comment when asked why the company used the furlough scheme when its accounts showed it had nearly £600,000 in the bank.

‘The dual impact of Brexit and Covid has been challenging,’ she said. 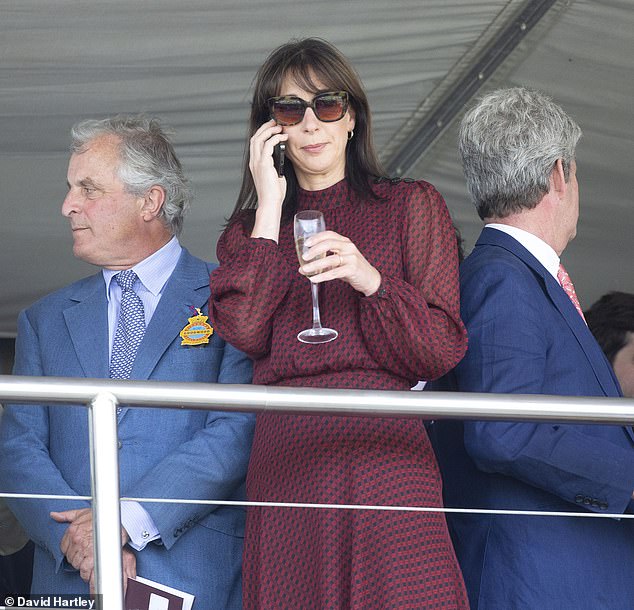 Mrs Cameron previously said about her business: ‘The dual impact of Brexit and Covid has been challenging.’ 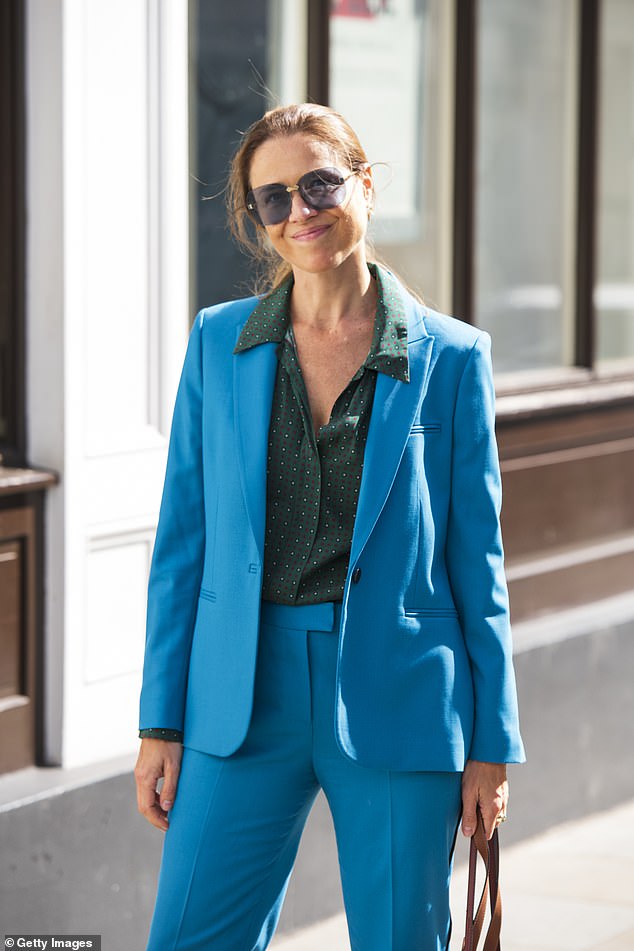 ‘Most of our customers are in the UK or the US, so they haven’t been affected, but we do have a small customer base in Europe, and that is definitely less profitable than it was.’

She added: ‘Luckily, quite a few of the people that we furloughed we were able to bring back into the business, so that was great.’

Asked last night whether the brand would repay its furlough support from the taxpayer, a Cefinn spokesman declined to comment.

Darwin Friend, a policy analyst at the TaxPayers’ Alliance, said: ‘Lockdown has had an immense impact upon the public finances and every penny counts.

‘Some businesses have repaid the support they received.

‘They must serve as an example for other firms that have come through the pandemic in rude health.

‘Taxpayers have long memories and are likely to remember those businesses that pulled out all the stops to help, and those that didn’t.’

Mark Brandford jailed for life for the murder of Kayleigh Dunning