FIVE people have been arrested on suspicion of attempted murder after a Black Lives Matter activist was blasted in the head at a party.

Sasha Johnson, 27, was left fighting for life after being shot at the bash in Peckham, South East London, on Sunday morning. 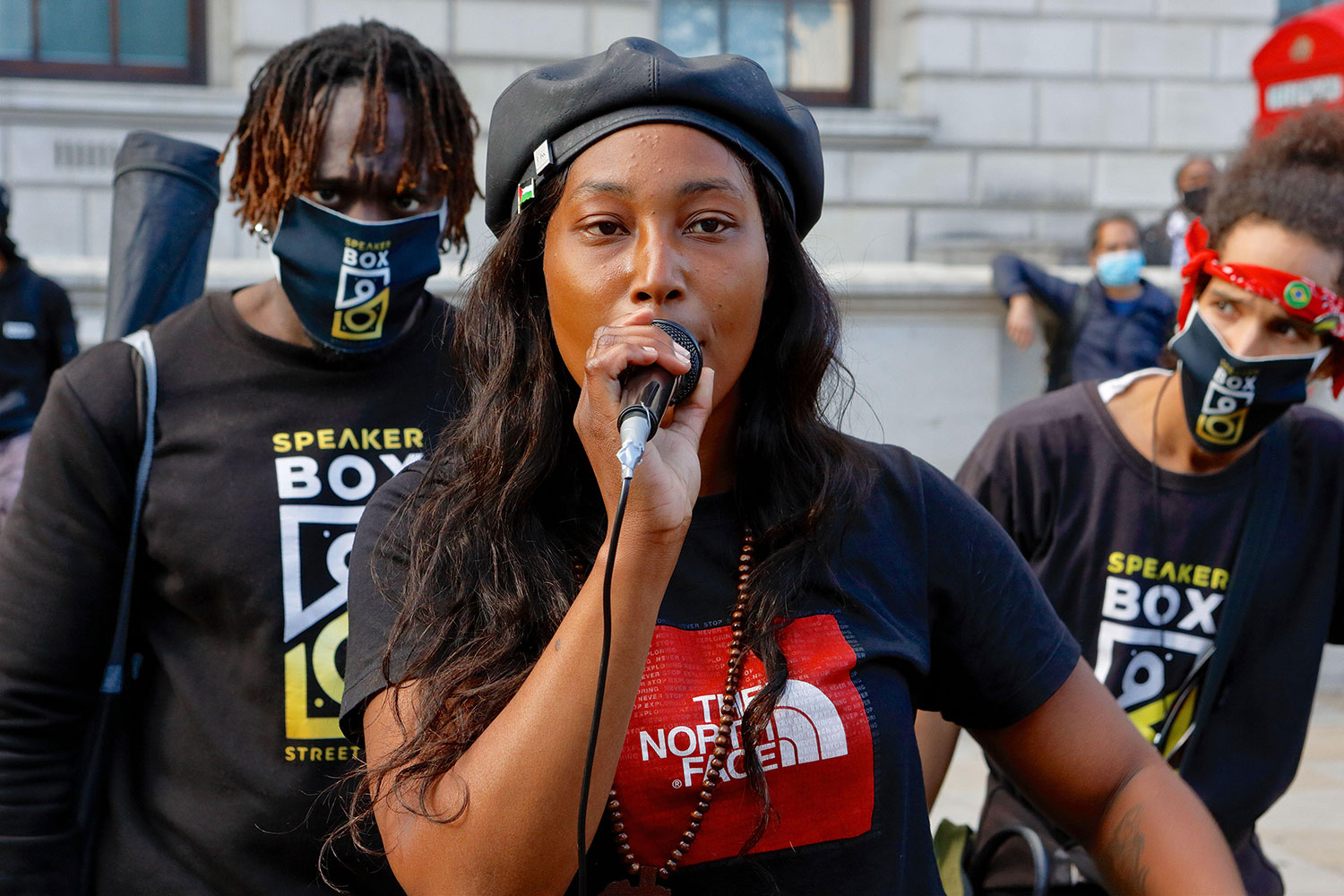 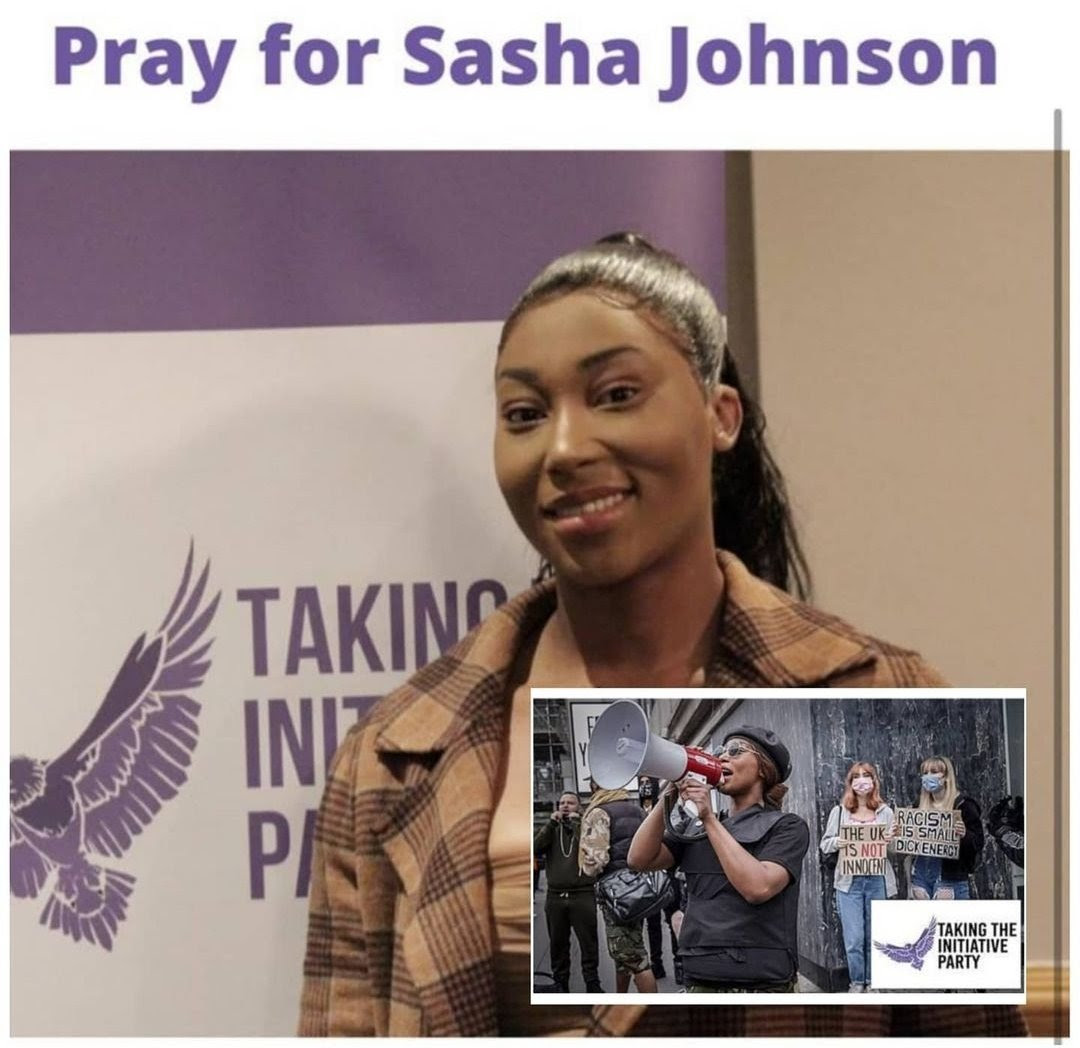 Police confirmed today five men aged between 17 and 28 are being quizzed on suspicion of attempted murder.

The 17-year-old was originally arrested on suspicion of possession of an offensive weapon and possession with intent to supply class A drugs after a search.

Three more suspects were then arrested on suspicion of affray and possession with intent to supply class B drugs.

The fifth, 25, was held following a police chase on suspicion of affray and failing to stop for police.

All five were then arrested over the shooting.

Detective Chief Inspector Richard Leonard from the Met’s Specialist Crime who leads the investigation said: “While the investigation remains in its early stages, these arrests show that progress is being made.

"However, I would continue to appeal to those who may hold information about the events that led to Sasha receiving her horrific injuries, or about those responsible, to do the right thing and come forward and speak to police.” 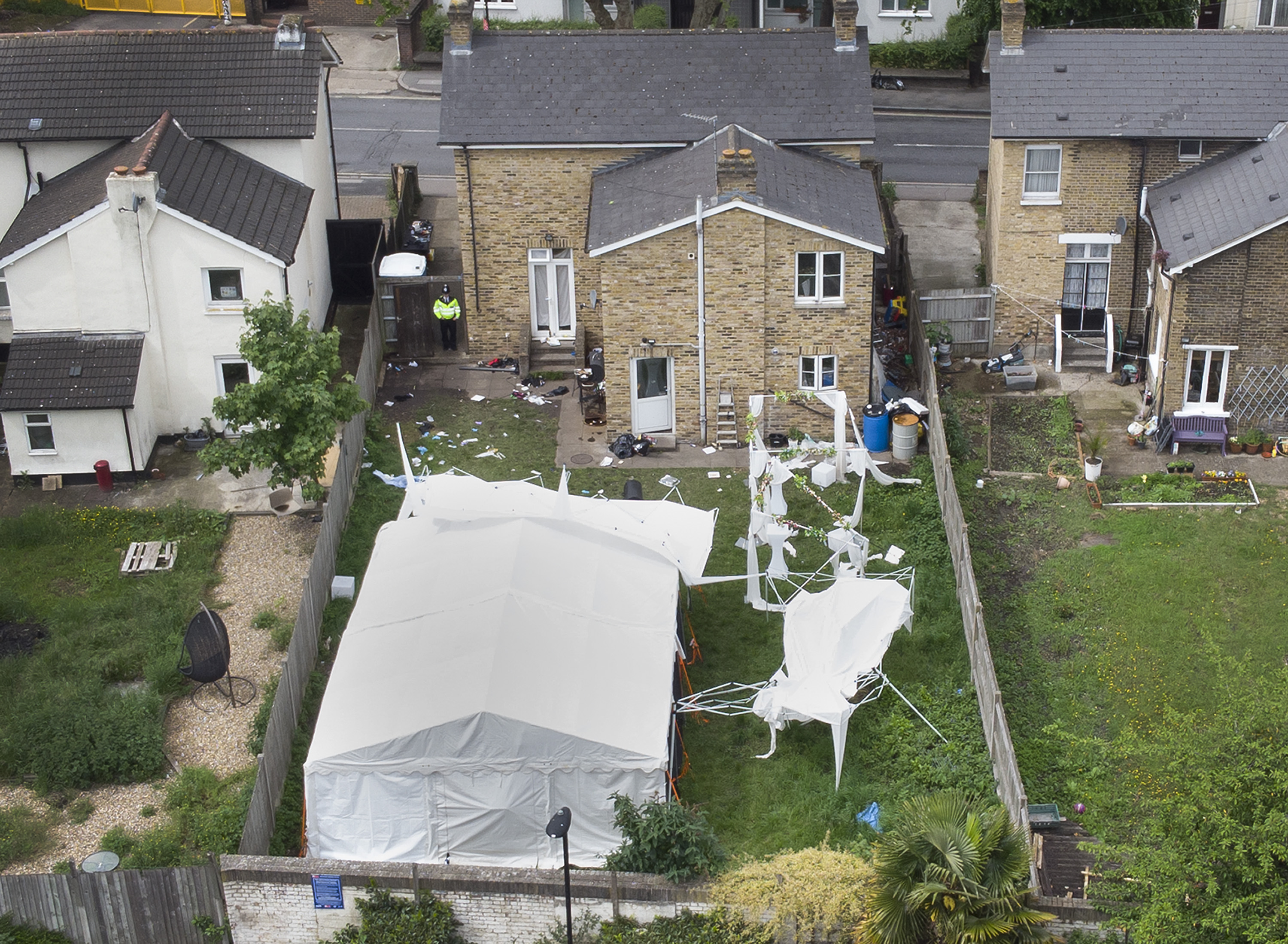 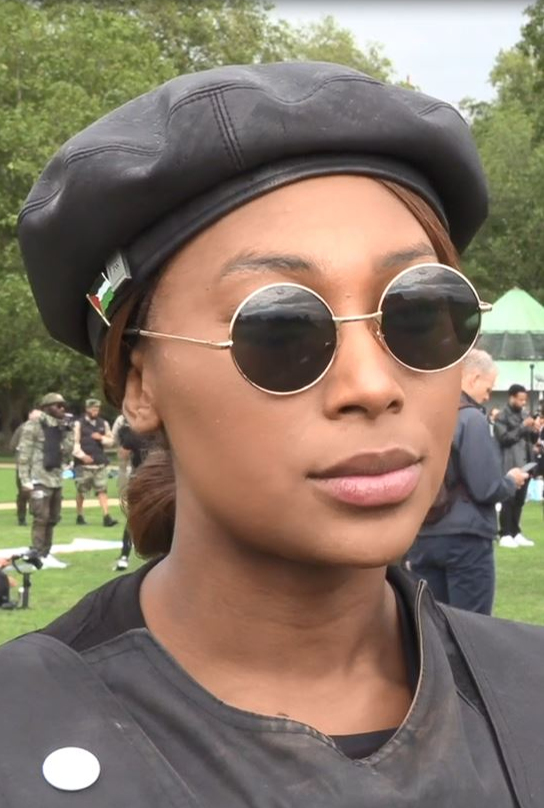 It comes after cops said a group of "four black males dressed in dark coloured clothing" opened fire in the garden at around 3am before fleeing.

They also said they don't believe the shooting was "targeted" and there is nothing to suggest the self-styled 'Black Panther of Oxford' received "death threats" before the attack.

But The Taking the Initiative Party (TTIP) claim Sasha, who was a founder, was gunned down after receiving" numerous death threats as a result of her activism".

And they have slammed cops over the investigation for "exercising damage control".

TTIP claims Sasha's car was broken into just weeks before the shooting but the thieves only took her megaphone in what they say was a "symbolic attack".

They said: "Ultimately, it appears as though the Met police are exercising damage control by underestimating the severity of this incident firstly by insinuating that Sasha's activism and involvement with Taking the Initiative Party and the BLM movement is not the cause of this incident, however, they have no evidence to show otherwise.

"The statement that there is nothing to suggest that Sasha was the victim of a targeted attack is entirely presumptuous, not taking into account that a bullet being shot into someone's head is entirely too accurate and precise to be an accidental shot." 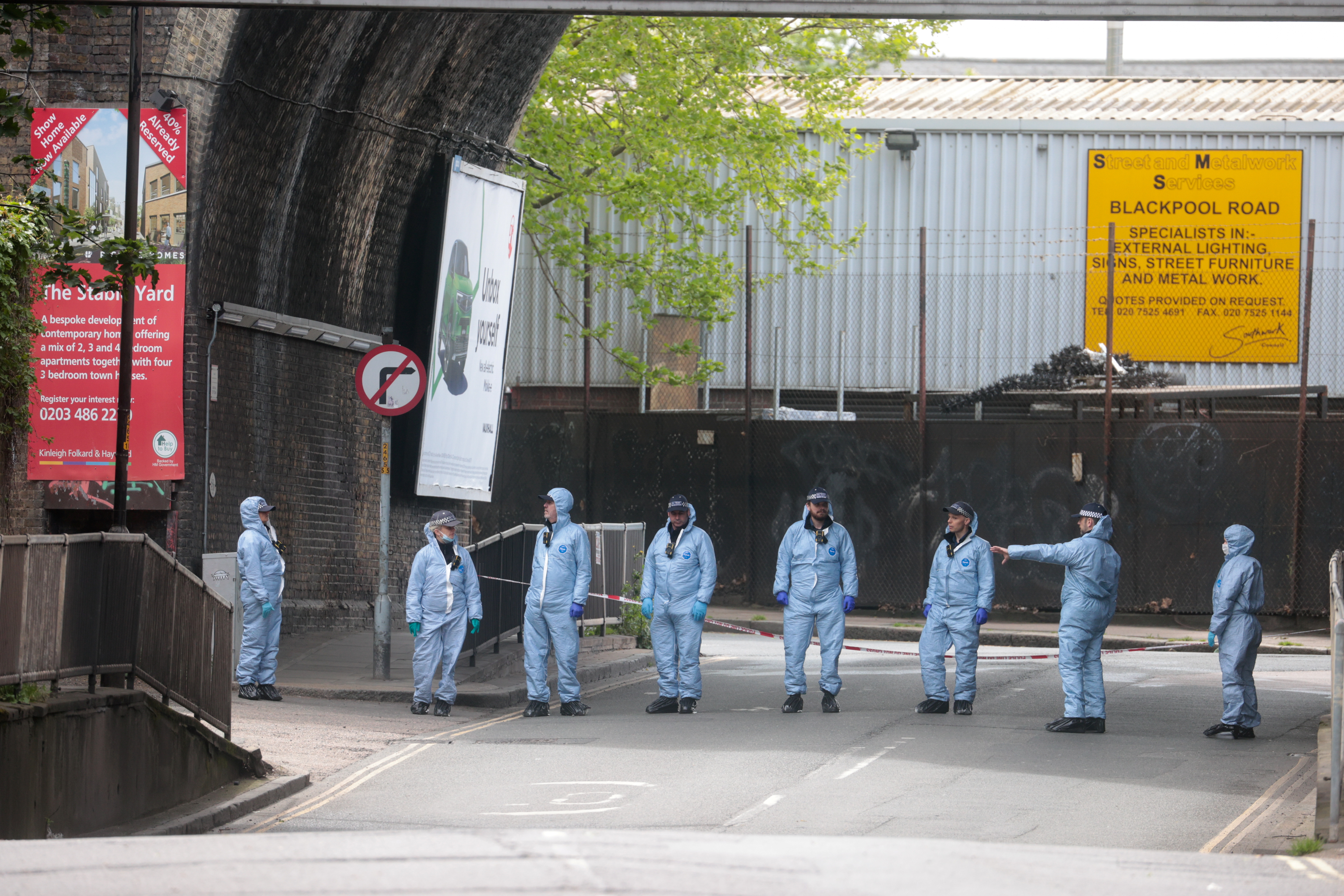 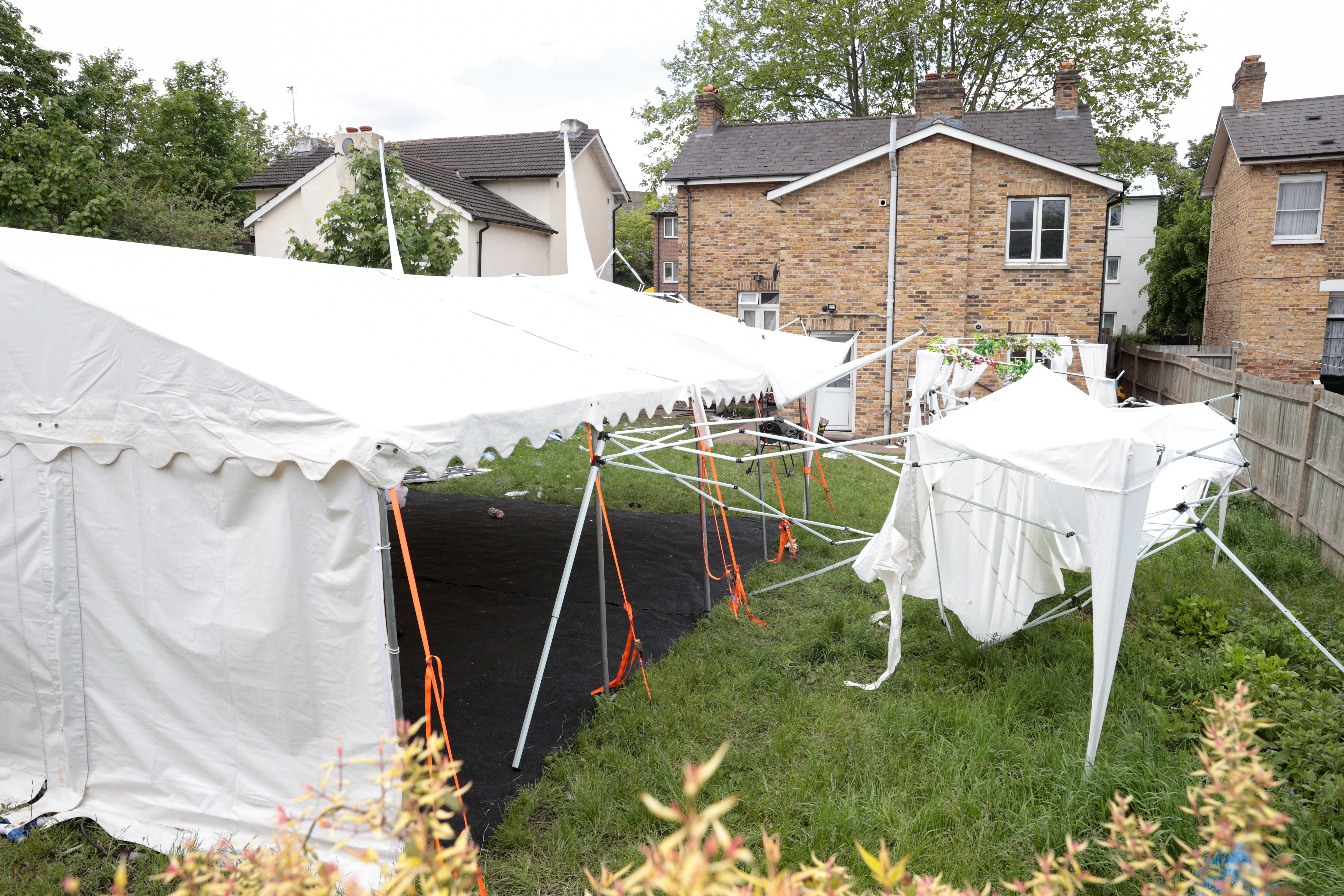 It comes after a pal, Imarn Ayton, claimed "rival gangs" were to blame for the shooting – rather than Sasha's "activism" for BLM.

Imran also revealed Sasha's surgery "went well" and she remains in hospital with her parents at her side.

She told the BBC: "There was a rival gang that may have heard about someone being in that party that they didn't feel quite comfortable with or trusted and so they resorted to driving past and shooting into the garden, and one of those shots obviously hit Sasha Johnson. But I don't believe she was the intended victim."

BLM held a vigil in Ruskin Park near King's College Hospital at 3pm on Monday to show support for the activist.

Upset friends and family were seen weeping and hugging each other as they gathered for Sasha. 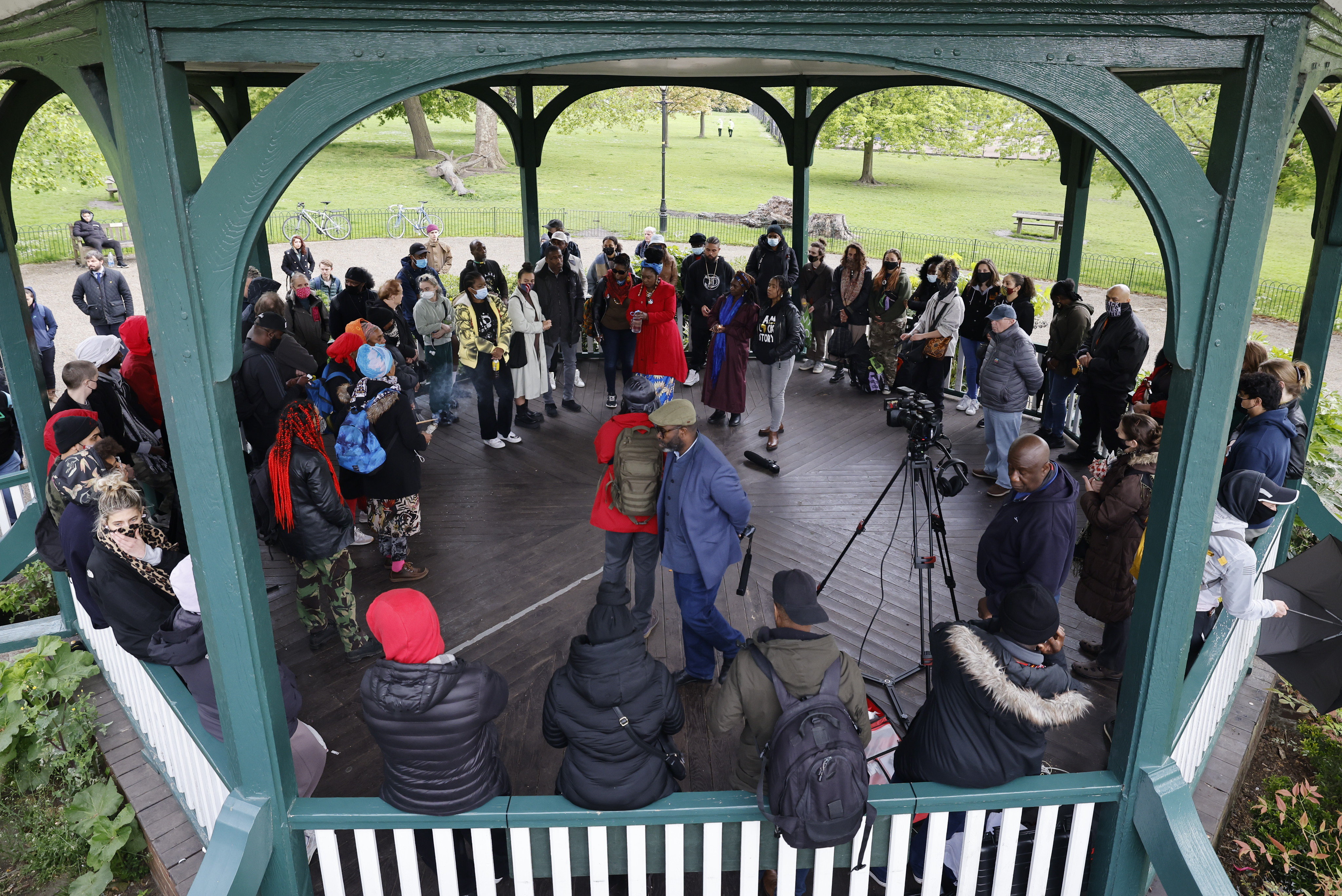 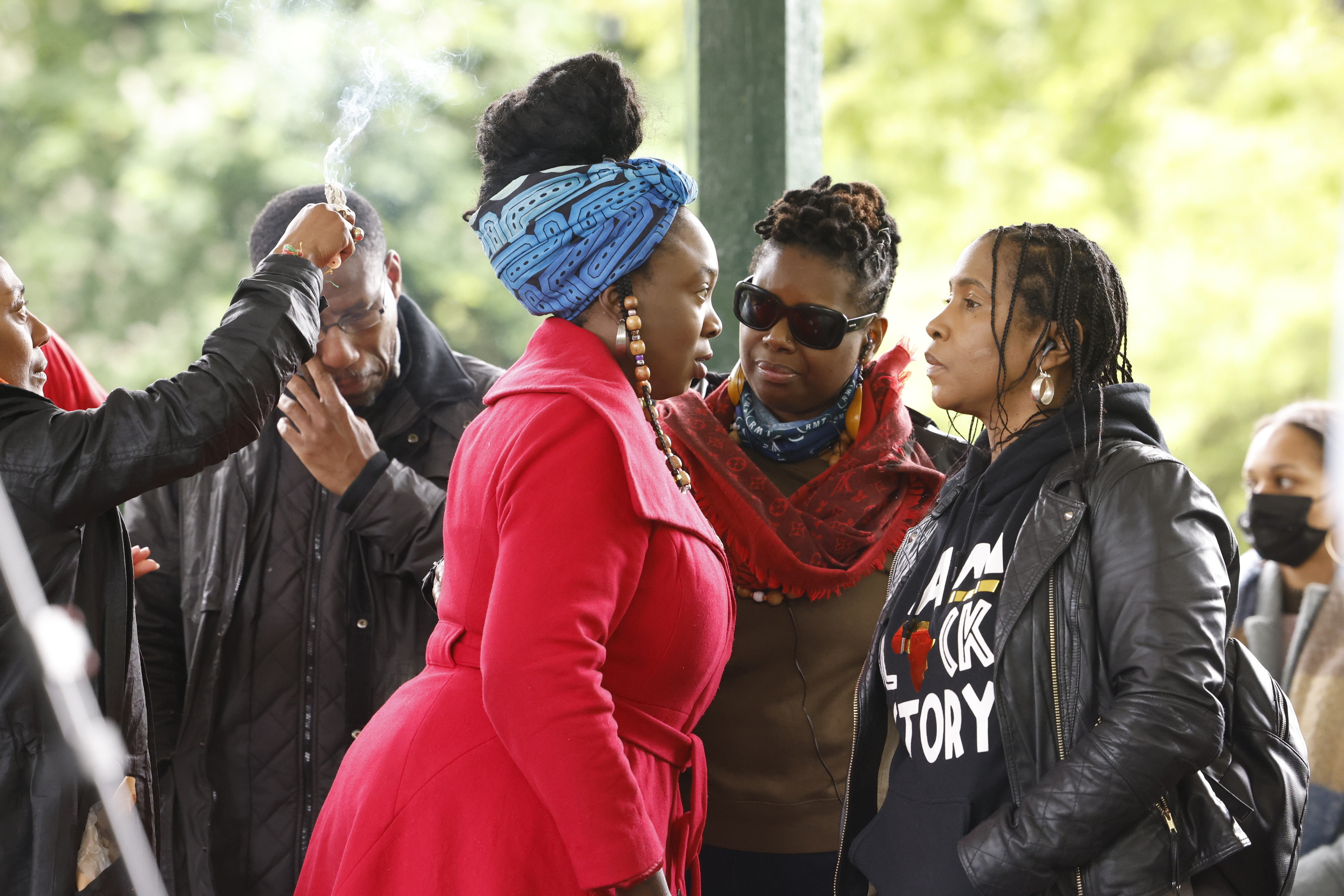 A horrified neighbour reported hearing gunshots ringing out as the house and a woman "hysterically crying" as the party ended in bloodshed.

While another said: "I heard two shots three seconds apart. Then a car screeched off and I heard a woman desperately shouting for help."

Police were scrambled to the shooting, which was close to a house party, at around 3am on Sunday.

She was rushed to hospital where she remains in a critical condition.

A man aged in his 20s suffered a superficial knife injury during the incident but has been discharged from hospital. 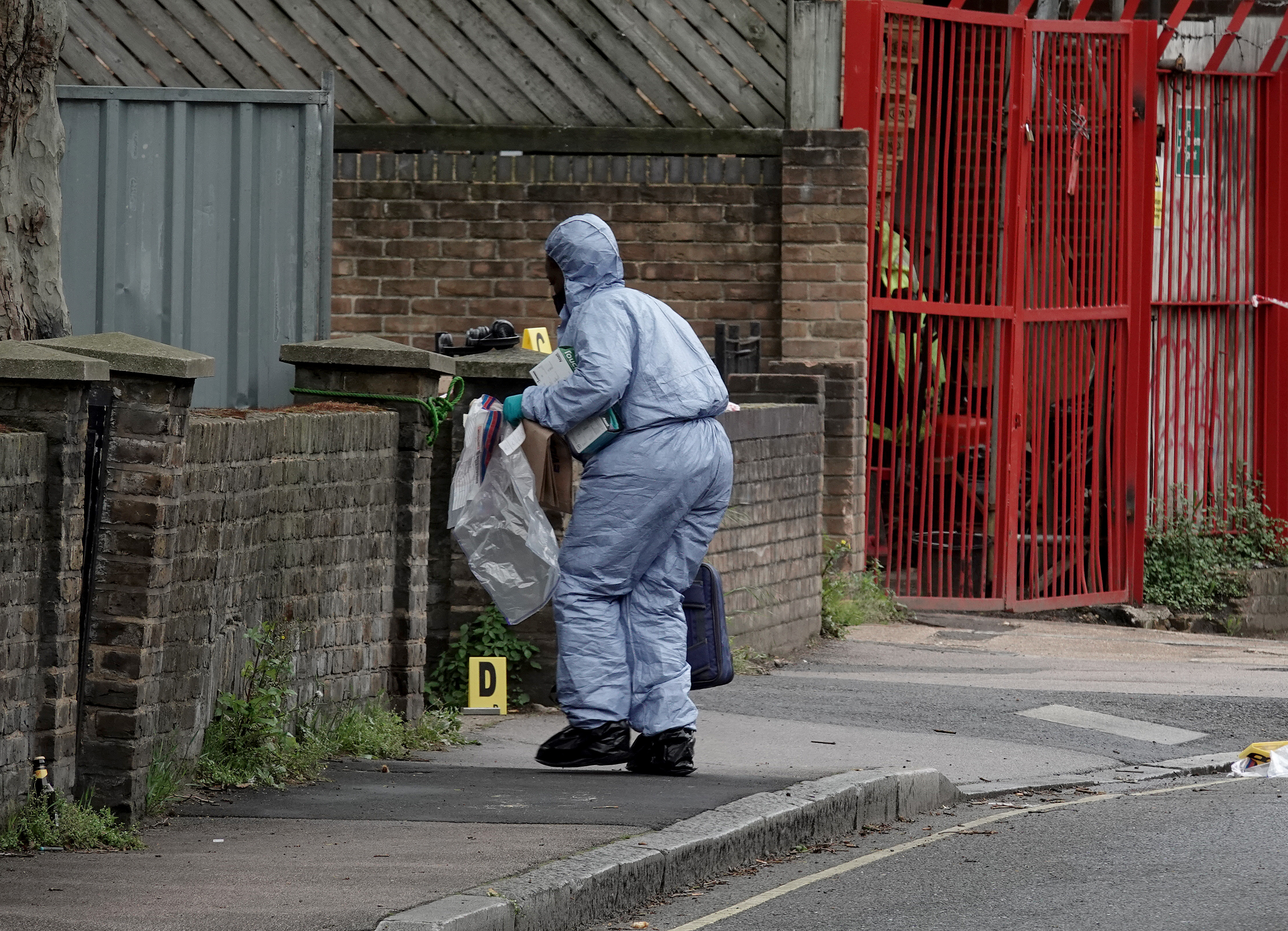 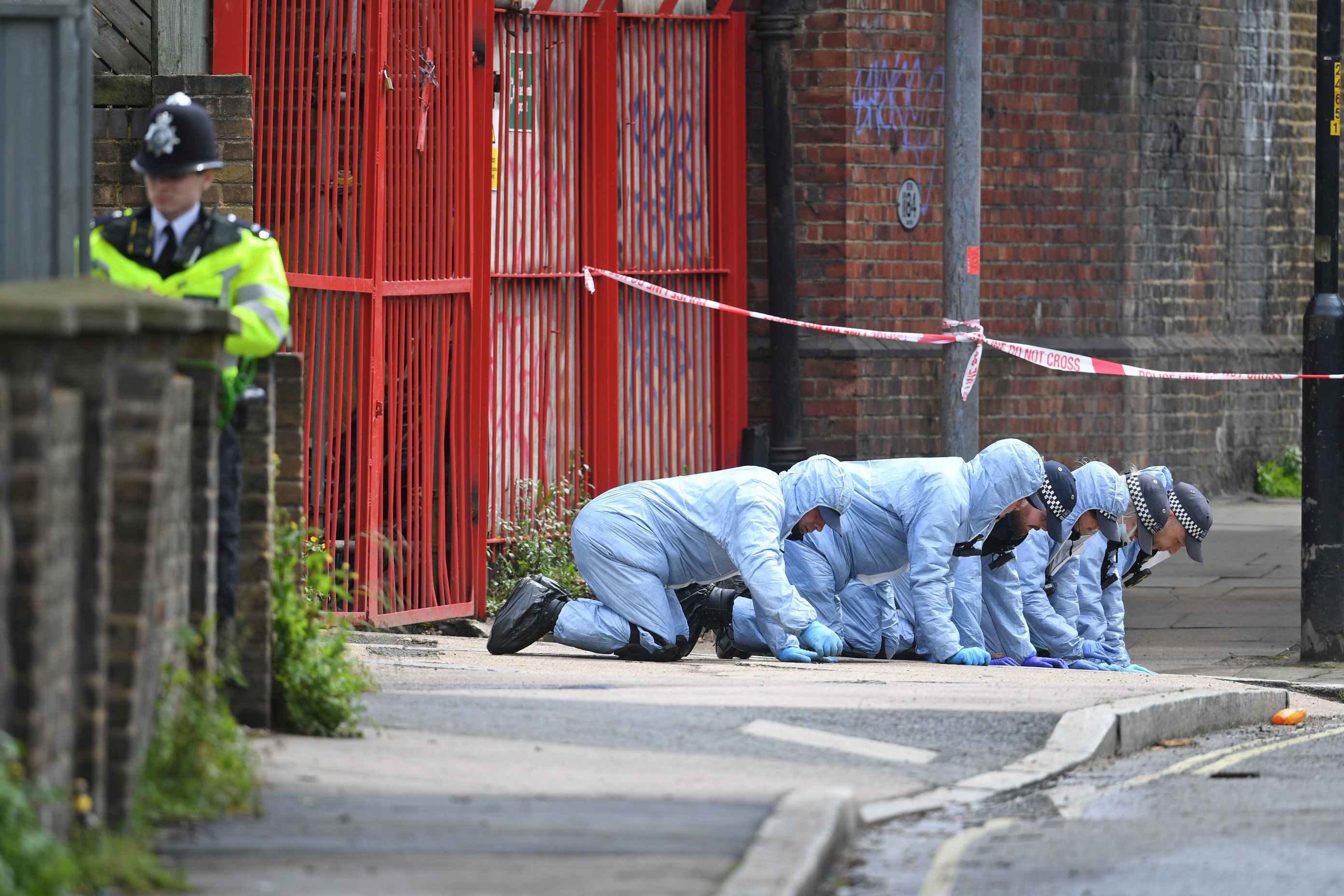 Sasha, who attended university in Oxford, had previously called for people accused of racism to be put on a sex offenders-style "race offenders register".

The youth worker and cafe owner gained attention over summer as a prominent figure at a number of BLM protests.

Sasha has since helped to found the Taking the Initiative Party.

She serves on the party's executive committee as the member in charge of activism.

Speaking previously about the party's proposals, Sasha floated the idea of a race offences list that would protect minority groups from racist abuse and other discriminatory behaviour.

She also called for the police to be defunded following the death of George Floyd in the US and wants reparations to be made to black people in Britain via tax breaks.

Black Lives Matter has sought to distance itself from groups like TTIP and said it was not behind attempts in October to register a political party using the BLM name. 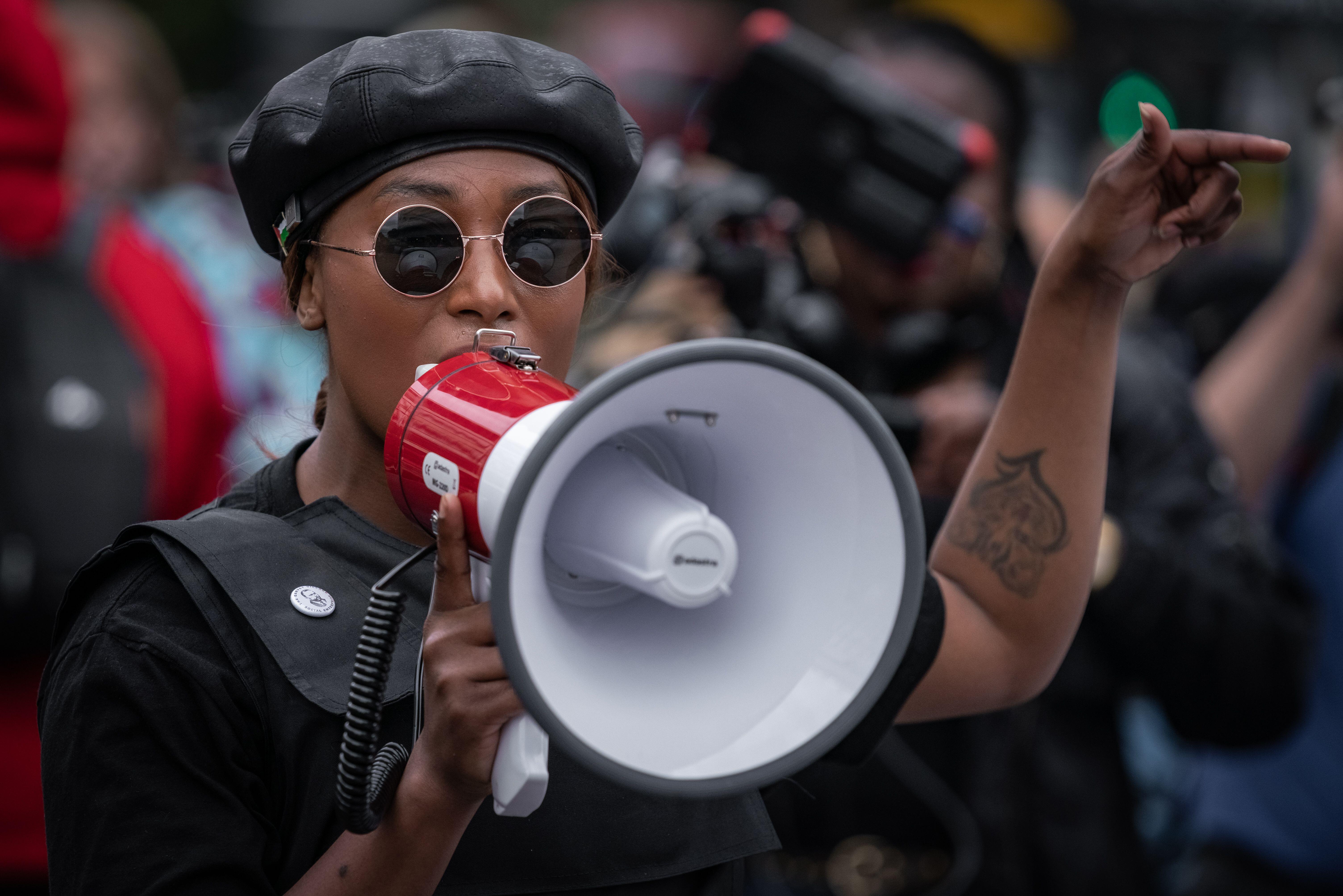 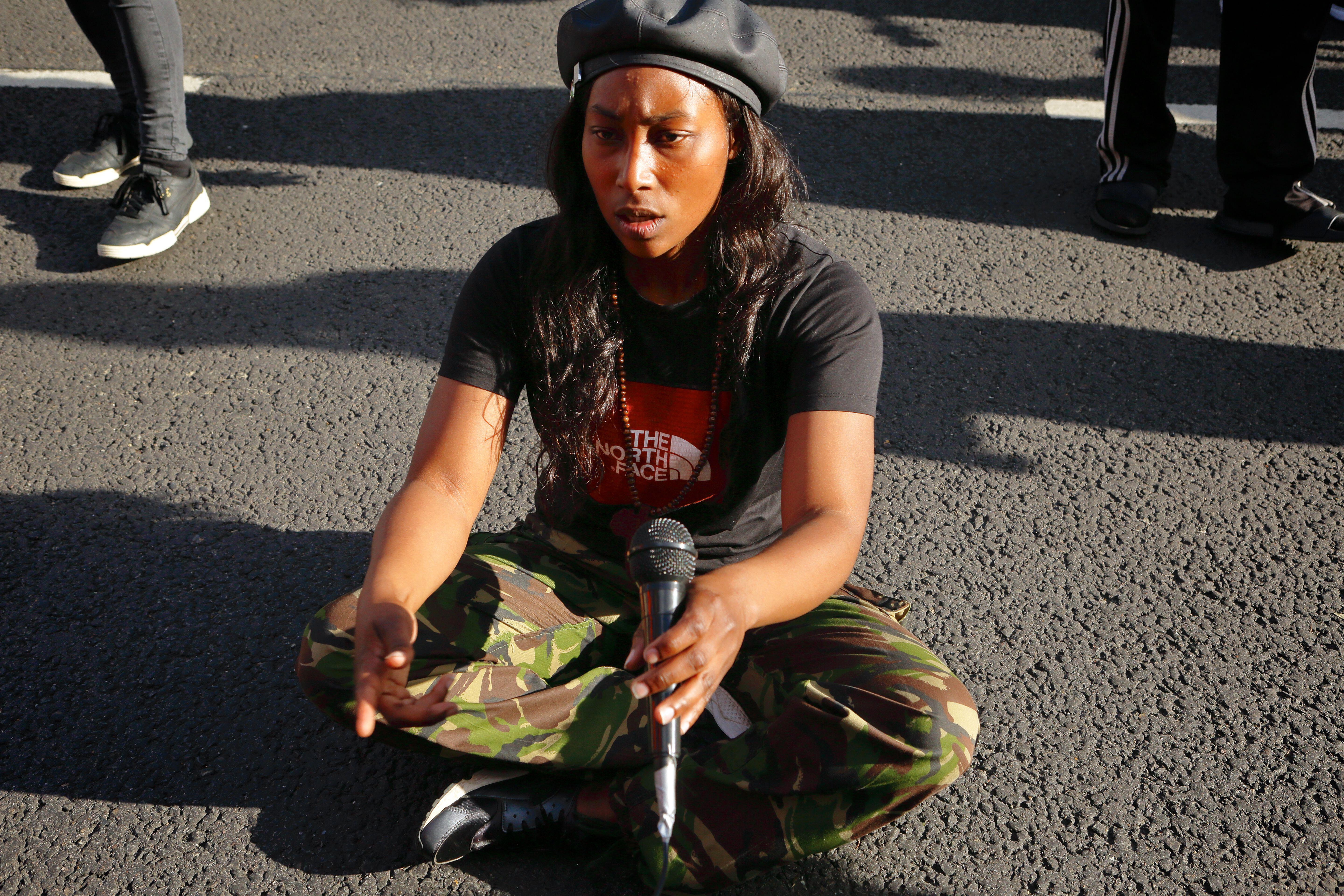