Father-of-three teaching assistant, 31, died in bed of methadone overdose days after unruly pupil hit him on the head with a CHAIR at special school

A teaching assistant who was hit over the head with a chair by an ‘aggressive’ pupil died days later of a methadone overdose, an inquest heard.

Father-of-three Lee Sims, 31, was found dead at his Bridgend home by his girlfriend Rebecca Chappell who had tried to wake him in December last year.

Days earlier, Lee had been sent home from his job as a support worker at Ysgol Bryn Castell school after being struck on the head.

An inquest into his death heard there was no suggestion Mr Sims had intended to take his own life and that the incident at school had not contributed to his death.

Miss Chappell told Pontypridd Coroners’ Court Lee had said he was having a ‘bad time’ after having a ‘chair thrown at him’ by a pupil at the special school in Bridgend South Wales, which caters for 147 pupils aged seven to 19. 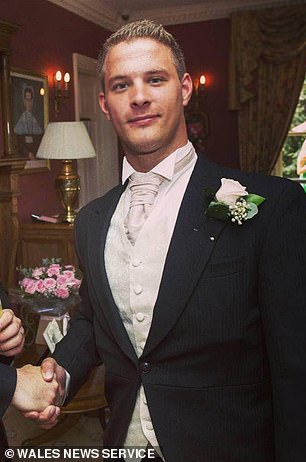 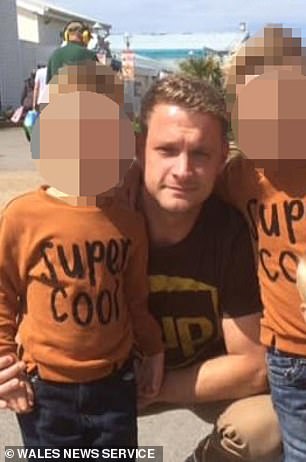 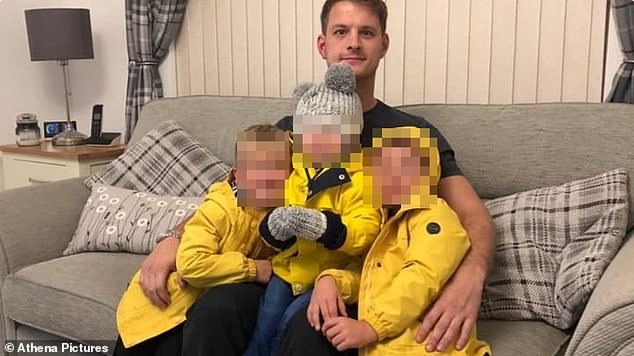 Days before his death, Mr Sims was sent home from school after a pupil threw a chair at him which hit his head but a coroner ruled the incident did not contribute to 31-year-old’s death

The inquest heard Mr Sims had a history of prescription drug dependency after he suffered a rugby injury earlier in his life and had previously suffered from mental health problems.

He was described by staff as a dedicated colleague who had ‘adored his children’.

Staff members said there had been a ‘commotion’ involving Mr Sims and the child named only as ‘Pupil L’.

Gemma Llewellyn, special support officer at the school, said: ‘Pupil L was shouting ‘come on, come on hit me’.

‘Lee said: ‘Stop I am not going to hit you. You have just flipped tables, why have you flipped the tables?’

Paul Portlock-Smith, head of maths, also described Pupil L as being ‘angry’ towards Mr Sims after hearing a noise he compared to ‘tables being moved’. 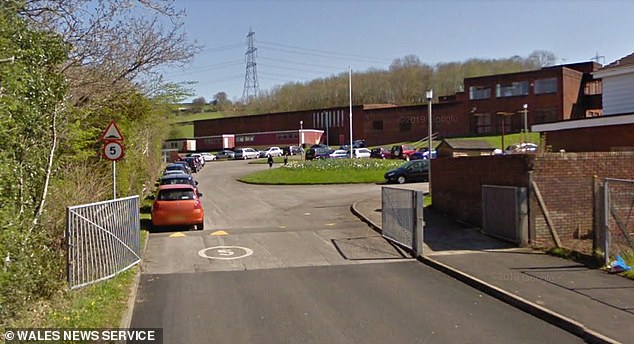 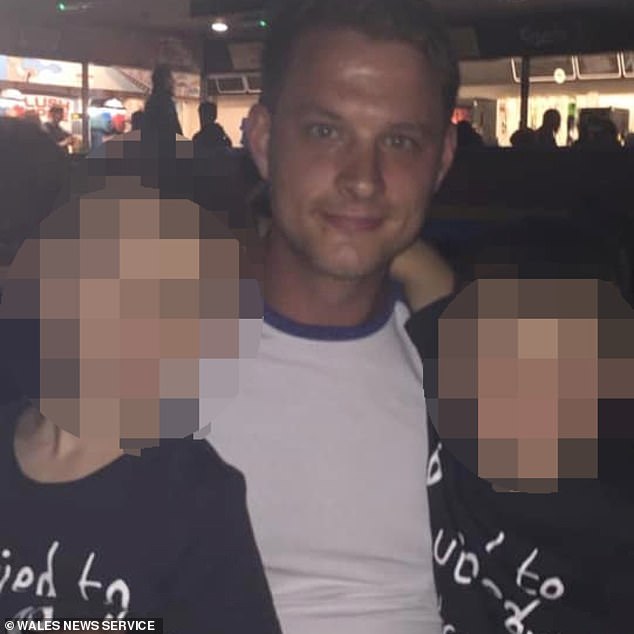 A coroner ruled Mr Sims, who had a history of drug dependency, died as a result of methadone overdose. Mr Sims had developed dependency after suffering a rugby injury in 2016

He said: ‘Pupil L was being clearly angry towards Lee in particular. He managed to get around us and pushed Lee on the shoulder, although with not much force.’

The day after the incident, Mr Sims woke complaining of a bad headache and had vomited after taking a Nurofen at their home in Bridgend.

Paramedics were called when Mr Sims was found unresponsive the following morning in December.

Mr Sims told his mother Amanda how a pupil, referred to as Pupil L, had ‘thrown a table at my head’ and that he was suffering from a headache.

Medical history read from Mr Sims’ doctor said the school worker had received treatment in 2016 for opiate-type drug dependency after injuring his back while playing rugby.

Mr Sims was last seen by doctors in September 2019 where he was described as in a ‘low mood’, having previously suffered from anxiety and depression.

During his findings at the Bridgend inquest, south Wales assistant coroner David Reagan accepted Mr Sims’ medical cause of death as methadone toxicity.

Mr Reagan also accepted that Mr Sims had been struck to the head in the incident with Pupil L despite it taking place before witnesses attended the room.

However he said there was no medical evidence to suggest Mr Sims died as a result of the incident in the classroom.

Mr Reagan describing Mr Sims as a ‘caring son, father, and partner’ and recorded a conclusion of death due to a drug-related condition.