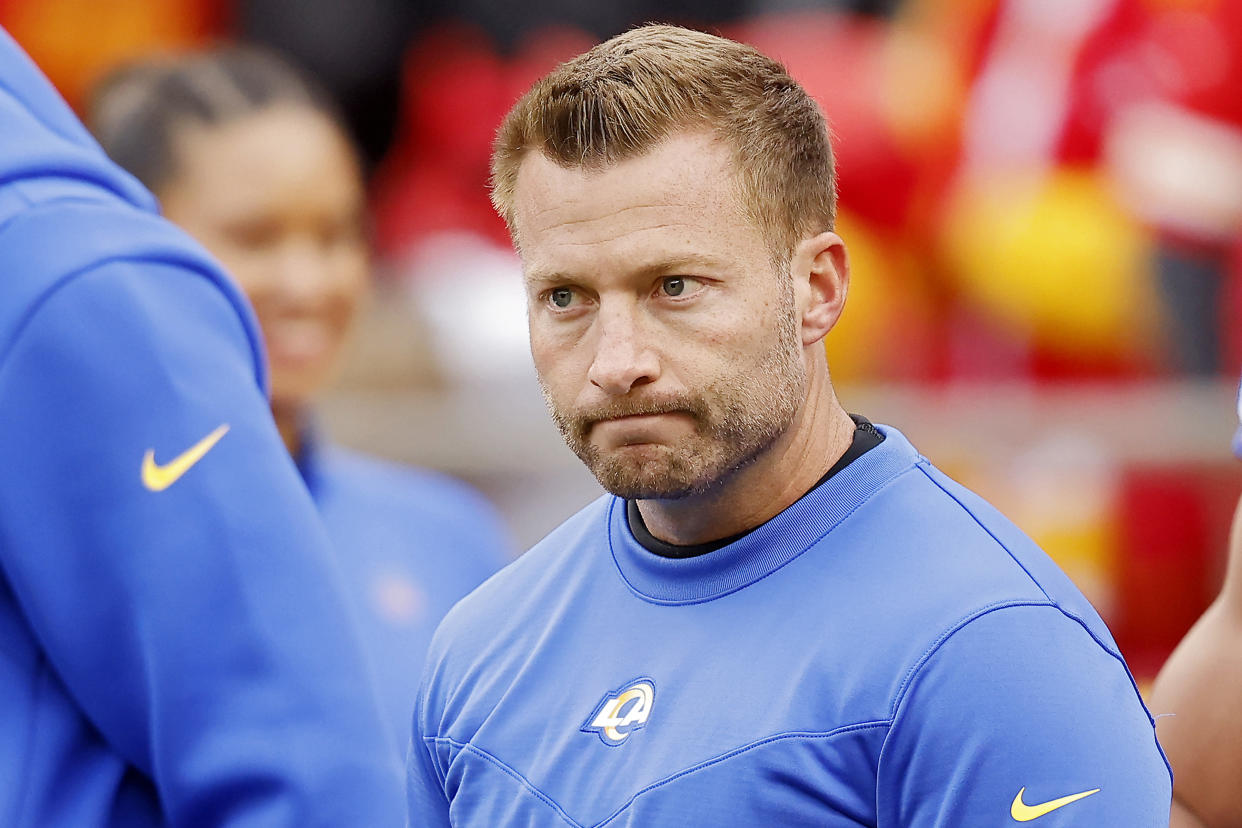 It's not often an NFL team places its coach on the injury report, but the Los Angeles Rams might need to do that with Sean McVay before Sunday's game is over. McVay took a nasty hit to the head as a Rams player ran out onto the field during the first quarter of Sunday's contest.

The hit occurred early in the game. McVay was walking down the sideline when tight end Roger Carter Jr. put his helmet on and started running out to the field. Neither man saw the other as Carter's helmet collided with McVay's face.

It was a devastating hit.

Sean McVay took a hard hit on the sideline 😳pic.twitter.com/w2JCcUWFnF

McVay was clearly in pain after the hit, which knocked off his headset. A trainer visited with McVay, per the broadcast. McVay opted to stay in the game, though could be seen touching and rubbing his jaw after the hit.

The sequence encapsulates the Rams' season pretty well. After winning the Super Bowl last season, the team failed to live up to expectations this season due to injuries and poor luck. McVay will apparently try to gut out the pain in Week 12. Here's hoping he avoided a significant injury after that brutal collision.