The end of Starbucks as we know it? Coffee giant will spend $450M on ‘Reinvention’ plan that will see Frappuccinos made one minute faster, with less emphasis on city cafes and more on drive-thrus and pick up

Starbucks unveiled a ‘Reinvention’ plan on Tuesday to overhaul their current stores with speedier technology and implement new stores that will only offer delivery services and a drive-thru.

The plan will cost the company $450 million to execute and will increase Starbucks’ store growth rate in the US from 450 to 2,000 annually. The new plan will roll out next month and will take two years to fully implement.

The ‘Reinvention’ plan will also include a new rewards system called Starbucks Odyssey and seek to automate much of the coffee-making without any cuts to employees, outgoing Chief Operating Officer John Culver said.

The new automated systems will decrease the time it takes to make a Frappuccino from 86 seconds to 35 seconds, while the 20-hour cold brew process will soon only take 4 hours. 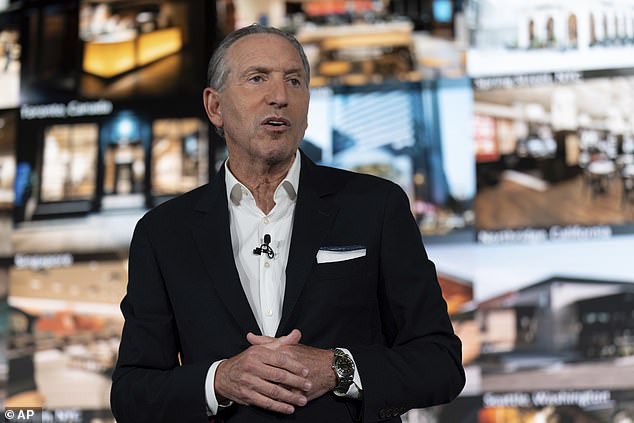 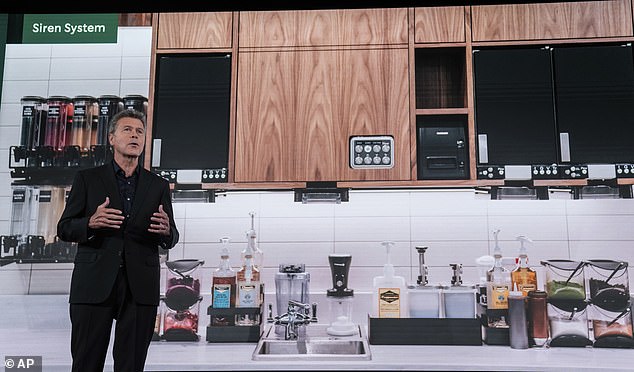 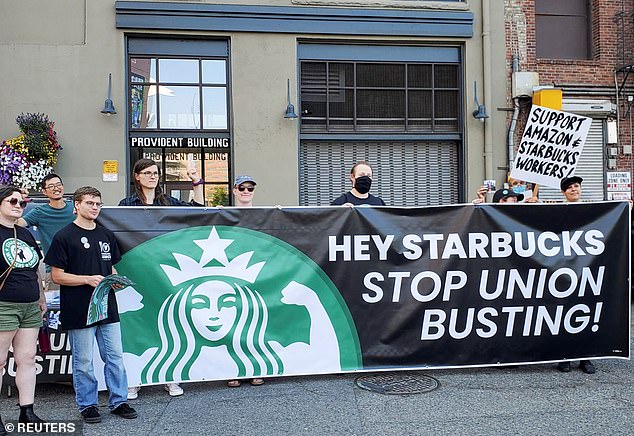 Starbucks employees who support unionization protest in the company’s hometown ahead of Investor Day, in Seattle

The company has seen an explosion in drinks sales and attributes much of that to Gen-Z becoming enamored with heavily customized cold drinks.

The numbers behind Starbucks’ excellent sales show their café stores only made up 3% of new store openings in 2022, while stores with a drive-thru accounted for 86% of store openings.

Culver said existing stores that are designed in the typical Starbucks café style were built for a different time and must adapt to meet what customers want.

Starbucks founder Howard Schultz said the Covid-19 pandemic changed the way customers interact with the company as they are ‘no longer coming to the store the way they used to.’

He said that despite Starbucks delivery only being available for eight months, it has driven sales with the help of delivery apps like UberEats and Doordash.

But not everyone is happy with the announced changes – 400 protestors from Starbucks Workers United showed up outside the headquarters. 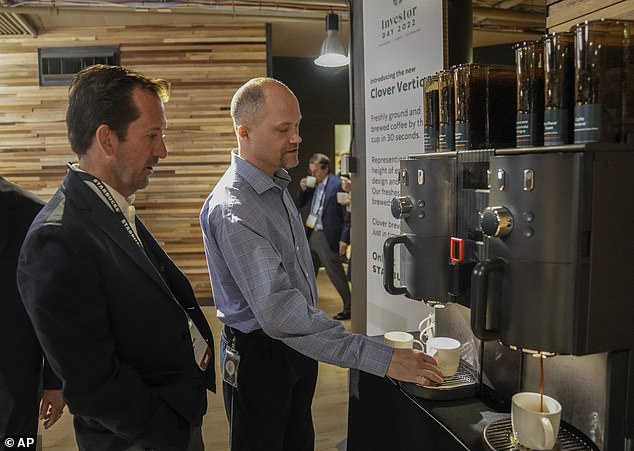 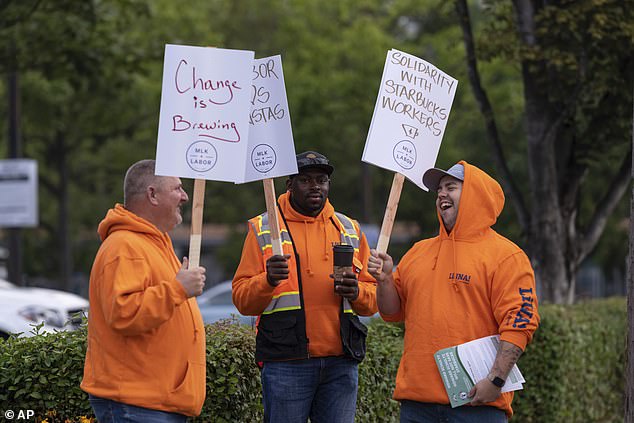 The group is the most prominent in the fight to unionize Starbucks stores across the country, and have so far been responsible for 244 of 8,900 corporate-owned Starbucks locations unionizing.

The company has taken a staunchly anti-union stance, and union activists say the company wrongly fired union supporters and denied them raises.

Arthur Pratt, a worker at a unionized Starbucks store in Portland, told the Seattle Times that the protestors wish to alert investors of the issues they face.

‘We know that Howard Schultz is never ever going to change his mind on unions, he’s made that clear,’ Pratt said. ‘So we’re going to the investors.’

Pratt also said Starbucks should invest in hiring more employees rather than upgrading their machinery and equipment. He claimed the company refused to hire his store an additional employee, even when the bathroom went uncleaned.

Starbucks says the unions are causing a rift between employees and managers and are a ‘third-party’ entity.

‘We believe we can do more for our partners working side-by-side than across a negotiating table,’ a Starbucks spokesperson said.

Executives told investors they believe now is the time to upgrade their operations and drive growth.

‘We’re accelerating growth,’ Culver said. ‘This is an opportunity in a moment in time where we can reinvent the company.’

CA teacher sues union over defund police 'rhetoric': 'Not what we should be doing'