THE sun beat down on the Old Chequers pub as the fourth pint of my working day slipped down with ease.

A pair of mallard ducks glided past on the Lyme Brook, wood pigeons cooed and the local Batemans cask ale tasted like angels dancing on my tongue. 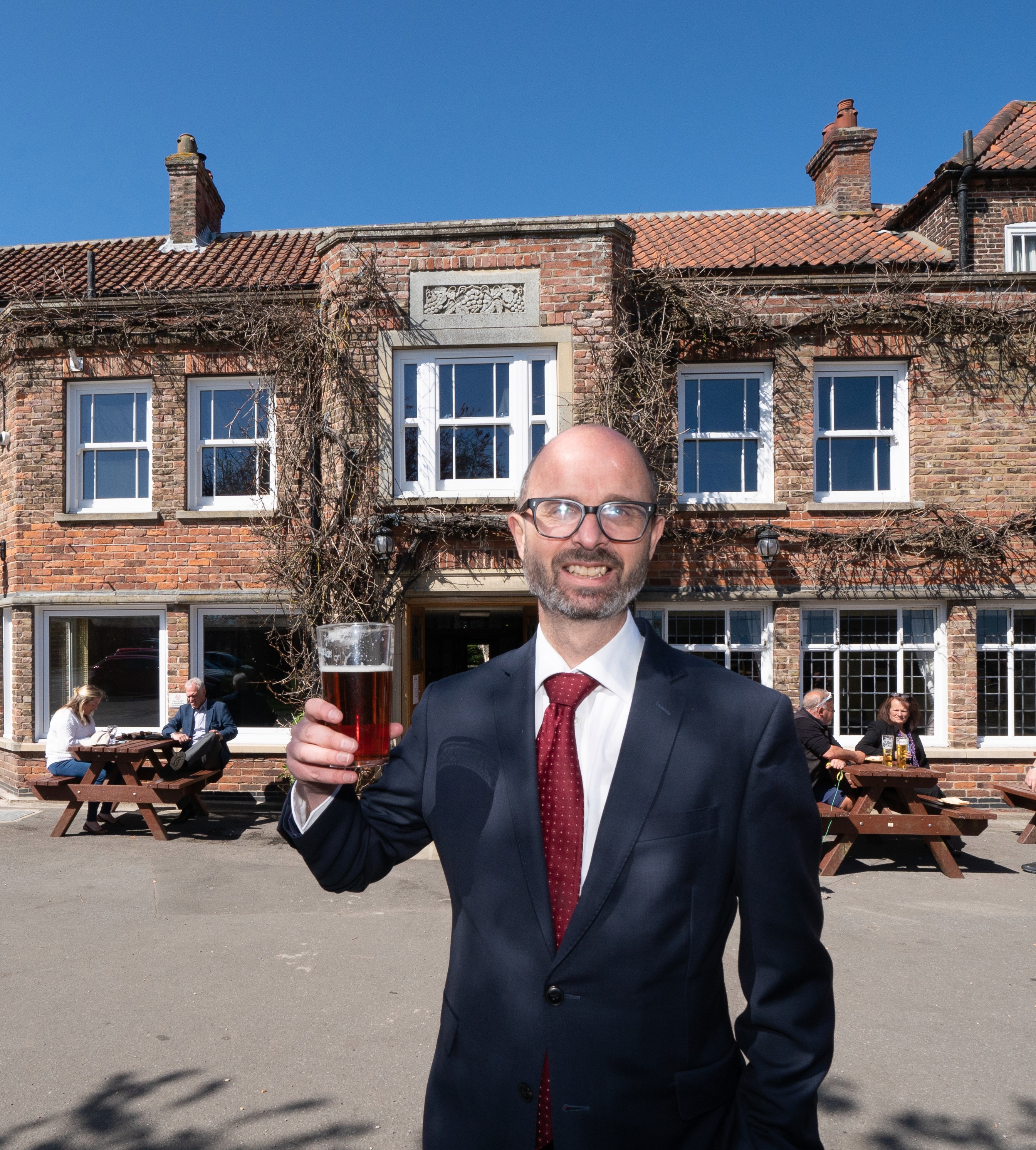 Nice work if you can get it. Not journalism — the Fleet Street liquid lunch largely went out with hot metal — but a Heritage Project Officer touring Linc-olnshire’s pubs.

Lincolnshire County Council insists: “This is urgently needed to raise awareness in response to the threat of pub closures and help the hospitality sector recover from the pandemic.”

In other words, they want to pay someone to tour pubs — so I threw my lager-sodden CV into the arena.

My luck was in — manager Ian George, 36, agreed to give me a trial day. 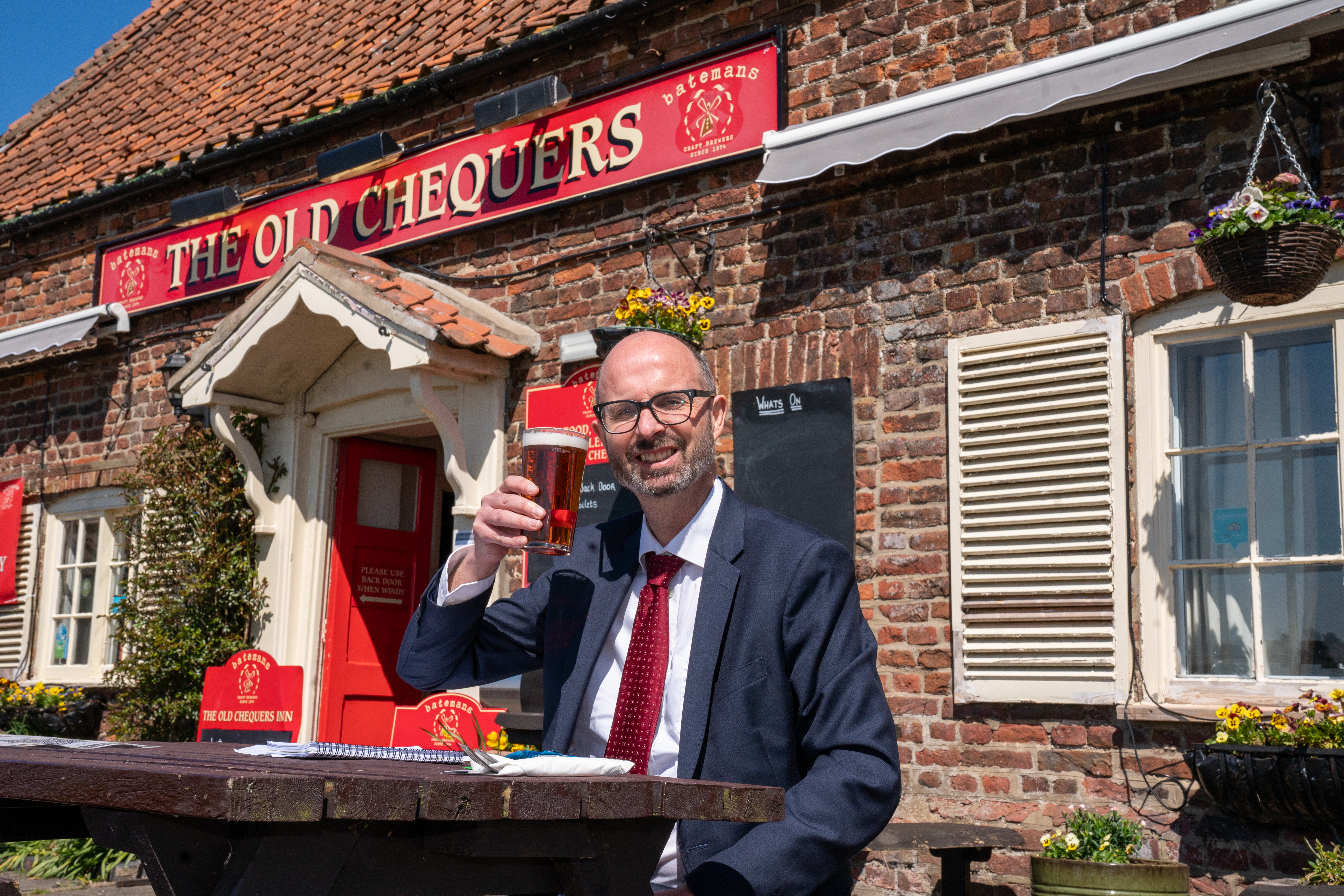 Ian briefed me at well-appointed The Vine Hotel in Skegness and I welcomed my first pint of the day.

Slurping a £4 pint of Batemans ale in their vast beer garden, Ian told me: “The idea is to seek out and preserve the historic pubs of Lincolnshire.

“People are learning the value of pubs to society after the pandemic meant they couldn’t visit them.”

Ian handed me a list of four historic pubs, including the Vine, and invited me to seek out another six.

Next stop was the 1930 art deco The Ship Inn and Atlantic Bar and Diner in Skegness — or Skeg Vegas as some affectionately know it. 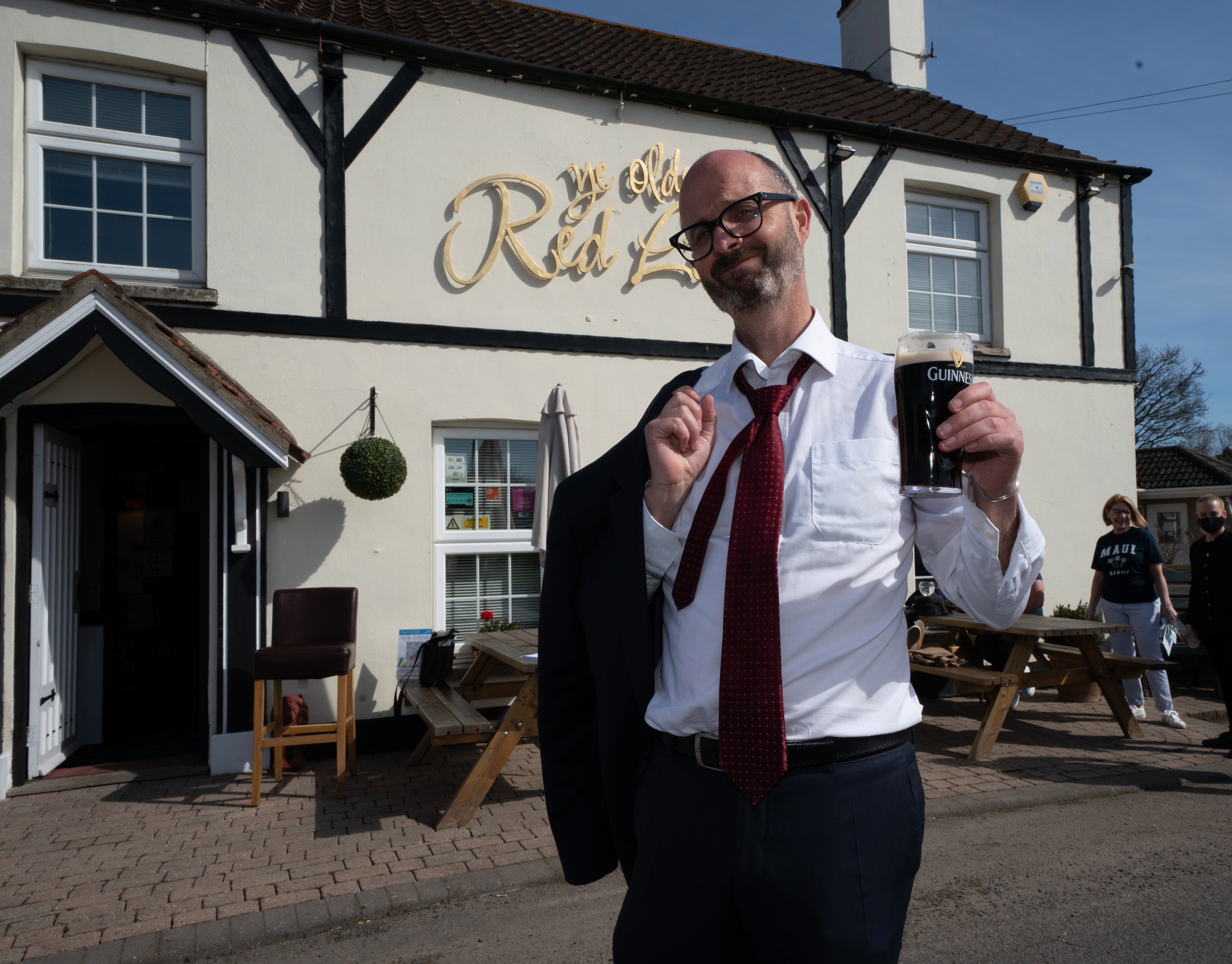 The four-and-a-half mill-ion folk who flock there in a usual year know that’s sneering poppycock.

Skeggy — a favourite destination for The Sun’s £9.50 holidays — is the birthplace of Butlin’s.

Travel writer Bill Bryson described it as “the most traditional of any English seaside resort I had encountered”.

At the grade II-listed Ship Inn, licensee Ellie Turner, 40, says Skeggy is bouncing back from Covid. 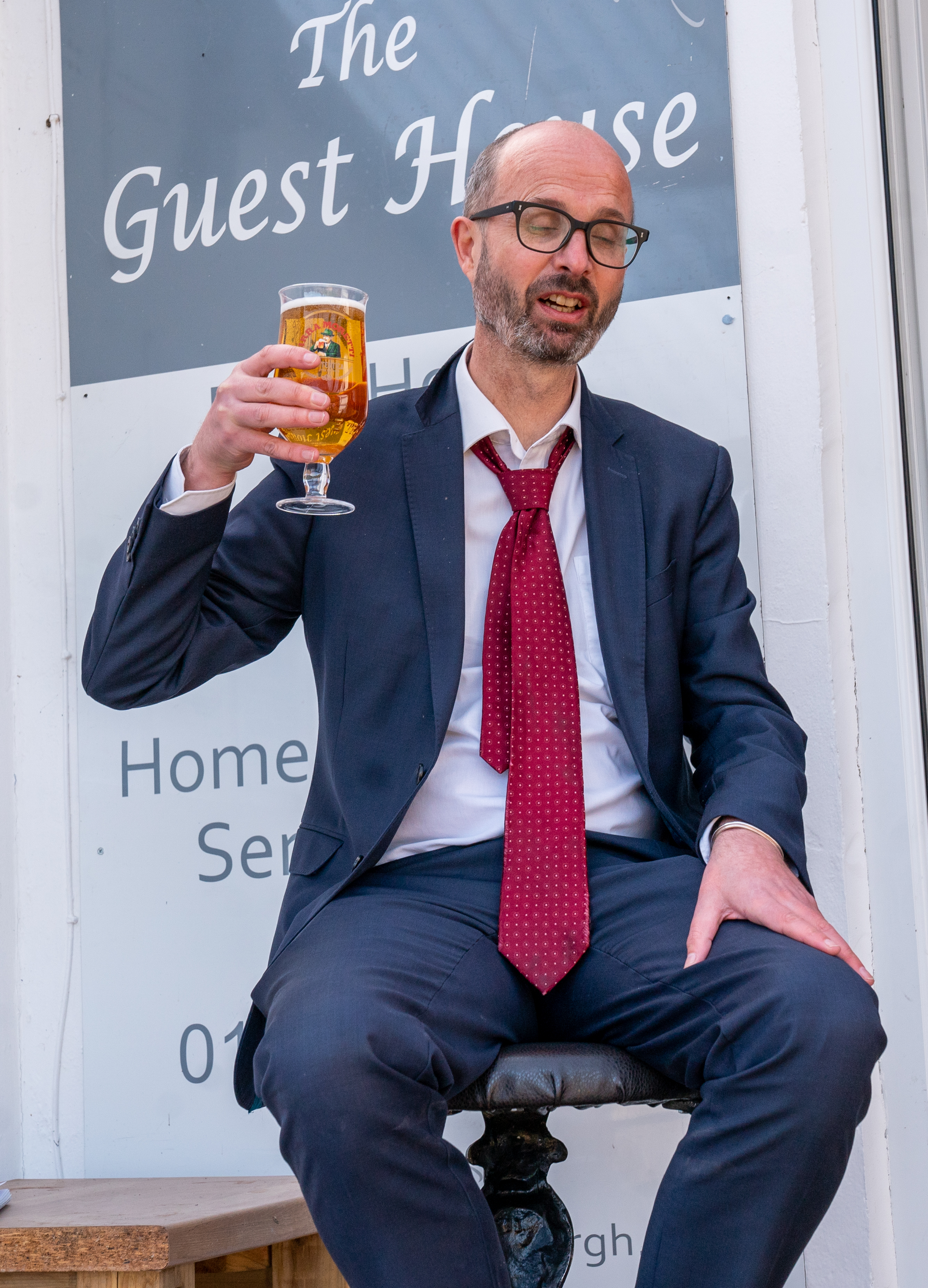 Then it was off to the pleasant Victorian-era Lumley Hotel near Skeggy Station, which has a beer garden full of lunchtime punters.

After having my nose to the grindstone all morning it was time for lunch. So to The Old Chequers, in the delightful village of Croft.

The red-brick boozer, set amid rolling corn fields, is said to be the oldest pub in the county.

I sup my £3.60 pint of Batemans as the little brook gently flows through the verdant meadows. 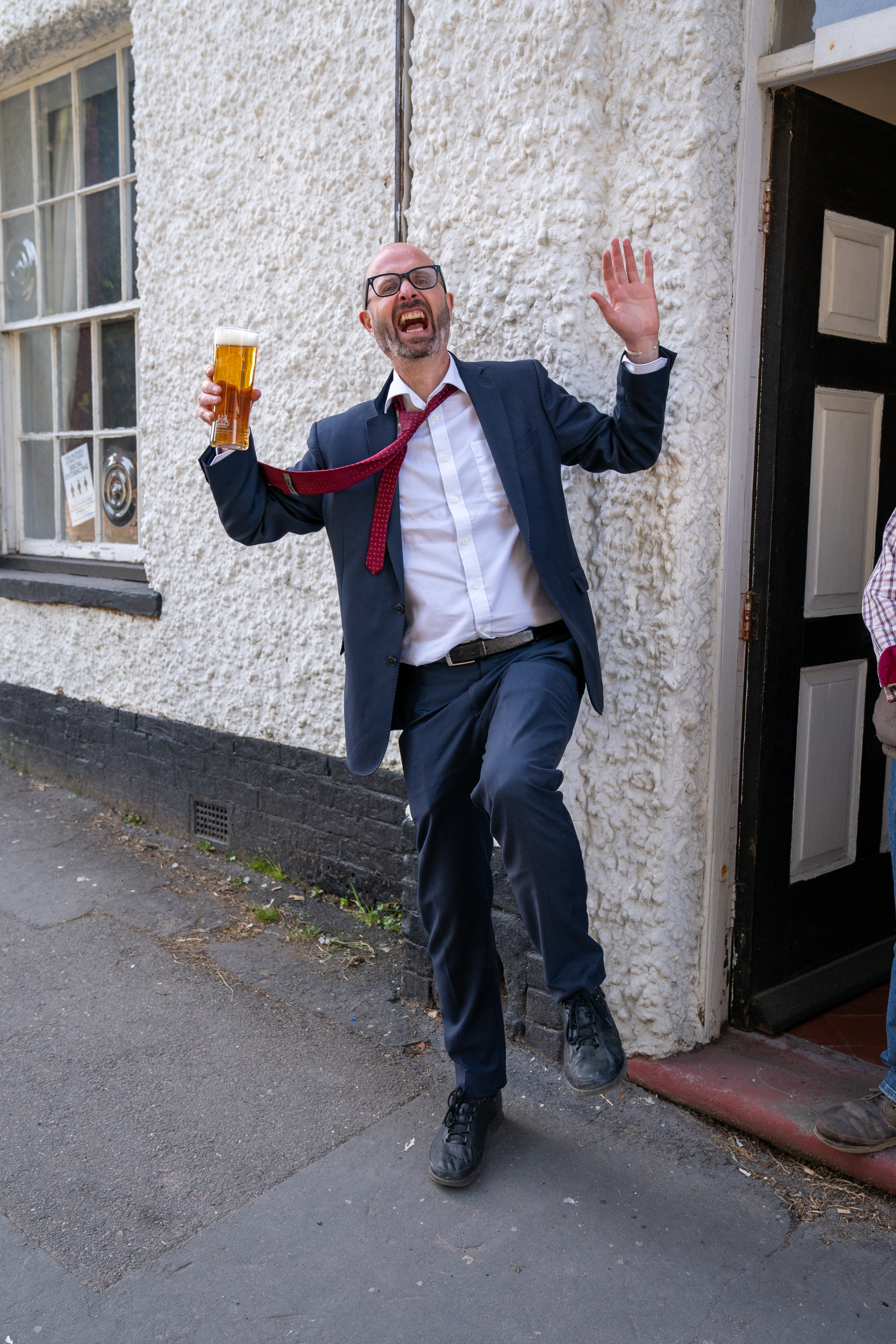 There is probably Know where else (You sure you’re up to this job, Oliver?) in the world I’d rather be right now. After a delightful £8.95 quiche with veg (Receipts? – Ed), it was time to get back to work.

I was driven to Wainfleet, a picturesque village (It’s an ancient market town, Oliver) to sample the delights of The Angel Inn and The Woolpack.

Toni Bradford, 34, who took it over in October, says: “We improved the pub and are now coming back better than ever.” As I sip a £3.80 Morretti (It’s Moretti, go steady, son), I’m slowly forgetting all Ian’s instruc- tions to look out for architectural curiosities.

At The Woolpack — an 18th century coaching inn — my £3.30 Batemans still tastes like honey but I’m struggling to get it down.

Landlord Mike Bradberry, 54, revealed: “We got through the past year with a lot of help from the brew-ery. Not having to pay business rates helped a lot.”

Next it’s a beautiful £3.80 pint of Guinness in Ye Old Red Lion in Burgh le Marsh as a horse clip clops past.

The pint may be lovely, but I’m looking around for a pint pot to decant some of the hard day’s graft, which is beginning to take its toll.

To the Bell Hotel nearby, which landlady Leanne Nash, 38, insists has not one but two ghosts.

A stone’s throw away is The Guest House pub where I have a £4.20 Moretti.

I drag myself away and lurch up the hill to the White Hart, my tenth pub, for a £3.30 Carling.

What does landlord Fred Kennell think of my lovely new job, I ask incoherently.

He wonders whether the council couldn’t use Google to research pubs instead. 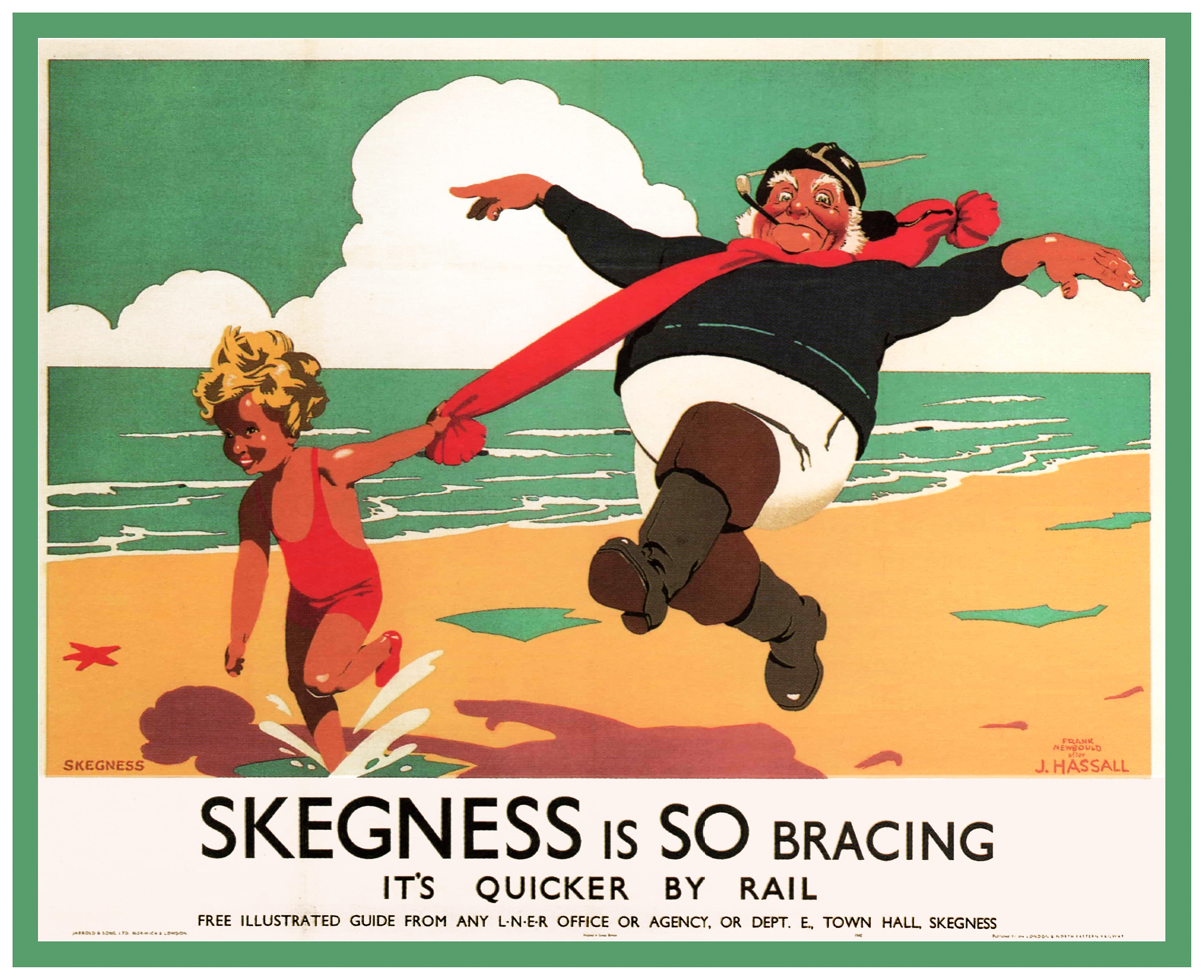 I assure him that wouldn’t nearly be so much fun.

It’s finally time to knock off after an arduous shift.

Barack Obama will unload on Donald Trump as lazy and incapable