Britain could reach its highest levels of UV radiation due to a lack of planes, coupled with clear blue skies and sweltering temperatures – a potent combination that increases the risk of skin cancer.

Ultra-violet rays, which can also cause sunburn and cataracts, are expected to reach level 9 across parts of Devon and Cornwall on what is set to be the hottest day of the year in the UK so far.

The mercury hit a sweltering 90.5F (32.5C) on Wednesday, while temperatures today could climb even further in the Midlands and Wales. West London is forecast to see temperatures peak between 32C (89.6F) and 33C (91.4F), while parts of Wales could see the mercury rise to 34C (93.2F).

The Met Office’s UV index does not often exceed 8 in the UK, while level 10 is common in Mediterranean countries, and 11 is considered extreme.

Although air pollution has visibly dropped off due to flights being cancelled during the coronavirus lockdown, the dangers posed by high UV levels are substantial. 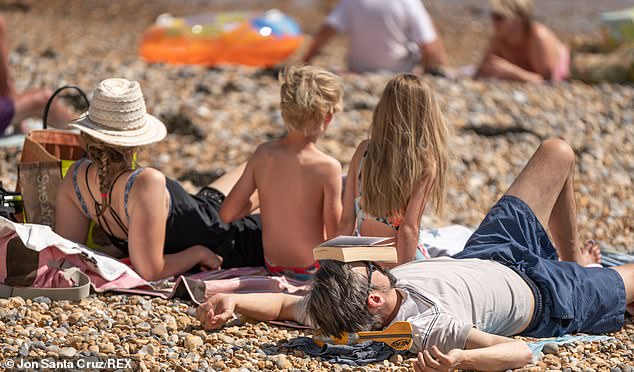 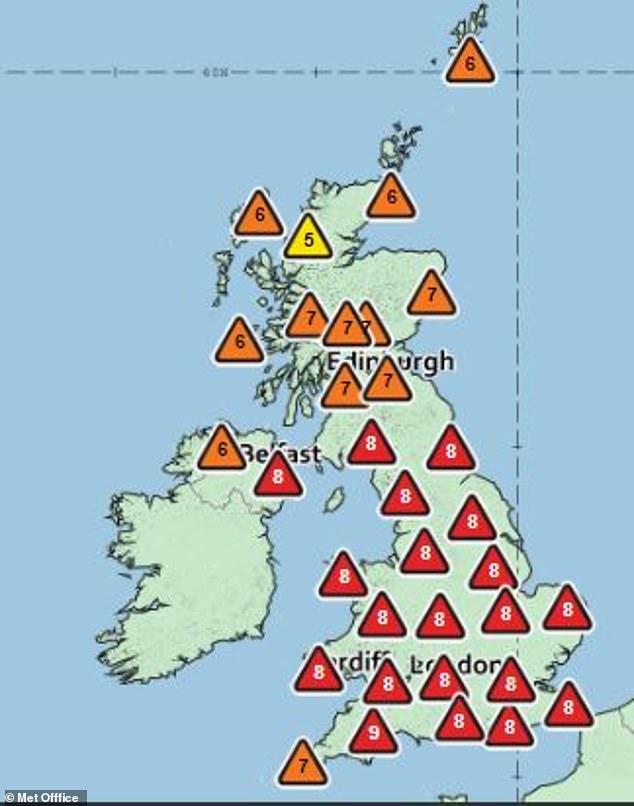 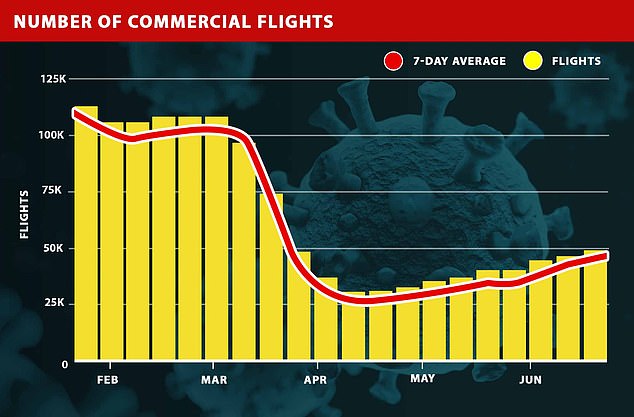 The situation has prompted leading forecasters and medics to advise people to take extra precautions to stay safe in the sun due to ‘exceptionally high’ UV levels over the next couple of days.

Met Office meteorologist Alex Burkill said UV levels will be ‘reaching eight across many places and will be reaching nine across parts of Devon and Cornwall today. That’s about as high as it gets really in the UK.

‘The sun is as strong as it gets at the moment because we’re so close to the summer solstice.

Dr Michaela Hegglin, associate professor in atmospheric chemistry at the University of Reading’s Department of Meteorology, said Thursday could see some of the ‘highest UV levels ever recorded’ in Britain. 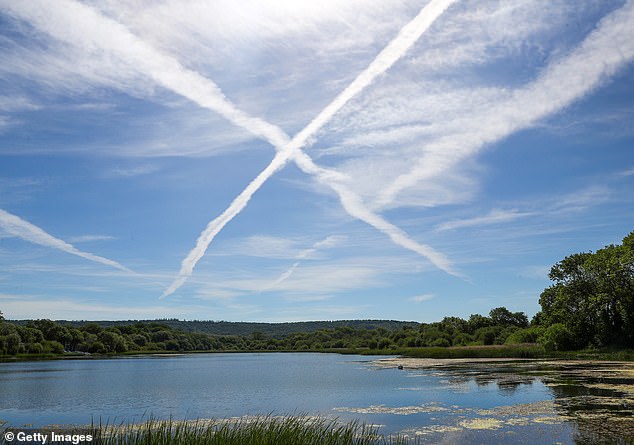 What is the Met Office UV Index?

The aim of the index is to warn people of increased risk and encourage them change their behaviour in order to protect themselves against the risks of skin cancer and skin damage.

She said: ‘This is because of a combination of factors. We are at the summer solstice, when the sun is almost directly overhead at one o’clock.

‘UV levels this high are rare in the UK, so people with light skin should be very careful to avoid getting burnt.

‘While UV is important for getting vitamin D and keeping us healthy, too much of it can cause skin cancer or eye cataracts.’

The main factor in high UV levels was a hole in the ozone layer that opened earlier in the year, the Daily Telegraph reported.

It comes as the Met Office raised the heat health alert level to three on Wednesday, as health authorities encouraged those most vulnerable – many of whom have been shielding during the lockdown – to protect themselves amid the ‘exceptionally hot weather forecast this week’.

Public Health England (PHE) said older people, those with underlying health conditions, and very young children were all more at risk from the higher temperatures.

The amber level three, which was put in place for the West and East Midlands, requires social and healthcare services to target specific actions at high-risk groups, according to the Met Office website. 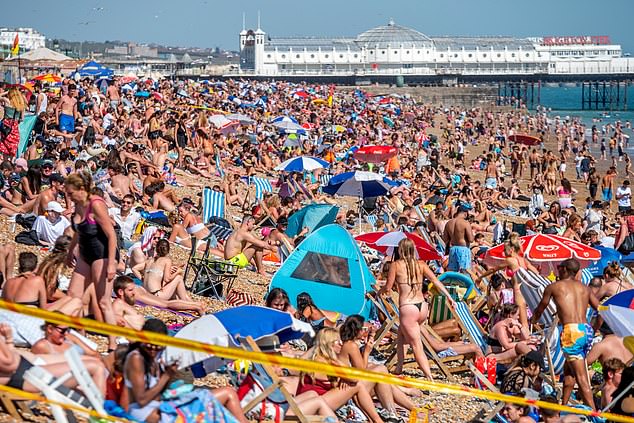 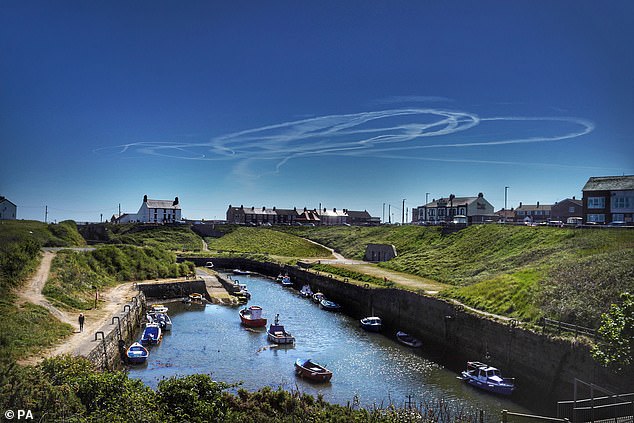 People have been advised to keep cool and stay hydrated where possible.

Emer O’Connell, consultant in public health at PHE, said it was important that people kept checking on the vulnerable, as many continued to spend more time at home due to coronavirus.

‘You will need to do things differently this year, for example keeping in touch by phone,’ she said.

‘If you need to provide direct care to someone at risk from hot weather, follow Government guidance on how to do this safely.’

She said: ‘Apply sunscreen regularly, stay hydrated, and protect your head from the sun.

‘Look out for those who are vulnerable in the heat, and provide support where needed, continuing to follow social distancing guidance.’

Meanwhile, thunderstorms are expected to form across the west of the UK this afternoon, bringing heavy rain, lighting and hail.

Coronavirus in NY: Businesses board up windows with no end to lockdown in sight