Students will face unprecedented competition to get a place at university over the next four years as a surge in applicants from China will drive a 40 per cent rise in demand.

UCAS Chief Executive Clare Marchant spoke during a seminar hosted by the Higher Education Policy Institute ahead of A-level results being published on August 10.

She argued that internationally there is a ‘real appetite for UK Higher Education’ including from China, India, Nigeria and Ghana.

The surge in the number of students from China is expected to far outstrip those from the whole of the EU by 2025, according to The Times.

There were 28,490 young people from China applying to UK universities this year alone, the publication said.

Ms Merchant, attending the webinar on July 30, said: ‘Internationally we are still seeing demand holding up – up 14 per cent from last year – so year-on-year increasing.’

She added that the EU had been an exception.

Ms Merchant continued: ‘I think as well as the China and India dominance in terms of internationals coming through we are also seeing diversification in terms of new nations with real appetite for UK Higher Education (as of figures from June 30).

‘So [applications] from the likes of Nigeria were up 66 per cent and Ghana up nearly a third – with applicants from India also up a third. 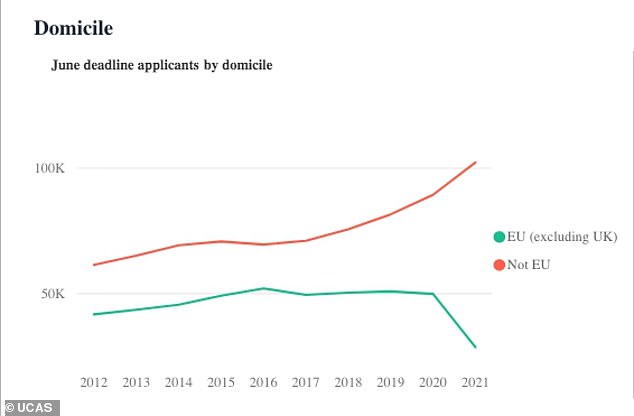 UCAS Chief Executive Clare Marchant, attending the webinar on July 30, said that international application numbers were up from last year but added that the EU had been an exception 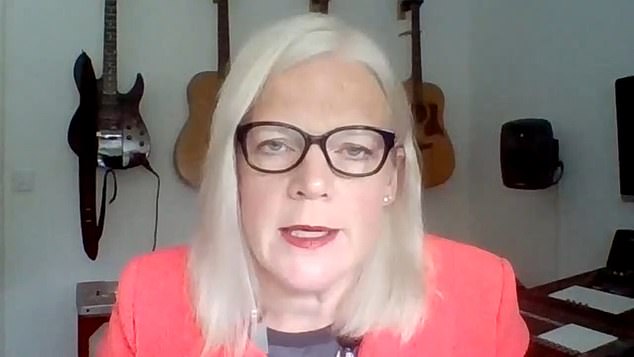 She argued that internationally there is a ‘real appetite for UK Higher Education’ including from China, India, Nigeria and Ghana

One of the biggest increases in applications was seen for medical and dentistry degrees.

Ms Marchant said that she was hopeful there would not be a ‘tsunami of appeals’ over A-level grades to secure places following the disrupted academic year amid the coronavirus pandemic.