British motoring icon that has reached the end of the road: Fascinating history of Bristol Cars after cult manufacturer that was beloved by a host of celebrity owners including Liam Gallagher and Sir Richard Branson enters liquidation

Fans of iconic British classic cars will have felt a pang of sorrow at today’s announcement that Bristol Cars is set to go into liquidation.

In its heyday, Bristol Cars, with their effortlessly chic, seamless designs were sought after by business leaders and celebrities alike.

For many, the demise of the iconic car company represents a loss of British industrial and business prowess blaming failures in both engineering innovation and brand management.

The 1946 Bristol 400 (left) faces off with the 2006 Bristol Fighter. Bristol Cars has been in operation for 73 years but was forced to close down and has been taken into administration despite court bids to save the flagging car manufacturer 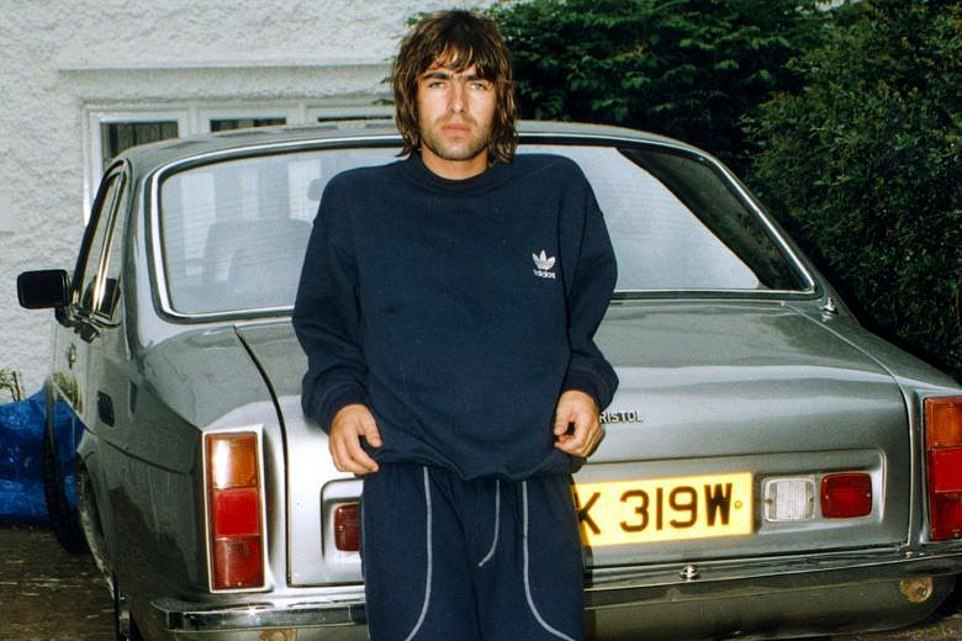 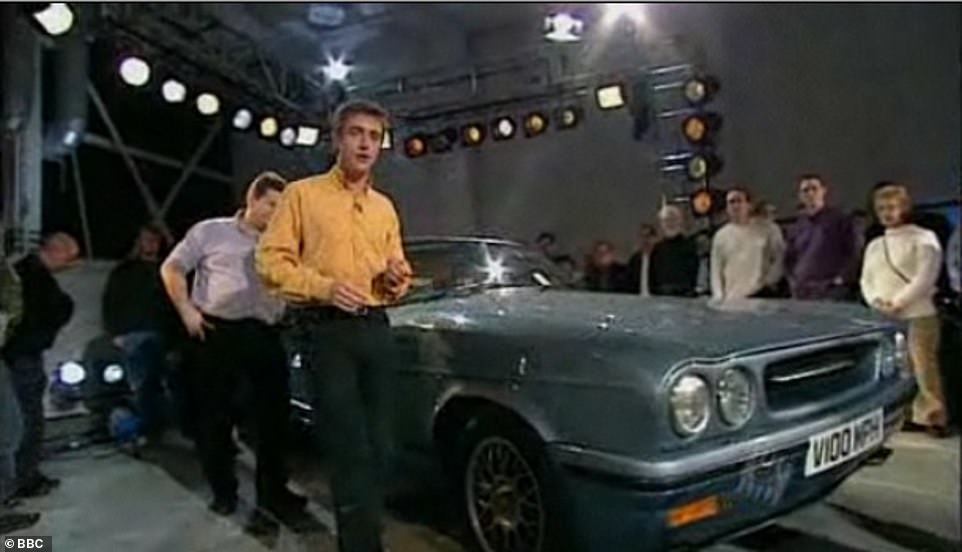 It is widely known that Bristol Cars owes its existence to the decline of the military airplane industry post-WWI but fewer know that its true origins lie in trams.

Bristol Tramways, which operated from 1875 to 1941 (when the Luftwaffe irreparably damaged the tramway’s power supply).

The man put in charge of the Tramways was George White (who was later knighted), a junior solicitor with Henry Ford-like levels of ambition. 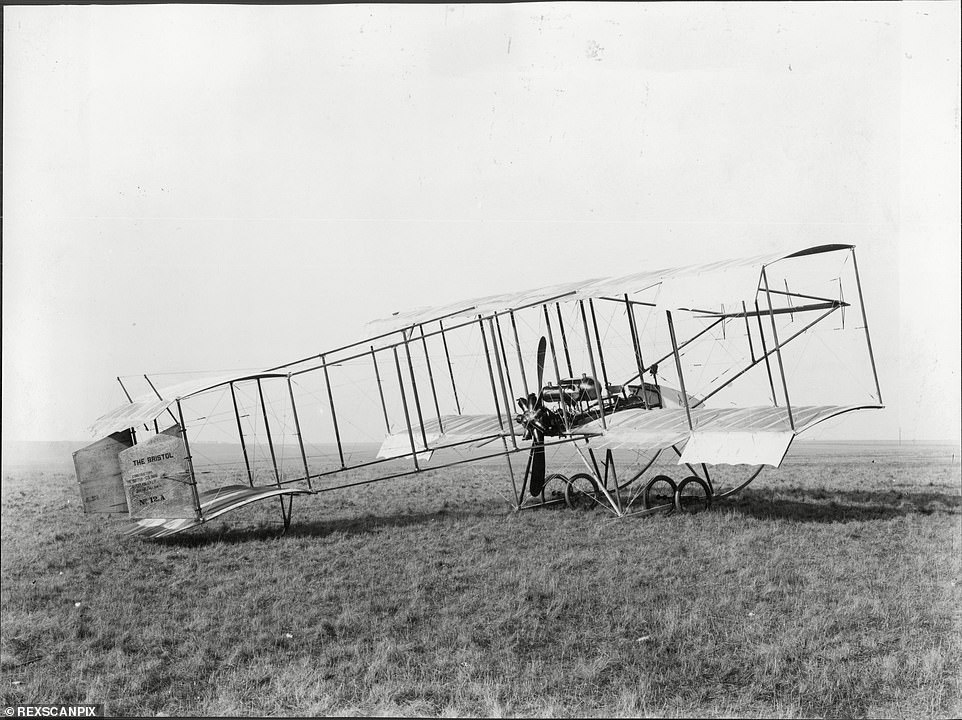 The Boxkite was the first aircraft designed and built by the British and Colonial Aeroplane Company (later to be known as the Bristol Aeroplane Company). It was a biplane of wire-braced wood construction based on designs by Henri Farman 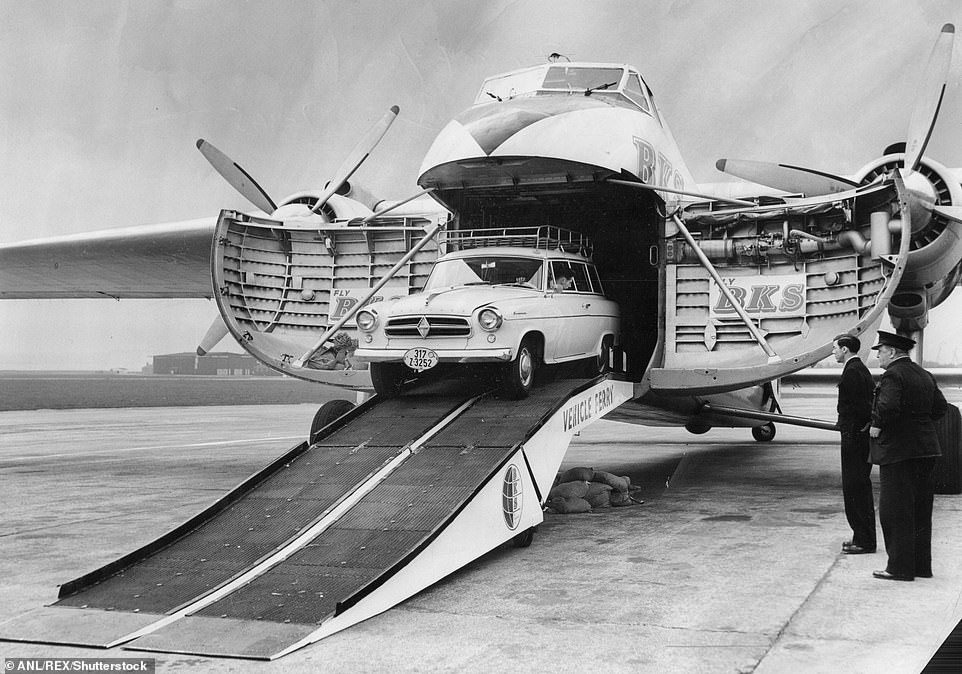 Once the tram business was established, White traveled to France where he witnessed the Wright Brothers fly. Armed with his now extensive experience in setting up a transport business, White saw making planes was the next logical step.

In 1910, after six months of planning, the British and Colonial Aeroplane Company was founded. The first plane was the Bristol Zodiac, a copy of similar Voisin box planes designed and manufactured under license.

During WWI, Bristol planes gained a reputation for speed and agility. The Bristol Scout was nicknamed the Bristol ‘Bullet’ and soon became a vital part of the war effort.

But, in 1918, the British and Colonial Aeroplane Company, which had since been re-branded as the Bristol Aircraft Corporation, created its sister-company Bristol Cars when orders for planes disappeared overnight in the in the aftermath of the war.

The Bristol Cars iconic logo. The demise of the iconic car company represents a loss of British industrial and business prowess blaming failures in both engineering innovation and brand management 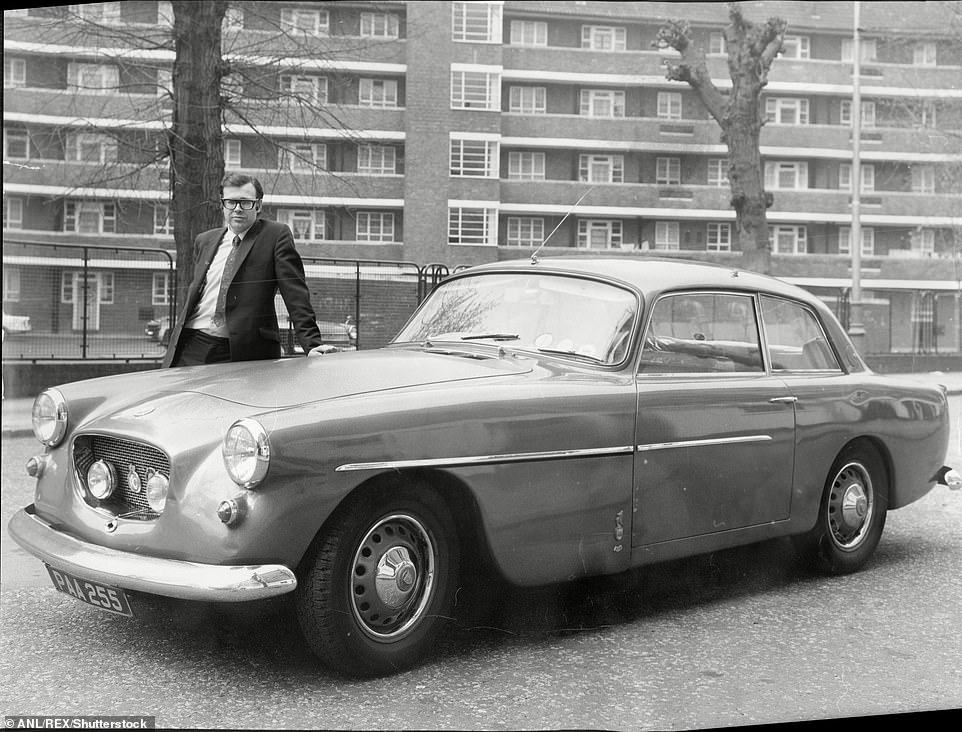 A 1959 Bristol 406 motor car with its owner catering manager Brian Davis. Fans of Bristol Cars ranged from businessmen to celebrities. The car gained a cult following over seven decades but has released no new models since 2016

Classic cars get together at Bristol Cars showroom at High Street Kensington. Bristol Cars went into liquidation this month

This diversification saved 70,000 jobs as the company began to build car bodies and bus bodies for the then still operational tram arm of the company. The company also started to manufacture the Bristol Monocar – its first private passenger vehicle.

As the years progressed, Bristol Cars built a reputation as a maker of extraordinary fine and fast cars.

A Bristol 450 won the two litre class at Reims in 1953 with star drivers such as Jack Brabham, Mike Hawthorn and Stirling Moss all working for Bristol.

As a result of government policy in the 1950s, the Bristol’s plane and car divisions were split. This left the company without the means to develop their own engines and without a clear raison d’etre. 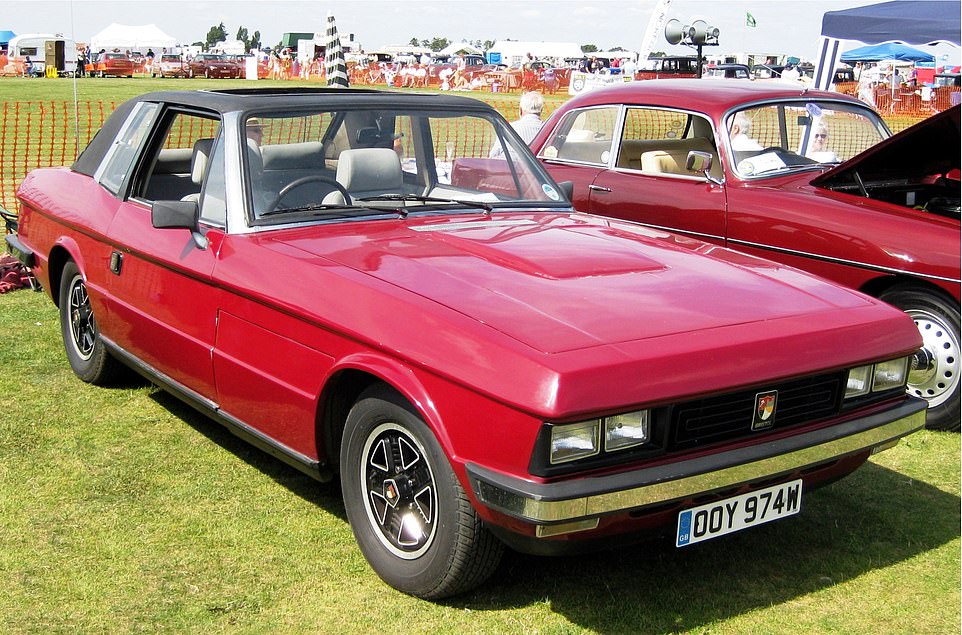 The Bristol 412 was considered a flop. Fans of Bristol cars were put off by its awkward proportions that also failed to attract new customers. The 70s proved to be the beginning of the end for Bristol Cars – the once innovative company lost momentum

In the 1970s, long-time fans of the brand began to sour on the brand’s designs. The Bristol 412’s awkward proportions meant the car failed to attract new customers.

In a cruel twist of fate, Bristol Car’s founder Sir George White crashed his Bristol 410 and resigned from the company and sold his stake to Anthony Crook who became Bristol Car’s sole distributor.

Despite Crook’s best efforts, Bristol’s designs in the 80s failed to win new fans. The designs of the  1980 Beaufighter, 1982 Britannia and the 1993 Blenheim have been described as ‘dated’.

It was throughout this decade the company’s once sterling reputation was lost for good. 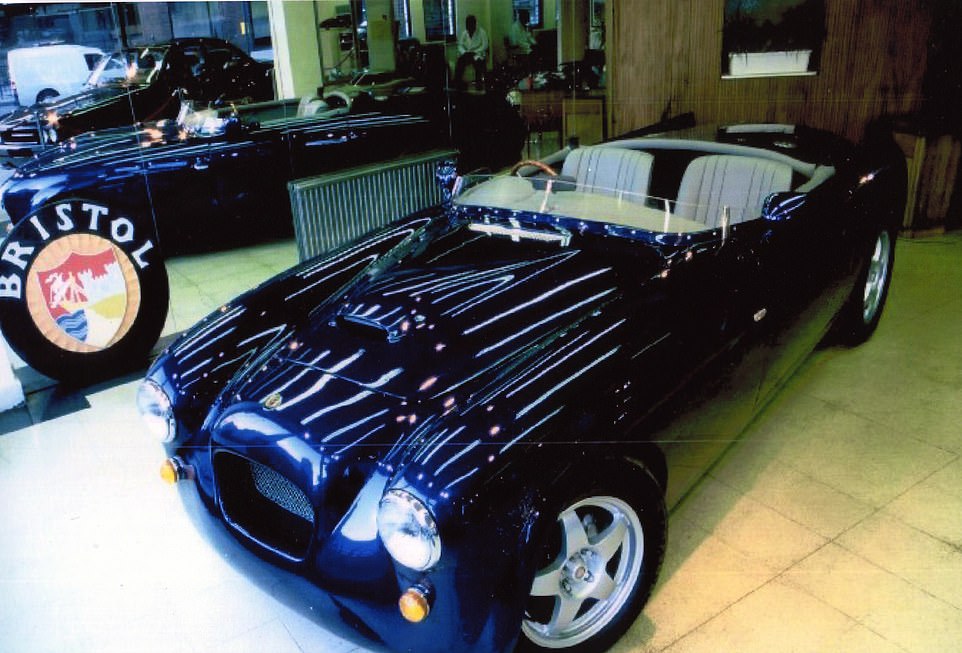 The Bristol Blenheim Speedster was a model released in the early 90s. It failed to win back fans of Bristol Cars that had slowly abandoned the company for other car makers during the 80s, a decade that marked the major decline of the brand

Desperate to breath life back into his flagging business, Anthony Crook sold 50% of Bristol Cars to Toby Silverton. The two men designed what they thought would be the company’s saviour.

The ambitiously named Bristol Fighter was a nod to the company’s aeronautical past. It was manufactured from 2004 until the company went into administration in 2011. Visually it won acclaim and was widely considered a design ‘masterpiece’ with top speeds of 210mph.

But the car didn’t sell. The reputation of Bristol Cars was long gone and other car manufacturers were offering stronger vehicles in the niche sport car market.

It’s unclear how many Fighters were actually ordered, it has been rumoured that a total of 13 were manufactured according to Car and Classic Magazine, but the true number is speculated to be lower. Some estimates put the number as low as 9. 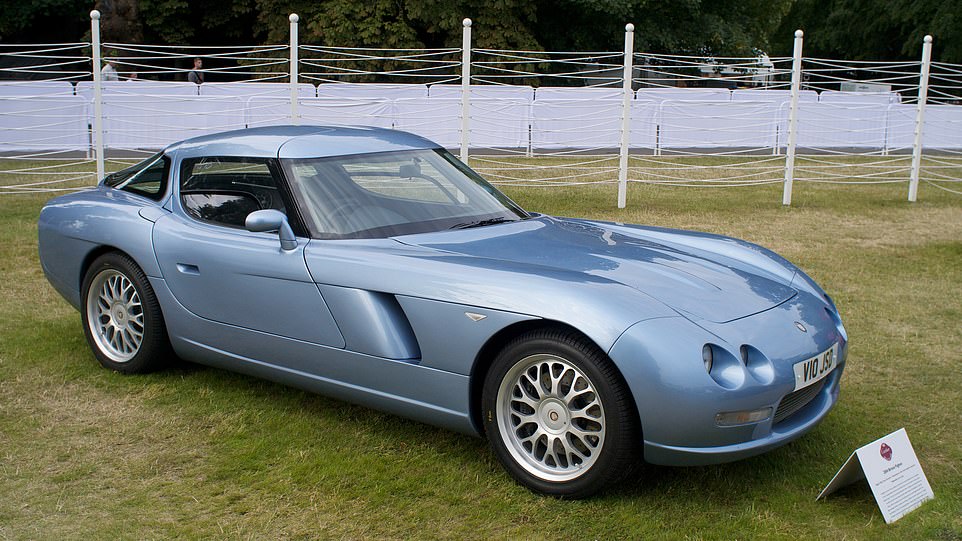 The 2014 Bristol Fighter. Despite winning acclaim for its design, it is rumoured that as few as 9 were ever actually manufactured and the model’s lack of success was a devastating blow for the company’s owner Anthony Crook 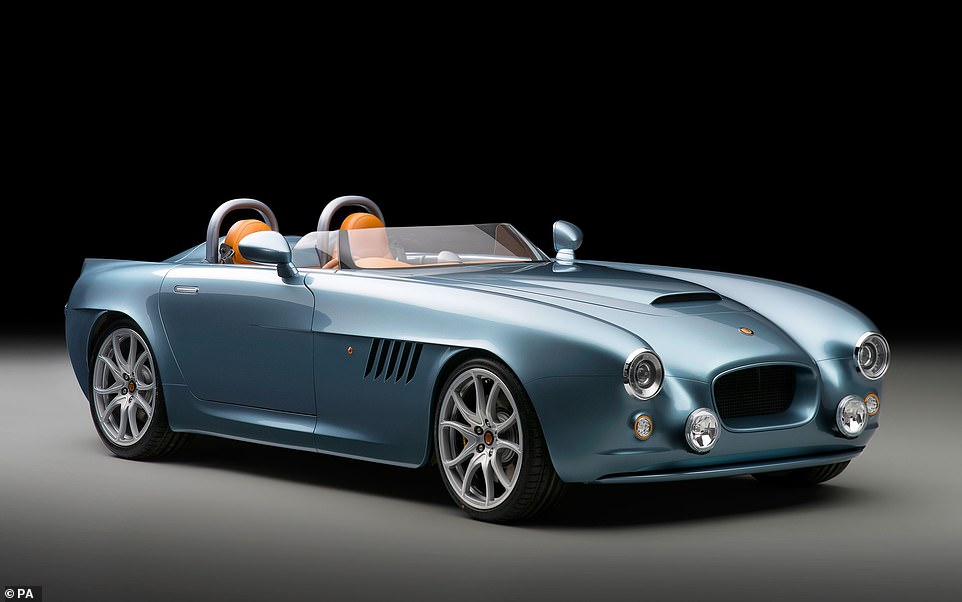 The Bristol Bullet was unveiled in 2016, 12 years after the Bristol Fighter was released, to celebrate the founding of the company 70 years before. The car never made it to production despite interest from prospective buyers 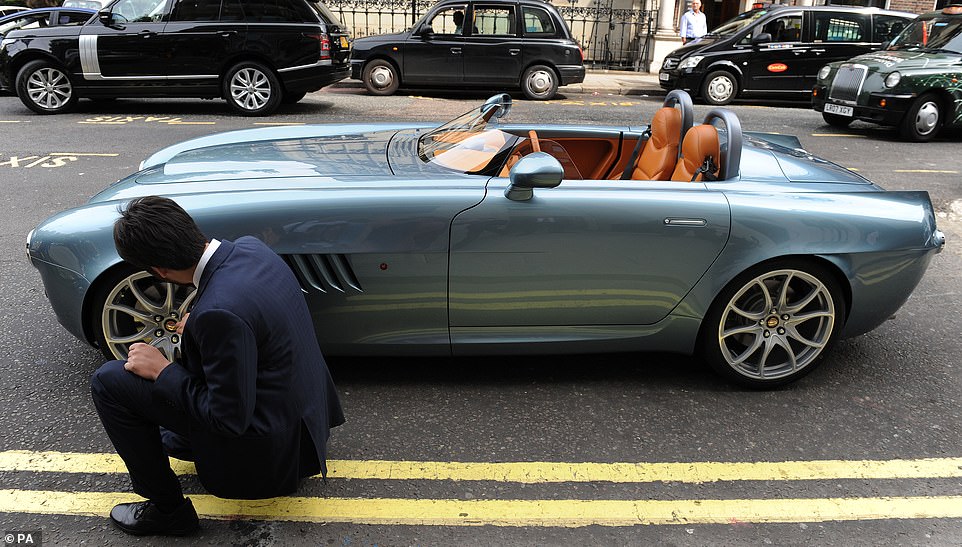 A man looks at a Bristol Bullet in central London in 2016. The Bullet was the first new model Bristol Cars unveiled since 2004 when they released the ‘visually stunning’ Bristol Fighter and would have cost £250,000 had it made it to market

This low level of interest in the car was devastating even for a company that prided itself on quality over quantity. Anthony Crook sold his stake in the business in 2007 and four years later the company fell into administration.

The company was then bought by Kamkorp group who have owned the company for the past nine years. In 2016, Bristol released the Bristol Bullet speedster, another visually stunning concept car with a price tag of £250,000.  Production was due to start in 2017, but none were ever manufactured for sale.

The company lost its appeal against being liquidated for the second time in ten years today, and insolvency specialists have been appointed marking the sad end to its 73-year existence.

Derek Chauvin should NEVER have put knee on George Floyd's neck as restraint 'not approved,' expert who trained cop says