Thousands of women have been told to stop taking a daily tablet for a painful womb condition after five patients on the drug were left needing life-saving liver transplants.

The Medicines and Healthcare products Regulatory Agency (MHRA) has ordered GPs to contact all patients on the drug – called Esmya – and tell them to stop treatment at once.

The five women all suffered acute and sudden liver failure and without emergency transplants, they would have died. None of them is believed to be from the UK. 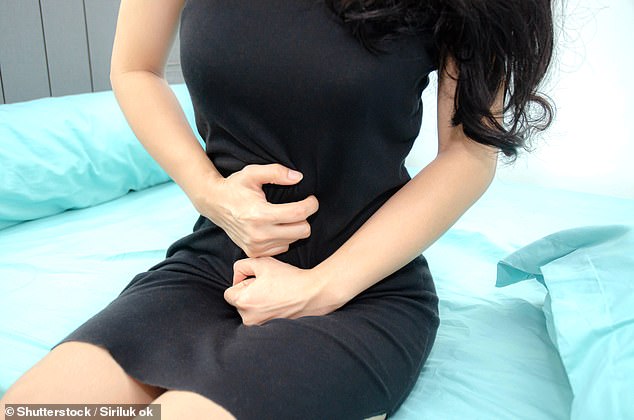 However, the MHRA says at least ten British women have also experienced severe liver problems from taking the drug, including hepatitis and fibrosis, a form of scarring of the liver. Esmya was launched in 2012 and hailed as a major breakthrough for women with uterine fibroids – non-cancerous blood-filled lumps that grow in or around the womb.

The drug was able to shrink the growths and is thought to have saved many from ending up needing a hysterectomy, the surgical removal of the whole womb.

Around 20,000 women a year in the UK are believed to be prescribed the drug. It is usually taken daily for three months at a time, although some women are on it for much longer.

Around 40 per cent of women develop fibroids at some point in their lives, usually between 30 and 50. Symptoms can include heavy, long and very painful periods.

The lumps can also cause fertility problems and miscarriages. Concerns over drug-related liver damage from Esmya first emerged in 2018, when doctors around the world were told to warn patients of the potential damage after reports of four emergency liver transplants.

At the time, GPs in the UK were instructed to tell patients to seek medical attention at the first sign of liver-related problems, such as extreme fatigue, yellow skin or darker urine. They were also ordered to carry out regular liver function checks on patients taking the tablet.

Now the MHRA has confirmed that a fifth woman on Esmya recently needed a liver transplant. It is not clear where she was from.

In a circular to all GPs it said: ‘Contact patients on Esmya for uterine fibroids as soon as possible and advise them to stop their treatment. The licence for the drug has been suspended to protect public health while a safety review is conducted by the European Medicines Agency.’

Patients are being told to return unused tablets to their pharmacy.

Dr Edward Morris, president of the Royal College of Obstetricians and Gynaecologists, said it was monitoring developments.

He stressed that another drug made with the same active ingredient – an emergency contraceptive called ellaOne – was not affected by the ban as there had been no reports of liver damage.

‘Women can continue to take this as recommended,’ he said.

Gedeon Richter, the pharmaceutical company that produces Esmya, said it was working with the European Medicines Agency to help it complete its assessment of the drug.