Family of ‘self-taught’ dentists are arrested for working without a license out of a FILTHY office in Houston filled overflowing trash, messy wires and stained floors

A trio of allegedly self-taught dentists have been arrested for practicing dentistry without a license at their filthy office in Houston, Texas.

According to court documents, police had been tipped off by one of Alberto Zelaya’s customers, who paid $2,000 for a cleaning and brackets in October in order to get braces, but was alarmed by the lack of licenses and diplomas at the practice, as well as the unsanitary conditions.

The office, which housed a single dentist’s chair in an unfinished room, had no obvious sterilization equipment, had boxes of mouth moldings scattered across the back office and dentistry tools sprawled around on shelves and desks, according to an ABC 13 tour of the suite.

Images of the back office showed metal cans, water bottles and wires littering the office besides dentistry tools and mouth moldings made for patients.

The rooms at the practice were mostly unfinished with sloppy paintjobs and were also filled with garbage. 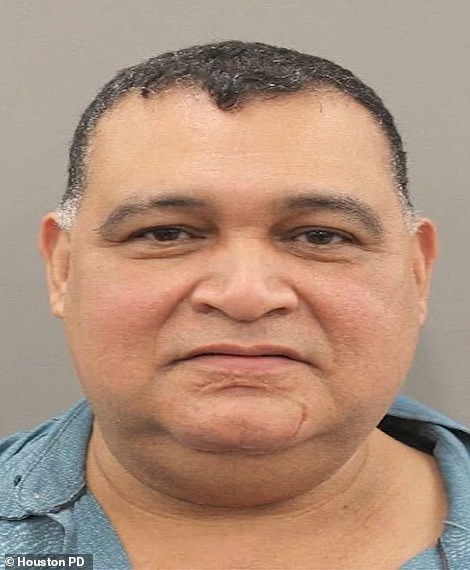 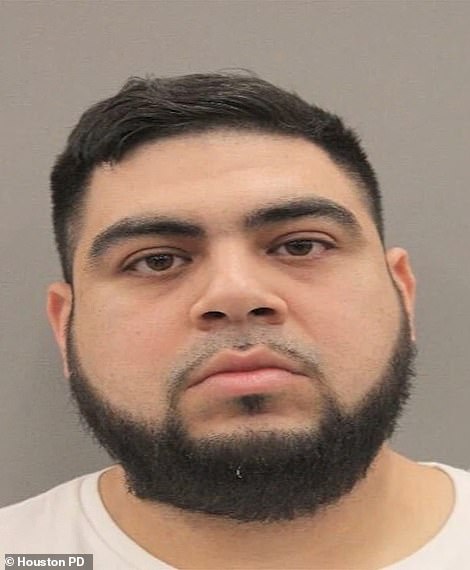 Byron Alberto Zelaya, 58, (left) and his son Bryant Jesus Zelaya, 31, were arrested for practicing dentistry without a license 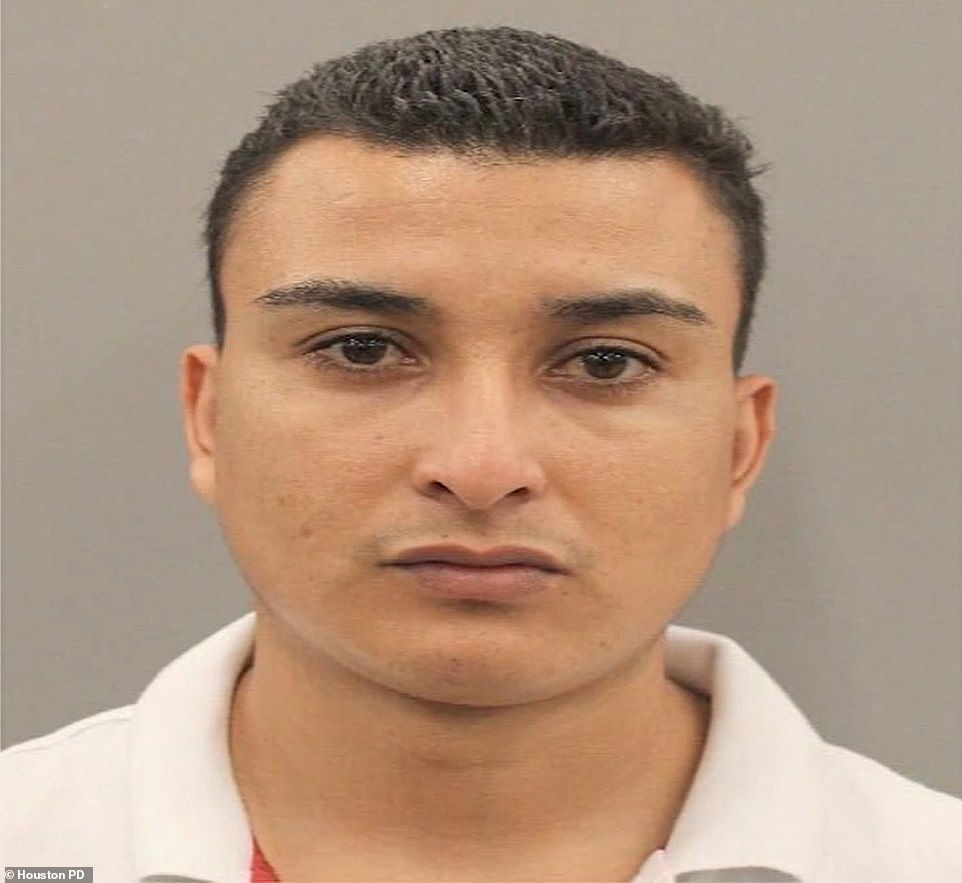 Zelaya’s nephew Omar Navarrete-Sevilla, 29 , who made the mouth molds, was also taken into custody 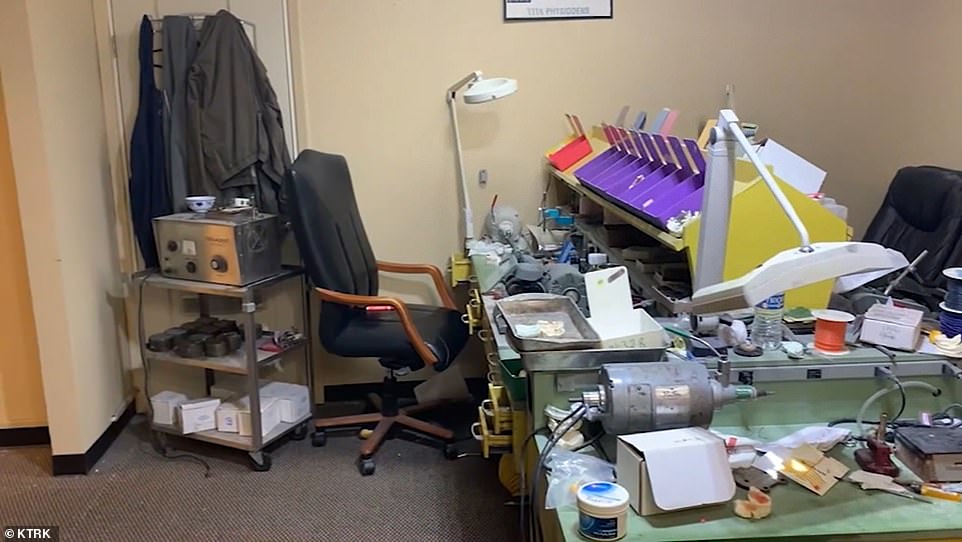 The family conducted their work inside a filthy office in Houston, Texas. Police said they had not injured a patient 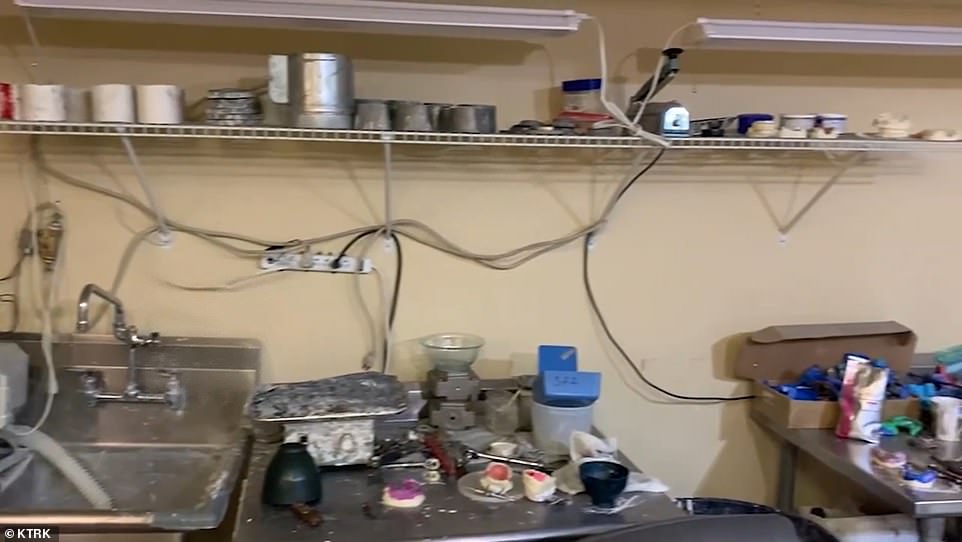 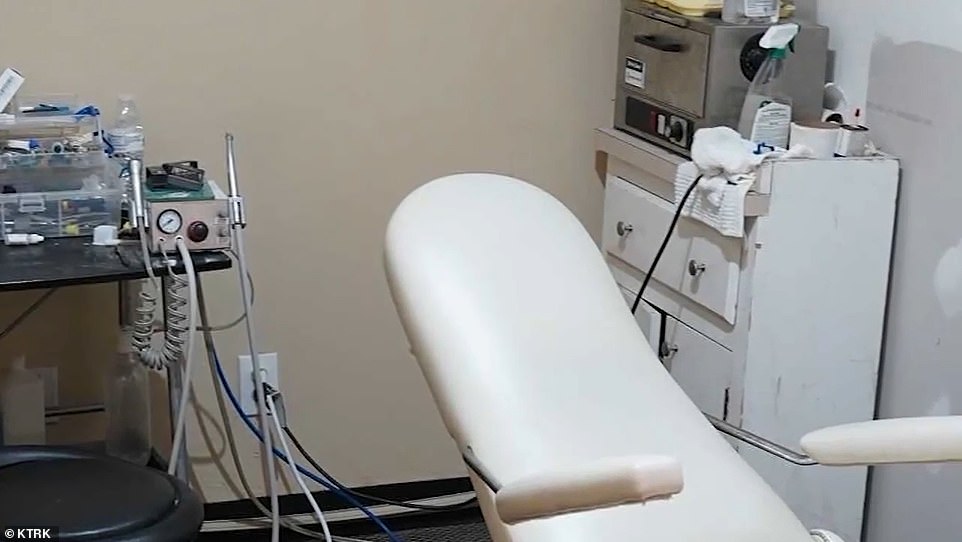 Alberto Zelaya told police that he was self-taught and had been working at the Houston office for about a year, according to court documents. He added that he had a previous job in a dental lab.

Alberto Zelaya and his son were charged with felony unlawful practice of dentistry while Navarrete-Sevilla, who made the mouth molds and worked with tools was charged the same but at a misdemeanor level.

Since their arrests, the family have bonded out of jail, with the father posting $10,000 bail on Tuesday.

The Houston Police Department said there was no evidence that the men had hurt any of their patients or botched an operation, and that it was not uncommon for people to run these types of illegal practices to collect cash. 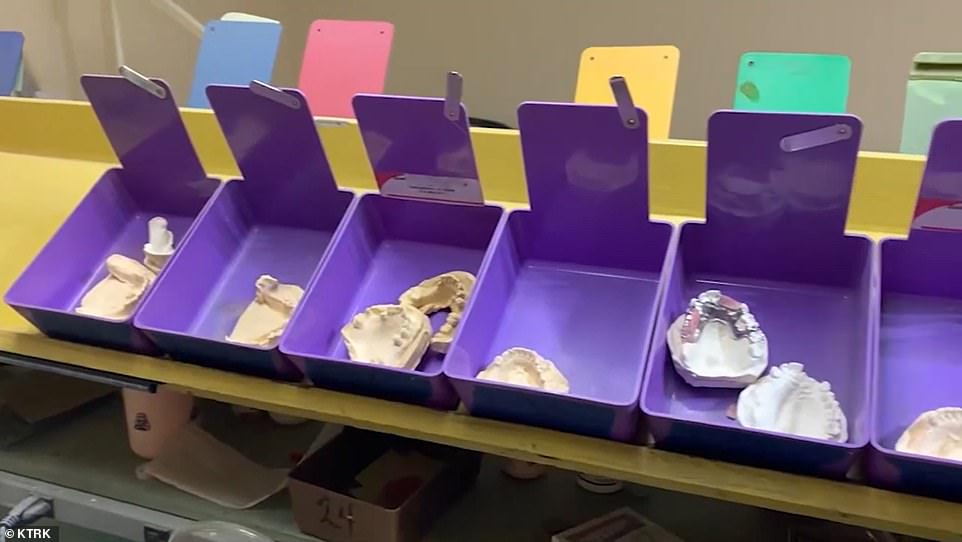 There were boxes of mouth moldings scattered throughout the back office. Navarrete-Sevilla, who was charged with a misdemeanor, was in charge of crafting the molds 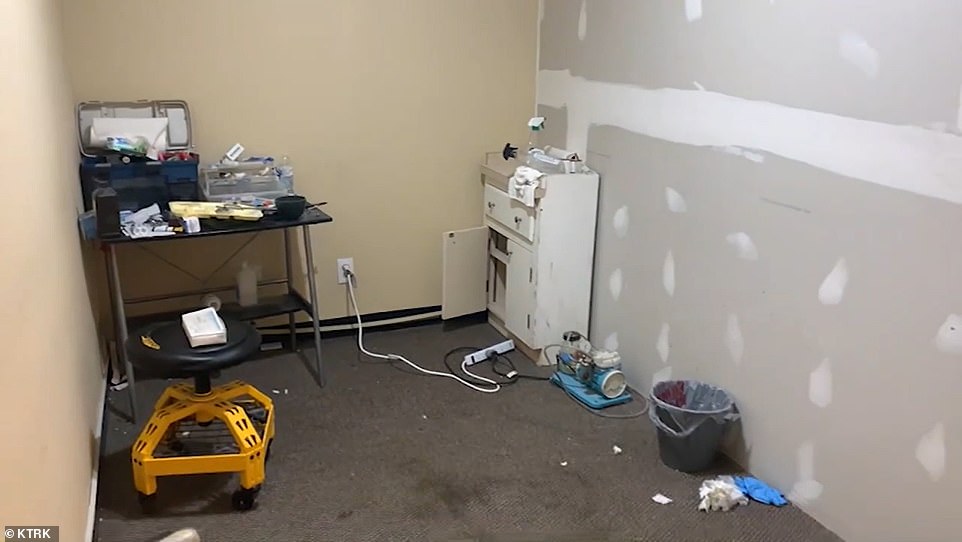 Police were tipped off to the fraudsters by one of their customers, who was alarmed by the state of the office 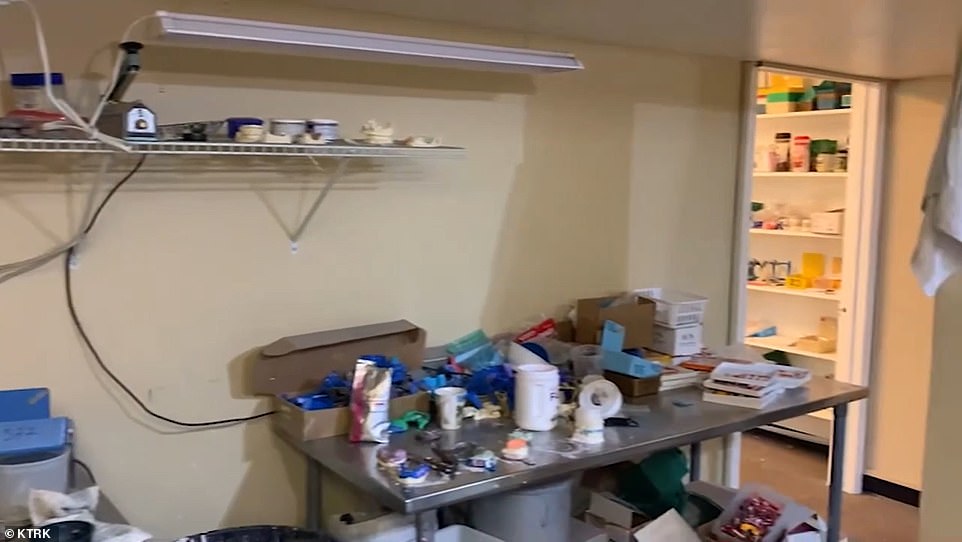 Houston dentist Dr. Thomas O’Brien said it was dangerous and even life-threatening to get dental procedures done by unlicensed individuals. Police said it was not uncommon for these types of illegal clinics to exist

Houston dentist Dr. Thomas O’Brien told ABC13 that it’s dangerous to have any kind of dental procedure done by unlicensed fraudsters who lack the proper training.

‘The results could be life-threatening,’ O’Brien said. ‘You can end up with a mouth deformity of sorts. Teeth don’t grow back. If you fracture someone’s tooth, it’s got to come out.

‘Not only can it kill you, but it can also alter your lifestyle. Proper sterilization of equipment is critical, and I would bet money they’re not properly sterilizing instruments.’ 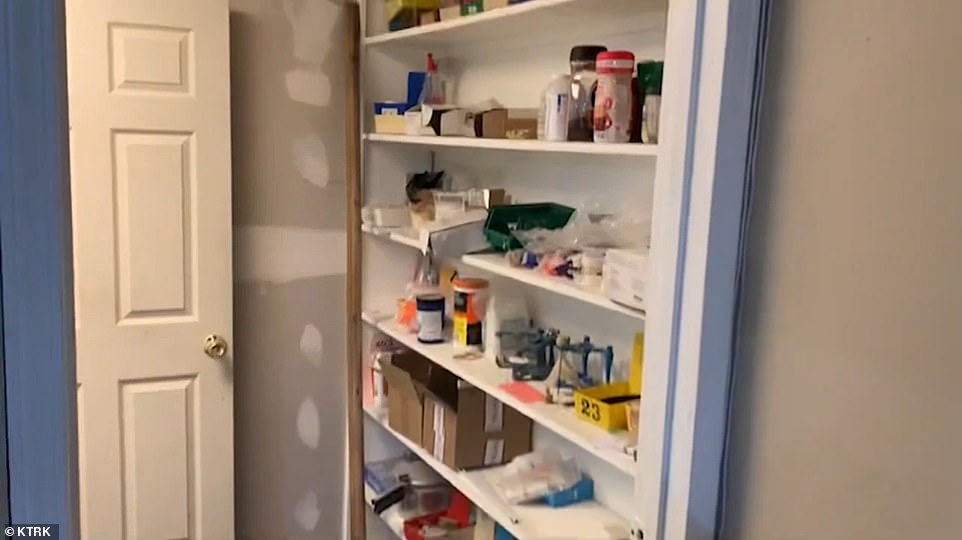 O’Brien said he doubted the trio had been properly sterilizing their equipment, which was scattered on shelves and desks 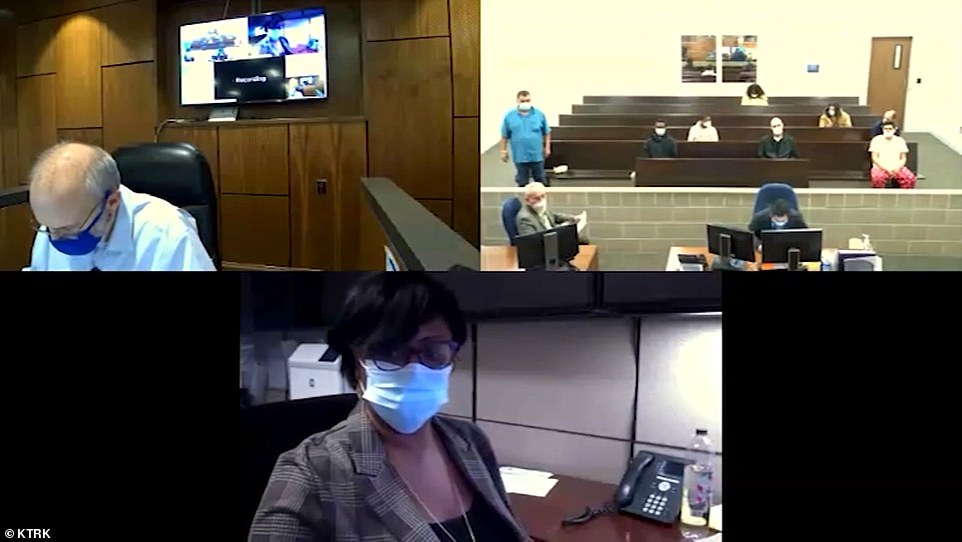 Byron Alberto Zelaya (top right, in blue) attended court in a video conference on Tuesday. He and his son were charged with felony unlawful practice of dentistry

Now push back A level and GCSE exams NEXT year, say Labour