California’s Assembly Bill 5 (AB5), a gig economy law passed in 2019 but was delayed until this summer, could significantly disrupt the state’s trucking industry.

The law requires companies to classify independent contractors as full-time employees unless they meet the conditions stipulated in a three-pronged test. That could have ramifications for independent owner-operators, who own their trucks and contract with companies to provide transportation services.

According to Harbor Trucking Association CEO Matt Schrap, AB5 threatens to upend the businesses of 70,000 owner-operators in California.

“A lot of head scratching, unfortunately, understanding the reasons for the bill or at least the said reasons,” Schrap recently told reporters during a Port of Los Angeles briefing. “We’re really moving away from worker protection right now and into something different. This industry’s been working very hard to combat all the misclassification issues, but I’ll tell you AB5 is not without its challenges specifically.” 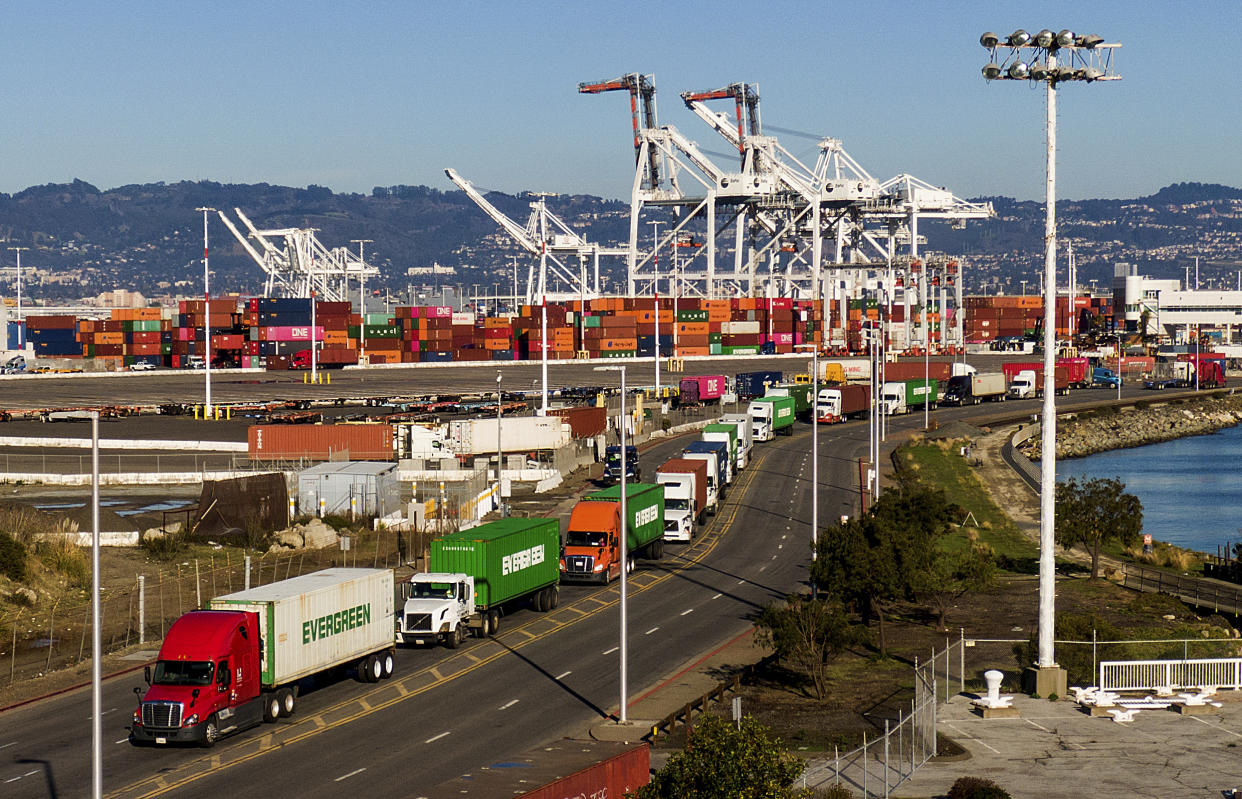 California agencies have yet to clarify when enforcement could begin. The governor’s office, which said last month that it’s taking into account the concerns from the trucking industry, did not return a request for comment from Yahoo Finance.

There is “still going to be close to 80% of the trucks that are in service available to move cargo relative to the AB5 rule,” Schrap said, adding that “we’re just not sure exactly how this impact is going to look – cost will be going up for those who would like to try to stay in the industry and comply with however that guidance comes available from the state of California for AB5 requirements.”

‘Squeezed on all different sides’

Supporters of the law — including some workers who are union members — said the law can ensure workers receive fair wages and other benefits, such as health insurance.

But opponents have argued that the change would push them out of the market and could lead to many contractors losing their jobs. 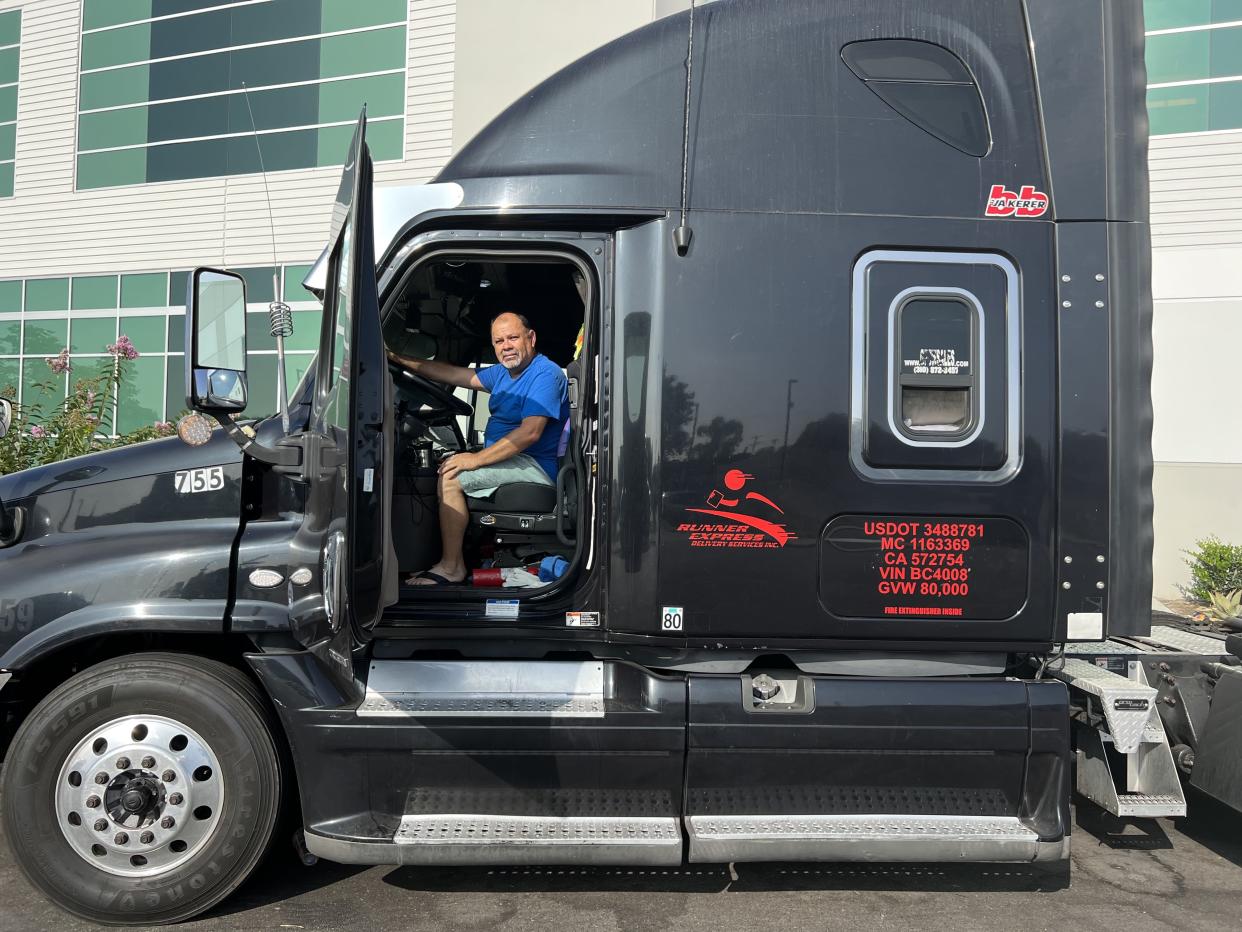 Many independent truckers remain in limbo as the state begins applying the labor rules, creating another headwind for the industry.

“It will probably have more of an impact than I can imagine because, right now, with fuel being as high as it is and [freight] rates being down, we’re getting squeezed on all different sides,” said Alvin Carter, an owner-operator truck driver.

According to Schrap, some trucking companies have stopped doing business altogether in the Golden State as a result of recent regulations.

“We’ve already heard of many carriers — especially the out-of-state ones — who have decided to just cease doing business here in California,” Schrap said. “You do have other fleets who are looking at relocating to some trucker-friendly other states like Texas or some in the middle of the country there. We’re not expecting to lose that many to other states, but losing folks to other industries is a real possibility.” 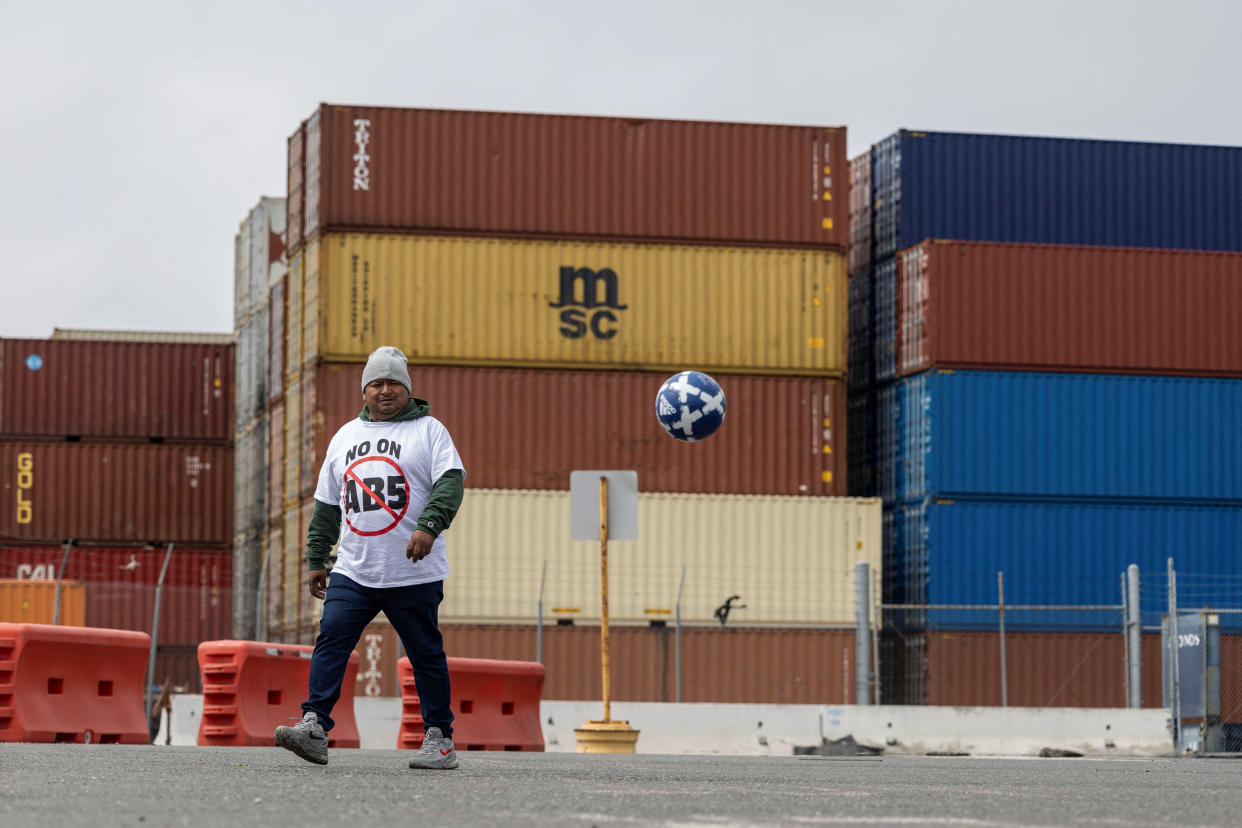 The California Trucking Association initially appealed the law, but the U.S. Supreme Court declined to hear the case on AB5 in June 2022, which allowed the law to move forward.

That decision sparked trucker protests at the Port of Oakland, which partly led to container volumes falling 28% in July compared to July of 2021.

“The Port was closed nearly a week last month due to the trucker protests voicing concern over AB5,” Bryan Brandes, maritime director at the Port of Oakland, said in a press release. “This congestion reduced our overall July volume.” 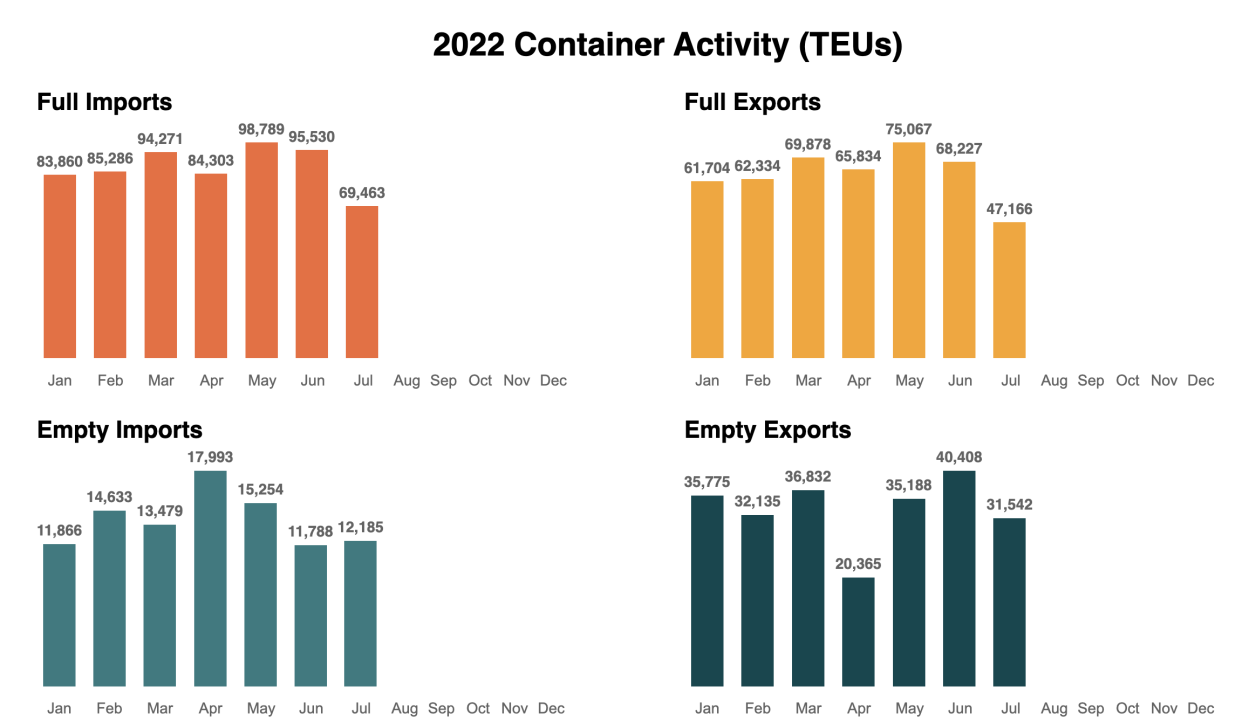 Terminals were reopened on July 23 following the disruptions and truckers were told to protest at designated “Free Speech Zones” under threat of citation.

Still, port officials said that “it is estimated that it could take a month before the port traffic will recover from the protest.”

Read the latest financial and business news from Yahoo Finance

Download the Yahoo Finance app for Apple or Android

Victim of possible coronavirus hate crime in Queens speaks out