EU THREATS of a jabs blockade on Britain have been fatally undermined by revelations their own side refused to invest in the factory at the heart of the vaccine war.

Dutch Prime Minister Mark Rutte turned down a plea from Oxford University for £8.5m in funding to boost production of the AstraZeneca jab on the continent. 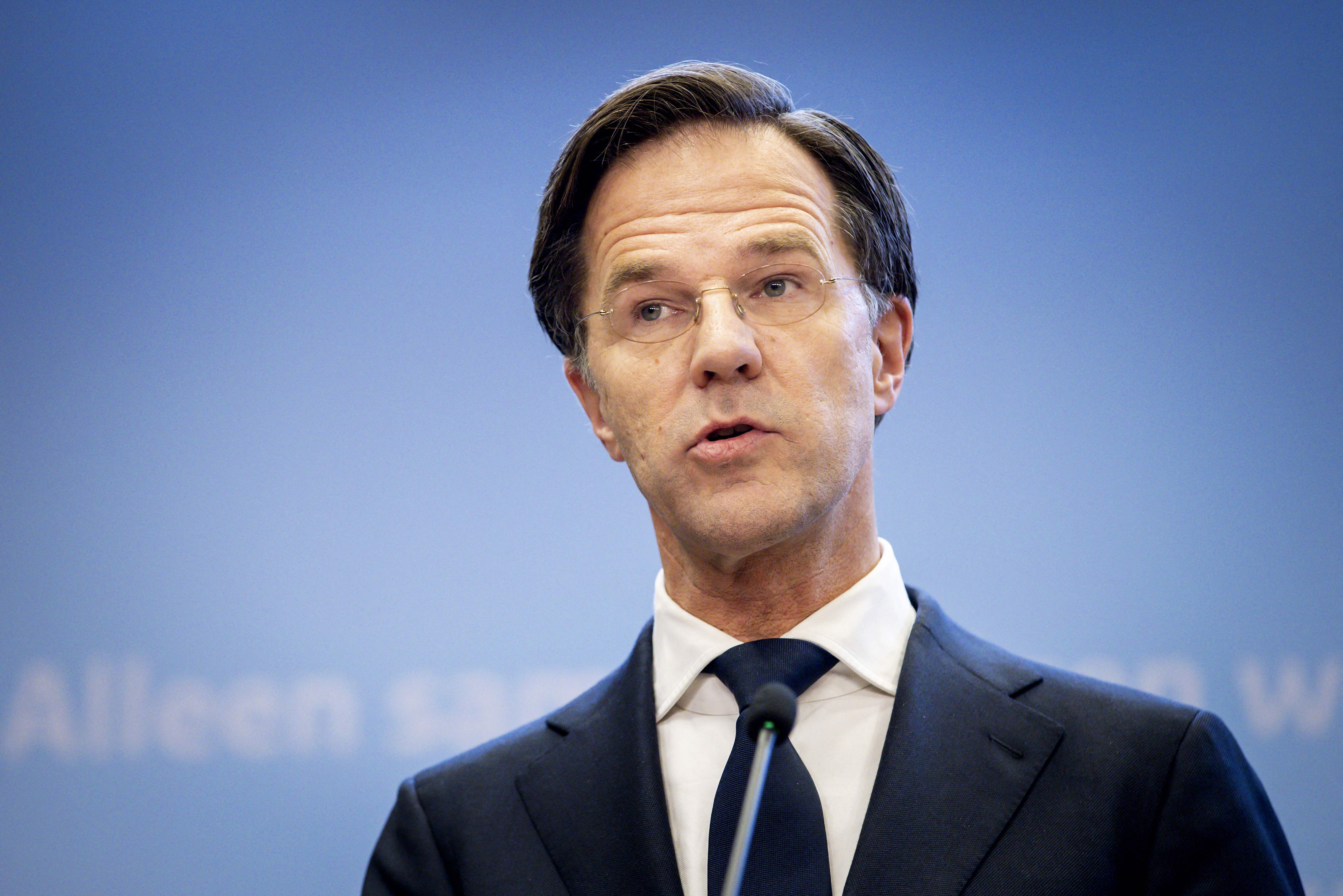 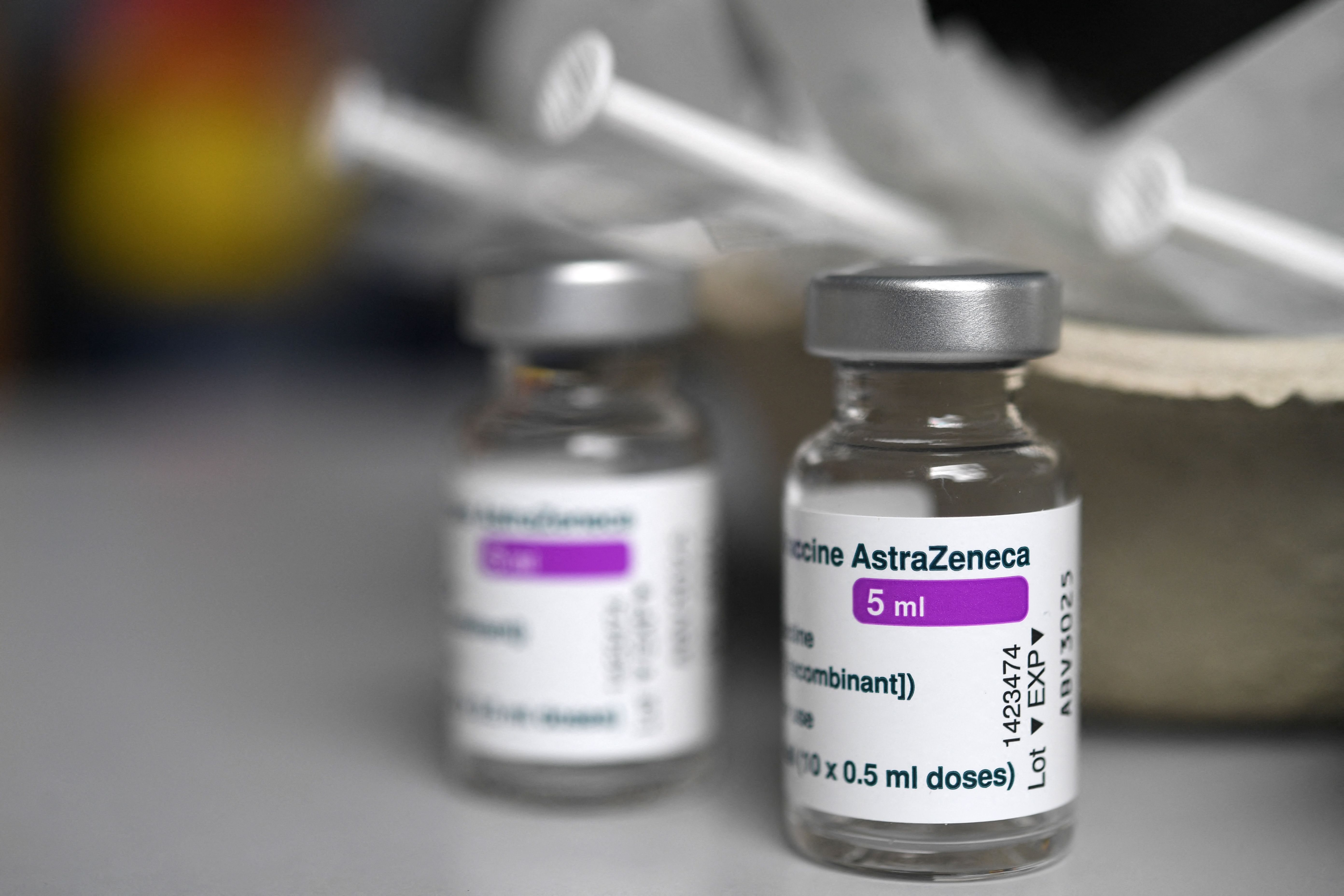 When the request was made, at the start of the pandemic in April last year, the UK had already pumped more than £21m into the plant.

In a letter to The Hague, seen by broadcaster NOS, experts at Oxford even predicted the EU would face supply shortages this year if it didn't act.

They wrote: "There will likely be enormous demand for vaccines if they pass the tests successfully.

"Most likely the quantities of available vaccines will be limited for several months. To avoid major delays production capacity must now be increased."

The revelations will come as a huge embarrassment to Brussels and undermine its efforts to block shipments of vaccines to Britain.

Eurocrats have repeatedly used complaints the Halix plant, at Leiden, should be supplying Europe rather than Britain as a justification for their export ban.

But even France's hardline Europe minister Clement Beaune admitted the EU only has itself to blame.

He said: "What we've done badly at European level is investment in the last phase of vaccine development and in anticipation of production capacities."

It came as sabre-rattling French commissioner Thierry Breton vowed "zero" AstraZeneca jabs will come to Britain until the drug maker ups deliveries to the EU.

Mr Breton said production at the Seneffe plant in Belgium and the Halix factory in the Netherlands “more or less” matches AstraZeneca’s commitments to Brussels, and so must be reserved for the EU.

Downing Street argues its deal with the pharmaceutical company means Britain should get priority over the vaccines made at those plants, but Mr Breton disagreed,

He also dismissed ongoing talks between No 10 and Brussels over a deal on supplies, insisting there's "nothing to negotiate".

The bloc's vaccines tsar said: "As long as it doesn’t deliver its commitment to us, the doses stay in Europe. There is no negotiation.” 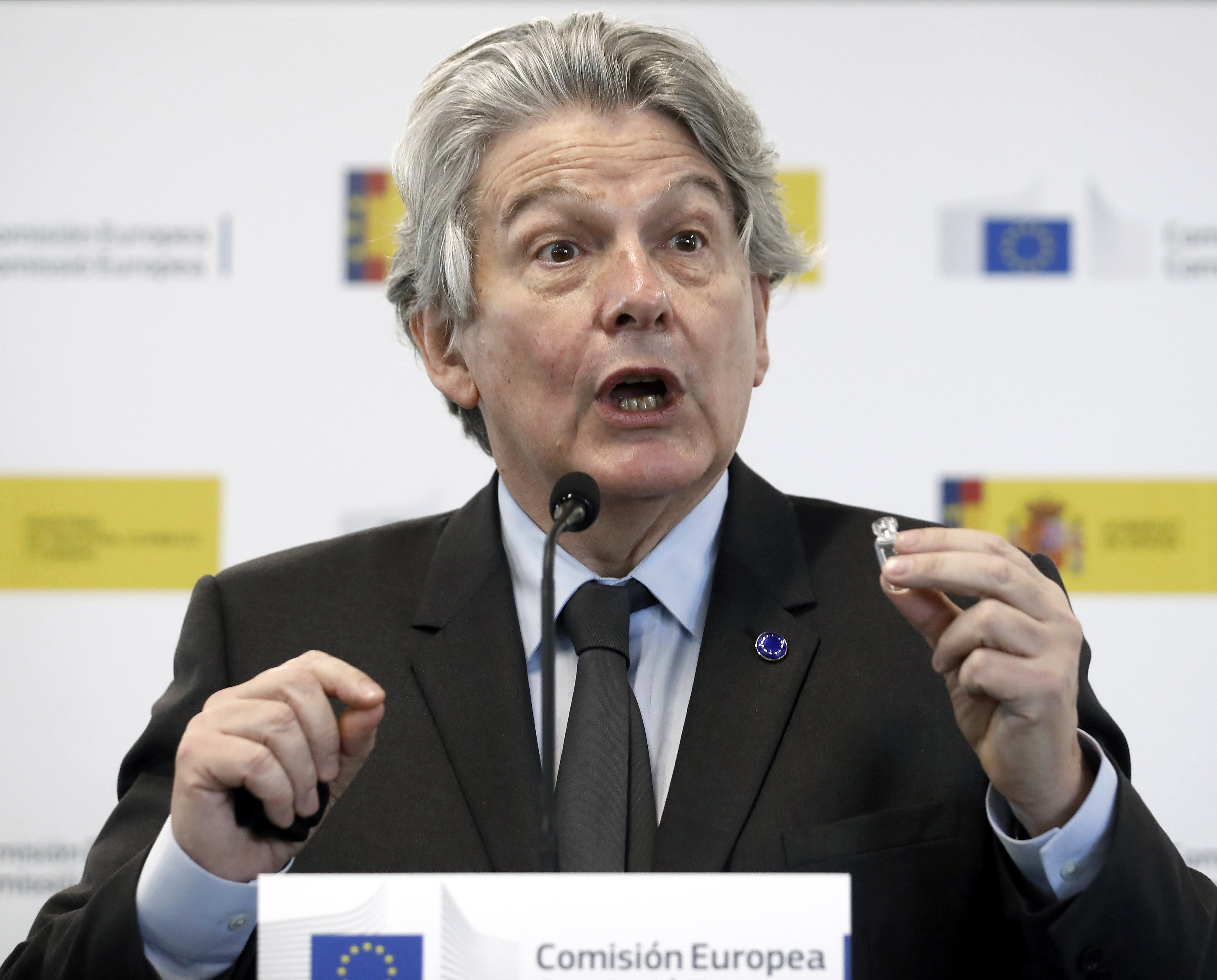 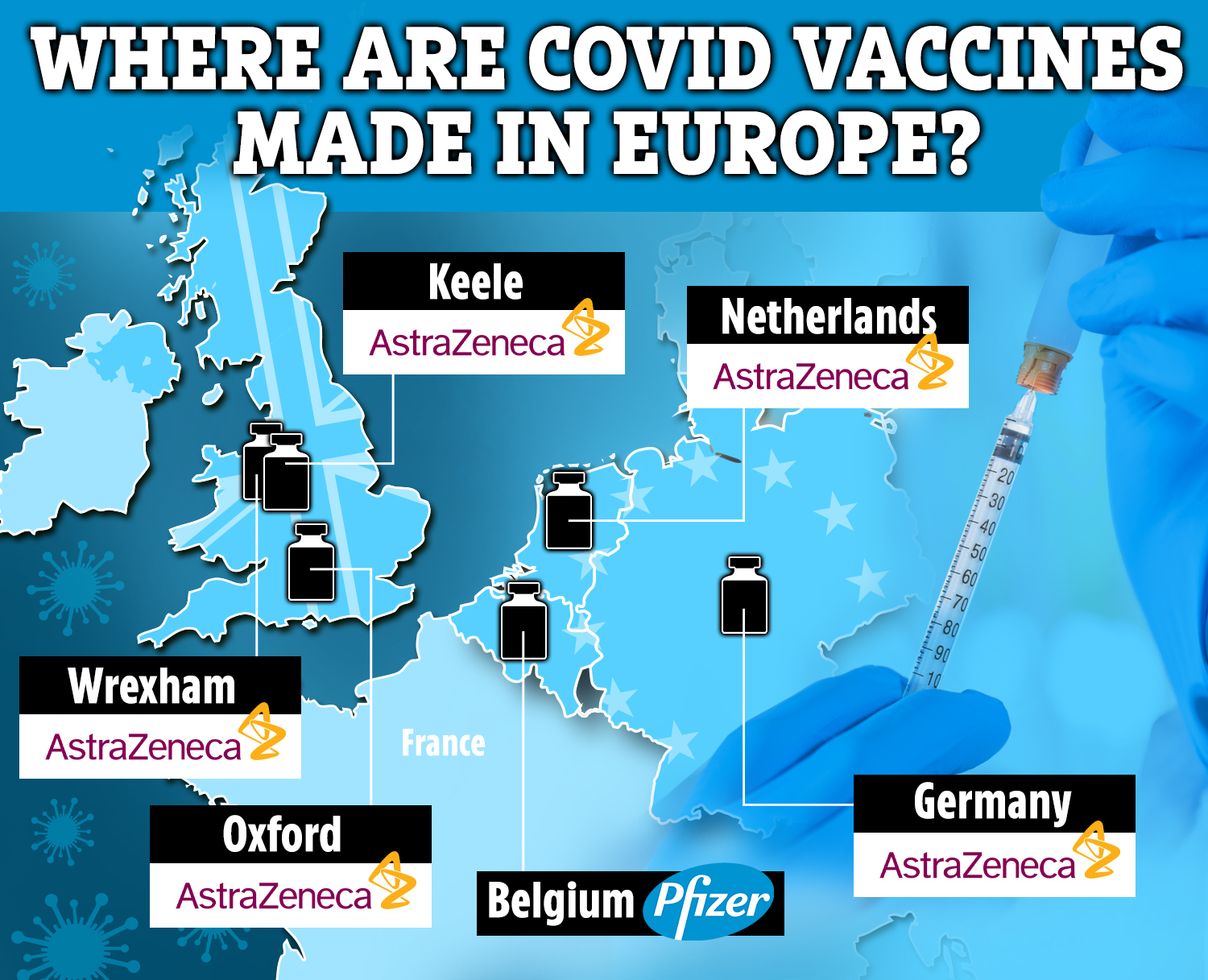 The Frenchwoman played a crucial role in sealing last year's Brexit trade deal and her involvement is a sign negotiations are serious.

A UK Government official said: "We continue to discuss what more we can do to ensure a reciprocally beneficial relationship between the UK and EU.

"No single country can face this health emergency alone, and we need to address this challenge through solidarity and cooperation."

Michel Barnier, who retired from EU duties yesterday, also had a parting shot at the Commission chief for stoking tensions with Britain.

In his goodbye speech he said: "It is true the UK has a quicker vaccination rate compared to the EU.

We will all find strong and weaker points in how we managed this. But there is no place, in such a serious situation, for polemics and competition.” 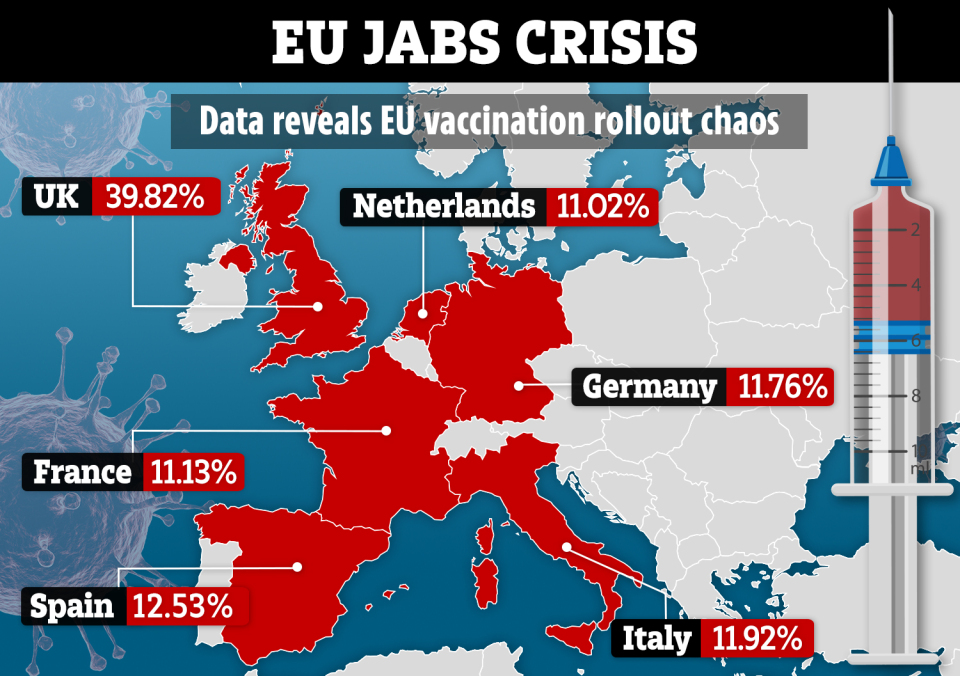 The row came as the WHO's top boss in Europe blasted the EU's "unacceptably slow" rollout and warned it's costing lives.

Dr Hans Kluge slammed countries for sitting on huge jabs reservoirs and warned they mustn't try to exit lockdown like Britain is doing.

He said: "Vaccines present our best way out of this pandemic. Not only do they work, they are also highly effective in preventing infection.

"As long as the coverage remains low we need to apply the same public health and social measures to compensate for delayed schedules.

"We must speed up the process by ramping up manufacturing, reducing barriers to administering vaccines, and using every single vial we have in stock.”