Home » World News » Vale Carla Zampatti: ‘Outsider’ who blazed a trail to the front and centre of Australian fashion

As an Italian immigrant and a single mother forging a career in the 1970s, Carla Zampatti had reason to see herself as a bit of an outsider. But she quickly worked to the front and centre of Australian fashion, where she remained for five decades, right up until her death on Saturday.

The 78-year-old had been working on her Spring-Summer ’21 collection, looking forward to dressing women in beautiful clothes again post-pandemic, and returning to her beloved cultural events, when tragedy struck. 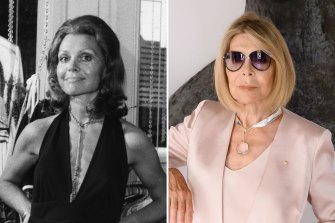 Carla Zampatti has been remembered as an elegant trailblazer who thrived on her work. Credit:Composite

Zampatti was attending the opening night of La Traviata at Mrs Macquaries Point a week ago on Friday ,when she fell on the bottom two steps of a staircase as she was leaving. She was taken to St Vincent’s Hospital, where she succumbed to her injuries on Saturday morning.

News of her unexpected death sent shockwaves through the worlds of fashion, business, politics and arts where Zampatti was influential. Beloved by many, she was remembered Saturday as a trailblazer and inspiration, as well as a fashion icon, a friend and mentor.

Tributes were led by Prime Minister Scott Morrison, who said he and his wife Jenny – who wore a glittering Zampatti gown to the White House – were “terribly saddened” by the sudden loss. 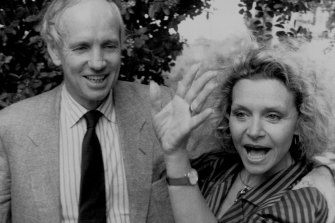 Zampatti’s publicist Kellie Hush, the former editor-in-chief of Harper’s BAZAAR Australia, said she would miss going around for a cuppa and a debate – “she was a fierce debater”.

A recent topic of debate was what women want to wear after 2020’s pandemic lockdowns. “She was convinced people wanted to dress up,” Ms Hush said.

The business was thriving as Australian women turned to trusted brands, she said, and Zampatti “thrived off working”. 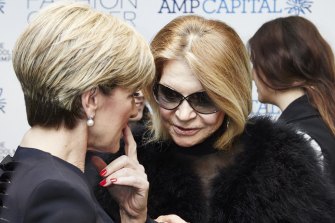 Ms Hush said Zampatti was “a beautiful friend who “was always very generous” and a mentor to lots of designers. “She loved to give out advice which was always taken on board.”

Melbourne-based fashion designer Toni Maticevski remembered Zampatti as someone who “championed talent and pushed me to believe what I did mattered”.

Zampatti’s daughter, fashion designer Bianca Spender, posted a tribute on Instagram saying “Today I lost my mother, my inspiration, my mentor and my friend. I am lost for words and totally heartbroken”. 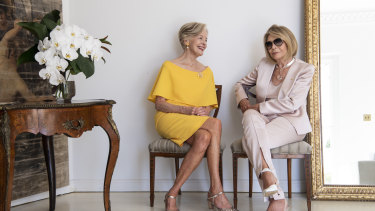 An online page also swiftly appeared, commemorating Zampatti as Australia’s “most successful and enduring fashion designer” who “has long been celebrated for making Australian women feel confident and elegant through her exceptional design, tailoring and understanding of the modern woman.”

“A champion of Australian women and a multicultural success story, she continued to thrive as a businesswoman through enormous radical and social change, designing clothes for women fighting for liberation through the women’s rights movement in the 1960s to empowering women today in leadership, the workplace, in their home and at major life events.”

“Her family is very grateful for the support and for the excellent care from the team at St Vincent’s Hospital Sydney,” the statement on the page said.

Zampatti was born in northern Italy, where a visit to a dressmaker sparked her interest in fashion. At the age of nine, she migrated to Western Australia. At 19, she moved to Sydney to pursue her career.

In Sydney, she met and married her first husband, Leo Schuman, and in 1965, launched her first fashion collection with her husband as a partner in the business. The demise of her marriage in 1970 meant she lost her factory – but she kept the rights to her name and with that, and a loan from a family member, was able to re-launch. She married politician and diplomat John Spender in 1975, having two more children and three decades together until their 2010 divorce. 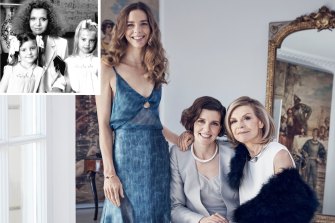 Carla Zampatti with her daughters Bianca and Allegra SpenderCredit:Composite

By the 1980s, Zampatti was recognised not only as a fashion force, but as a force in business. She was named Qantas/Bulletin Businesswoman of the Year in 1980, and continued to collect accolades in the decades that followed.

She would be chairwoman of SBS for a decade from 1999, and served on boards including the Art Gallery of NSW, Sydney Theatre Company and Westfield.

In a Sunday Life profile in May last year, Zampatti said she had always felt like a bit of an outsider, especially when she was re-starting her business as a single mother – but she didn’t see it as a bad thing: “Being an outsider makes you try harder.”

She also described herself as a culture-loving introvert. “I love theatre, I love plays, I love movies. I love watching rather than performing.”

What is the Duke of Edinburgh's Land Rover?

Nun pleads with police not to harm protesters in Myanmar