Where’s everybody gon-dola? Venice is eerily empty as tourists stay away from the city and locals stay indoors amid coronavirus lockdown

Piazzas and historic landmarks that would usually be filled with sightseers lie empty, and gondoliers are nowhere to be seen on the canals.

Coronavirus has hit Italy hard, and as far as tourism in Venice is concerned, it really is ‘arrivederci’ – goodbye for now, at least.

These pictures from today show just how deserted the city, built on more than 100 small islands, has become since COVID-19 struck the country.

Italy today vowed to spend up to 25 billion euros ($28.3 billion) to fight the coronavirus epidemic which has already killed 631 people and put the country’s hospitals and the economy under severe strain.

The country’s population has been told to mostly stay at home with more than 10,000 infections and soaring deaths recorded among its ageing population. 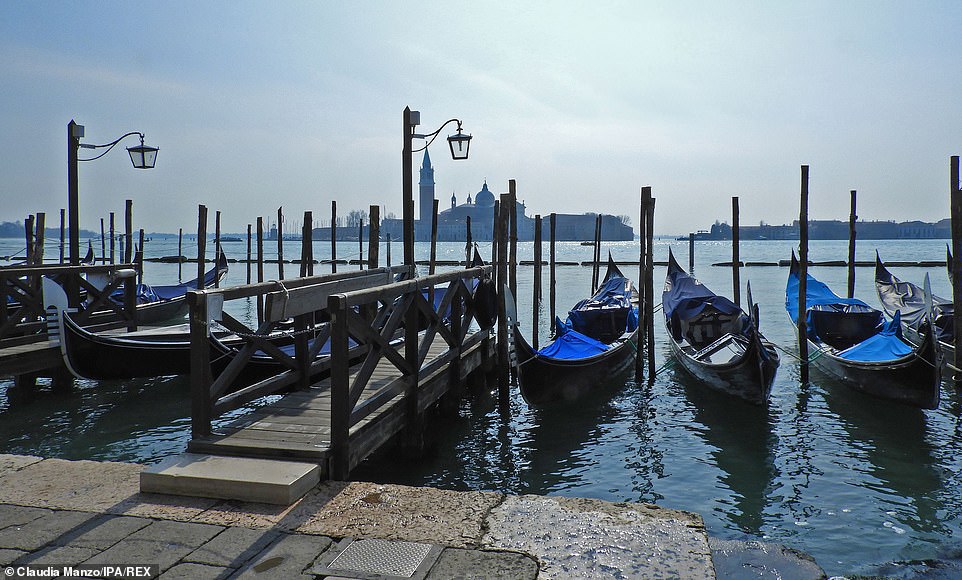 Gondolas lie empty today in Venice, where the streets remain eerily empty during the ongoing coronavirus outbreak. The epidemic has already killed 631 people and put the country’s hospitals and the economy under severe strain 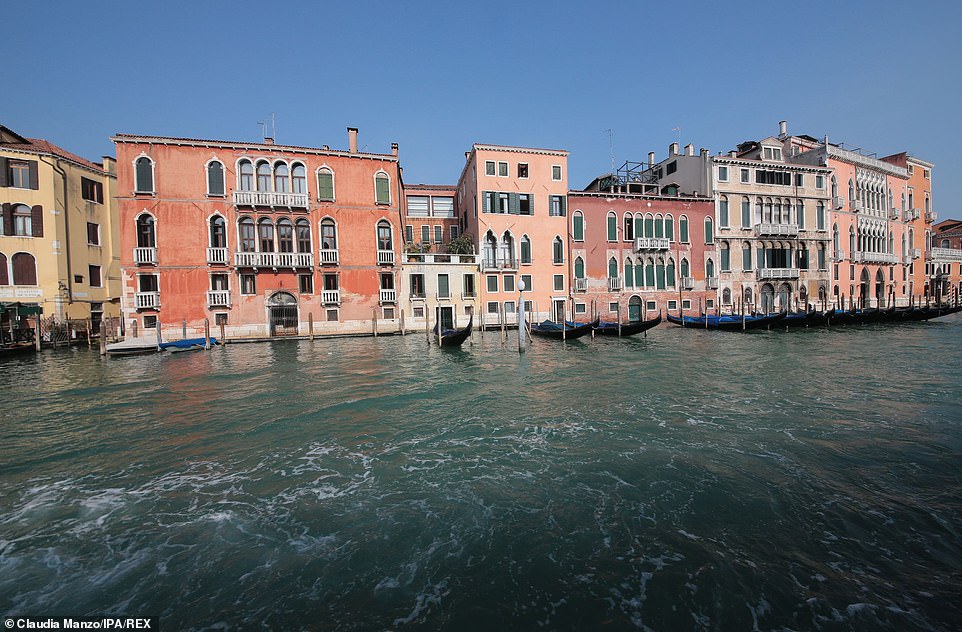 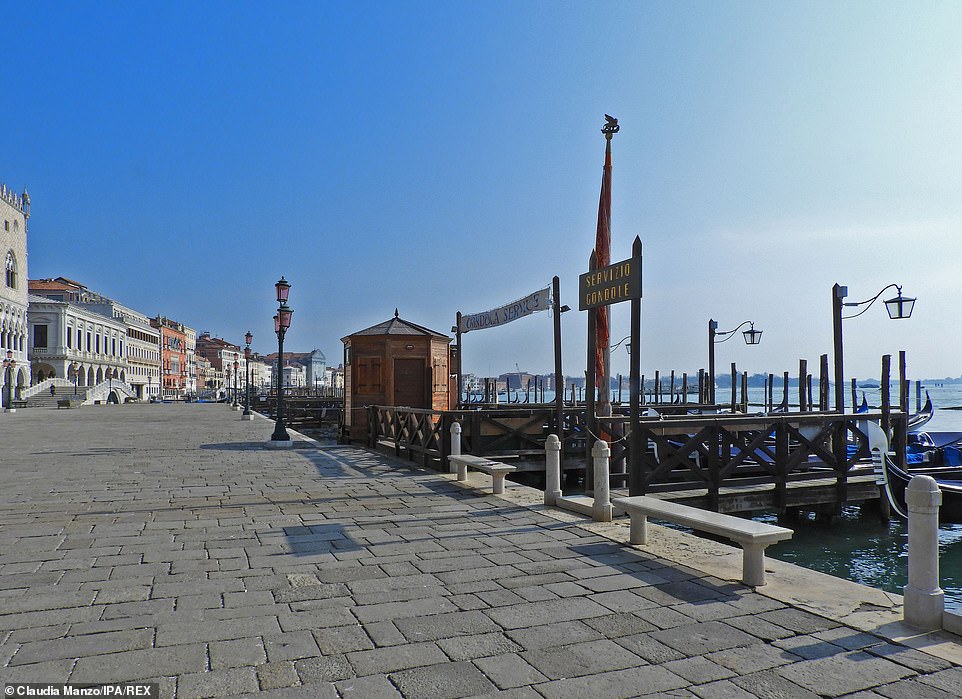 British expats living in Italy have described eerie scenes and fears over their finances after Italy was placed in lockdown. Philip Jones, 53, from Swansea, moved to Venice with his wife eight years ago, and works as a writer, teacher and translator. ‘We’re in the period now when the tourist industry (usually) really starts to kick in and you start to see significant numbers of visitors,’ he said. ‘I was in Piazza San Marco last Friday morning, even before the main restrictions came in, and it was empty at 10 o’clock in the morning, absolutely empty. It’s usually packed’ 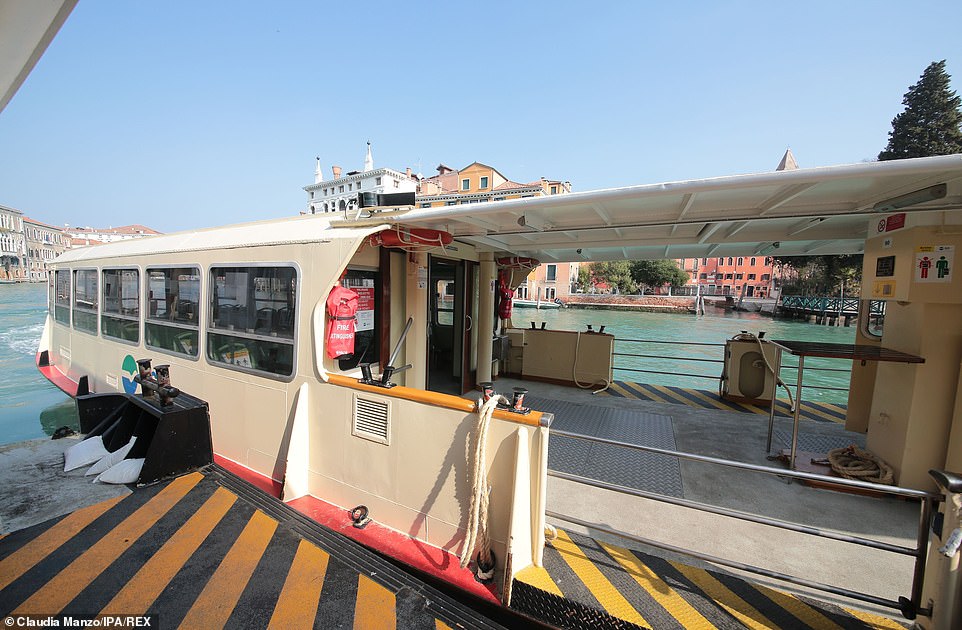 ‘I’ve never seen the canals as empty as they are now, I’ve never seen such a lack of water traffic. It’s been amazing, it’s like somebody has turned the key and switched the visitors off,’ said expat Philip Jones 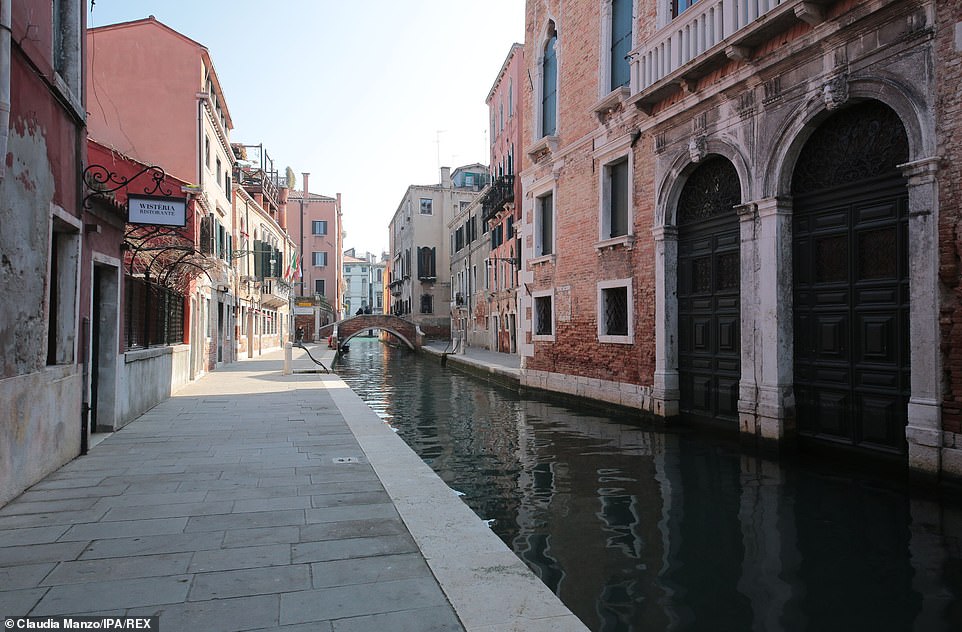 The Italian government has imposed restrictions on travel and public gatherings in areas including Venice, where more than 15million people live – and 40% of the nation’s economic activity occurs 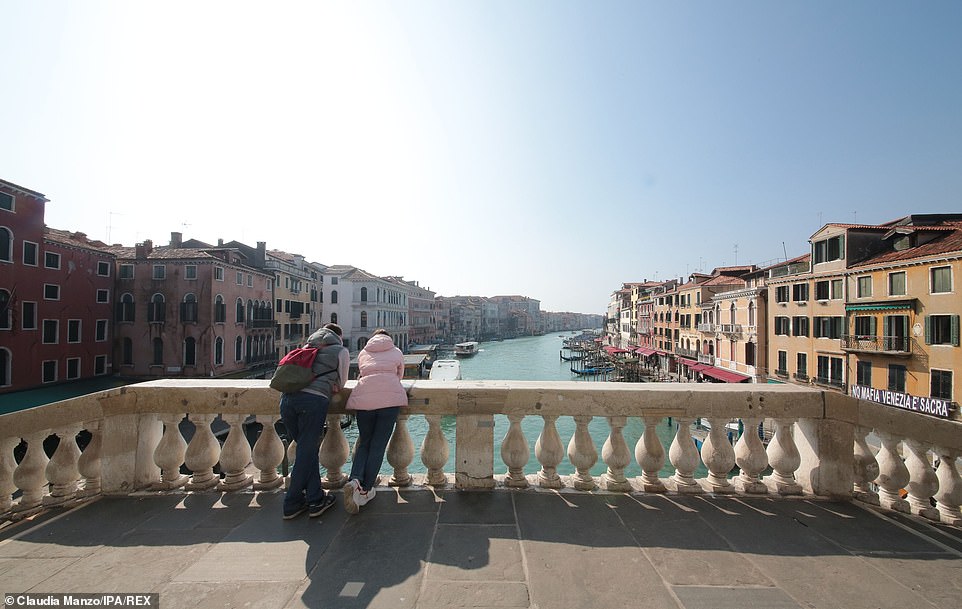 The view from a typically bustling Venetian bridge. Italy vowed on Wednesday to spend up to 25 billion euros ($28.3 billion) to fight the coronavirus outbreak 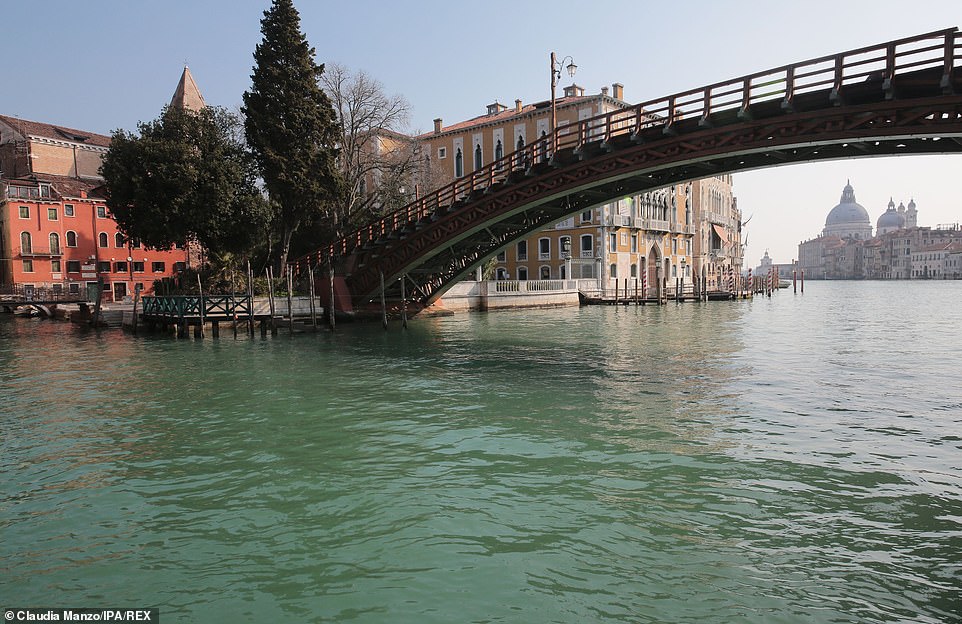 In late 2019, Venice suffered severe flooding, which had a major impact on businesses – and months later, coronavirus has dealt another blow 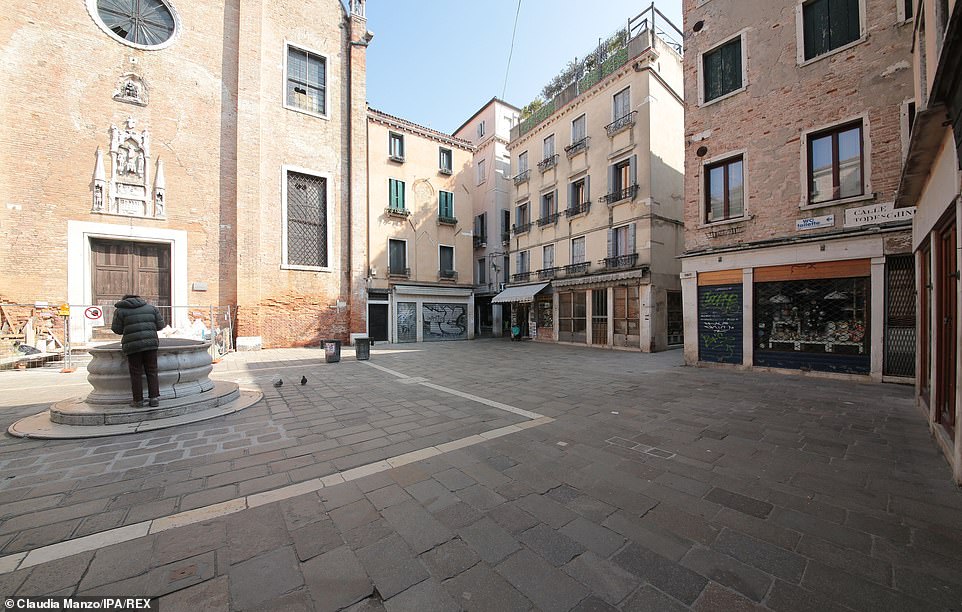 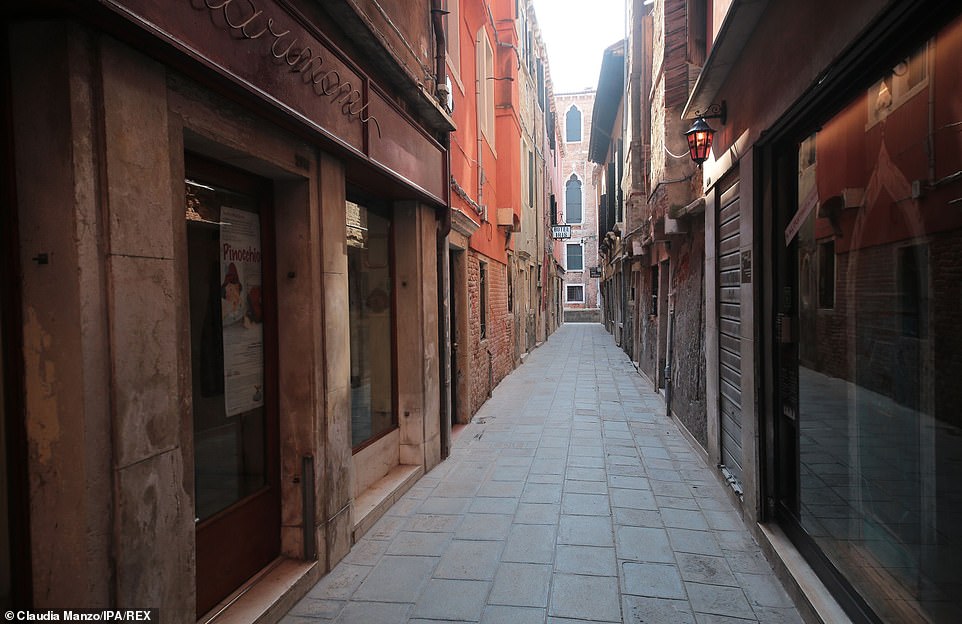 The Italian government responded to the outbreak last month by quarantining 50,000 people in 11 villages that were worst affected in the north. That was followed on Sunday with restrictions on travel and public gatherings in Milan’s Lombardy region – and surrounding areas such as Venice

Millions of Americans on Social Security benefits will get their $1,400 stimulus check by tomorrow