Home » World News » What is Dick Cheney's net worth, who plays him in the film Vice and what was his shooting accident?

DICK Cheney is known as America's most powerful Vice President when in office.

But who is he, what is his net worth and why is he one of the most hated politicians in US history? 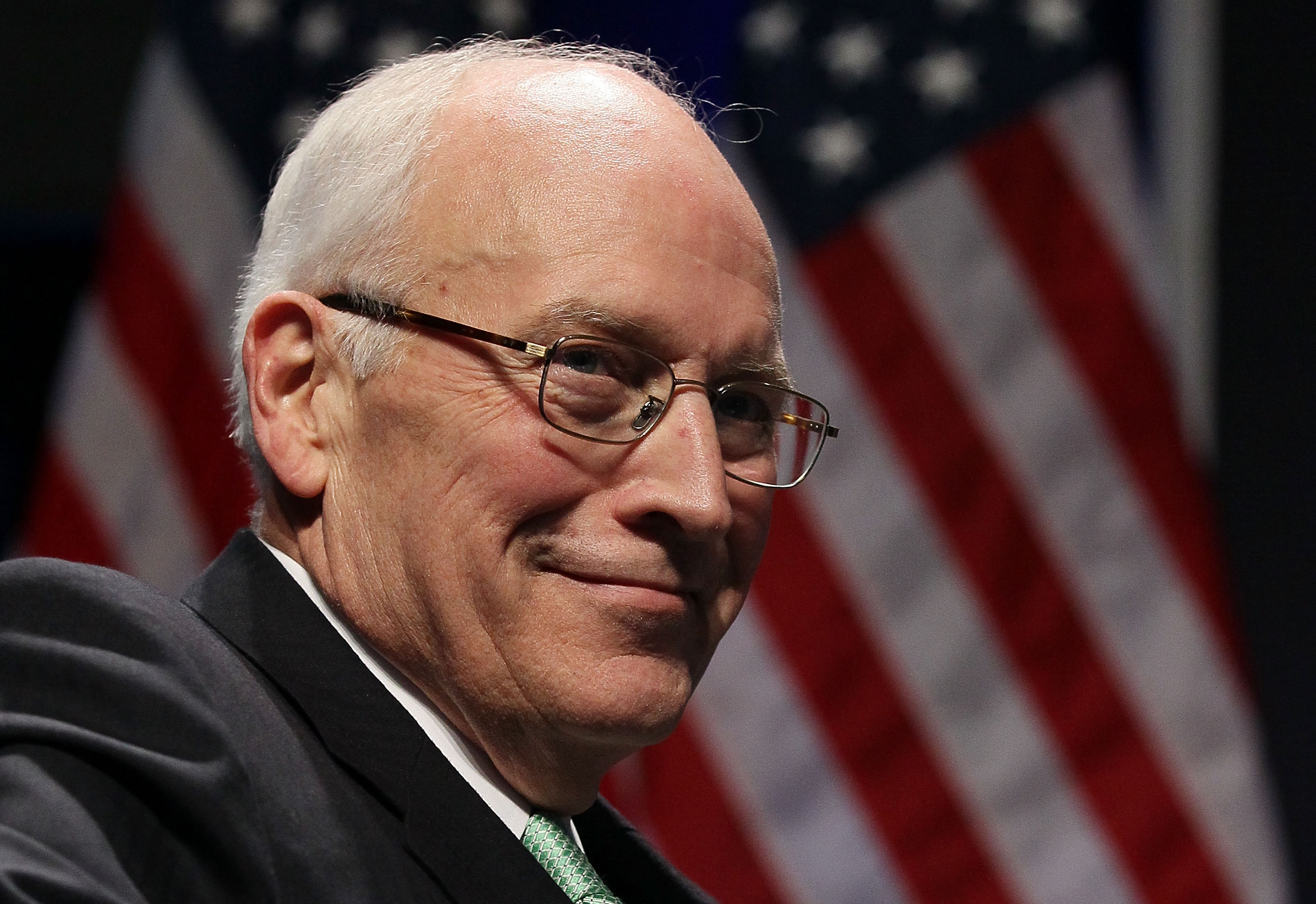 Who is Dick Cheney?

Richard Bruce Cheney, 77, is a former US Vice President and businessman from Nebraska.

He is considered to be the most powerful Vice President in history during his eight-year term alongside former president George W. Bush.

He is the subject of a biopic Vice (2018) starring Christian Bale playing Cheney himself.

Cheney is seen as one of the least-liked American politicians of all time.

Raised in Sumner, Nebraska, and Casper, Wyoming, Cheney went to Yale and then the University of Wyoming.

He began his political career in the White House under Nixon and Ford and served as the Chief of Staff from 1975-1977. 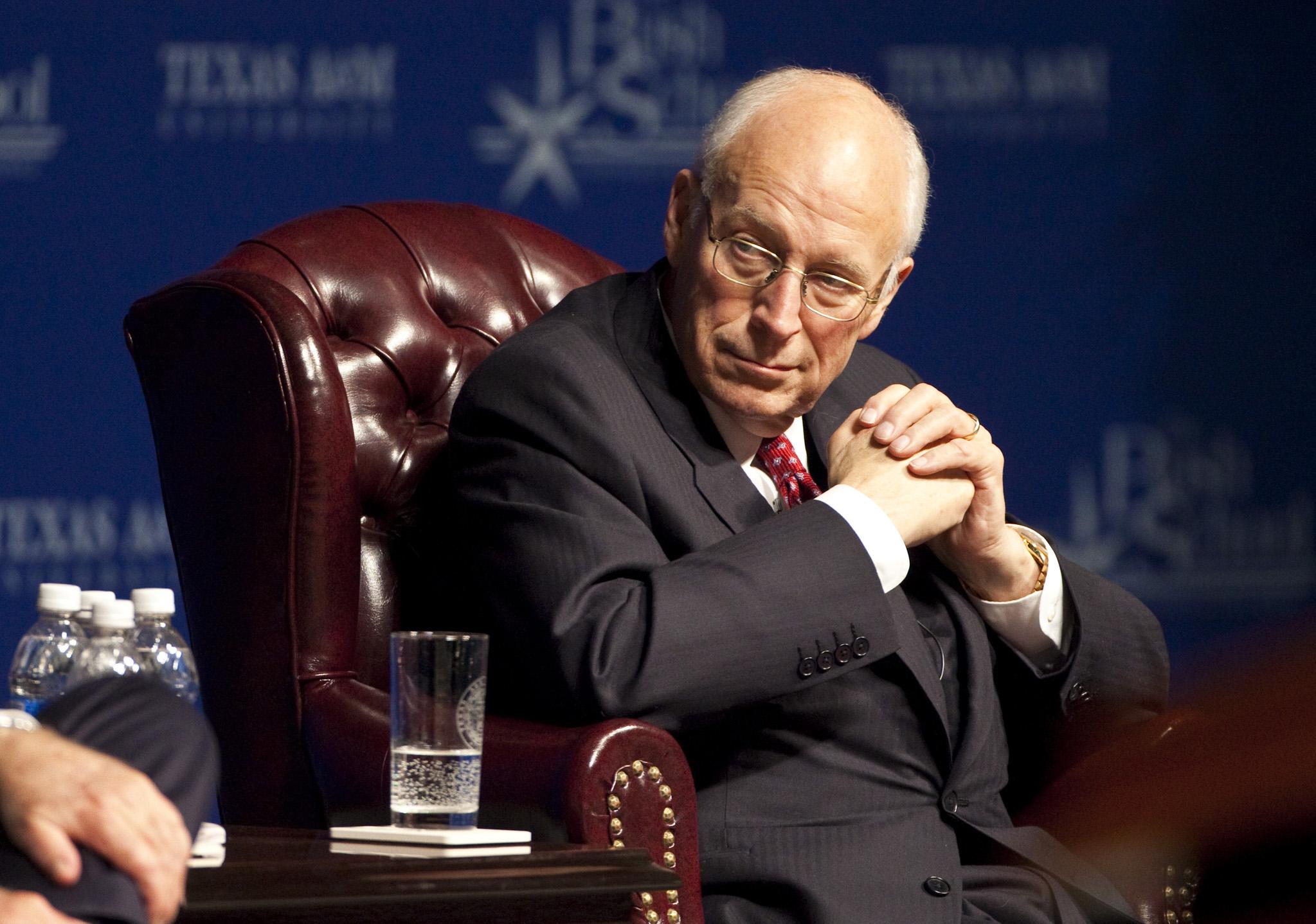 When was he Vice President?

Cheney is thought to have played a significant role in the Bush administration's response to the 9/11 attacks and the global war on terrorism that followed.

He ended up at odds with Bush over same-sex marriage – which Bush opposed – and the Cheney family came under scrutiny when his daughter's homosexuality came to light.

Throughout his time as Vice President, Cheney always maintained he did not have his eye on the top position.

There was a failed assassination attempt against Cheney on February 27, 2007, when a suicide bomber killed 23 people in Afghanistan during his visit to the country. 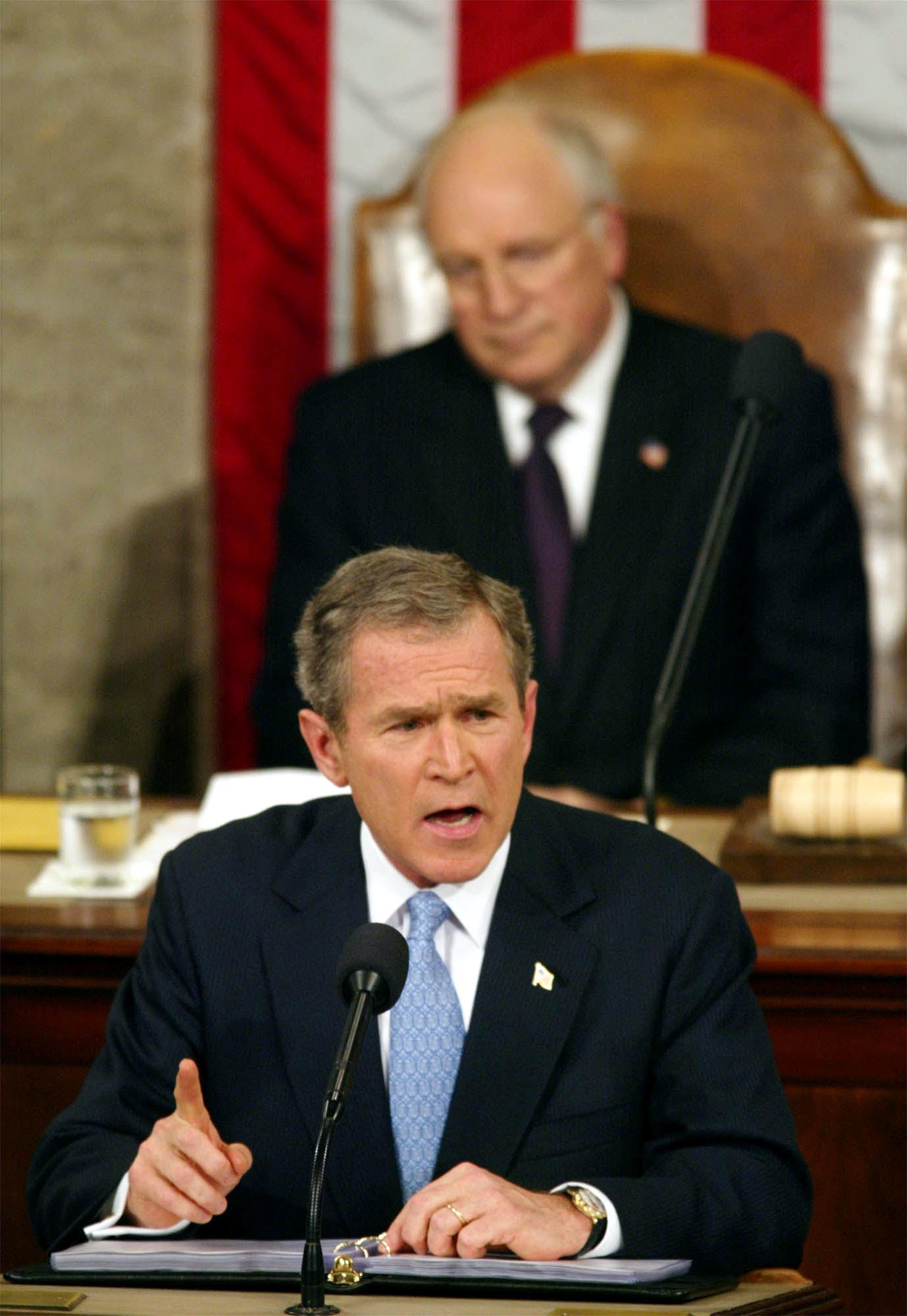 What is Dick Cheney's net worth?

Cheney's net worth, estimated to be between $19million and $86million, is largely derived from his CEO post at Halliburton.

Halliburton is an American multinational corporation that operates oil field services in over 70 countries.

What is the film Vice about?

Vice is an American biographical comedy-drama written and directed by Andy McKay.

It tells the tale of how Cheney became the most powerful US Vice President in history.

The biopic was released in the US on Christmas Day 2018 by Annapurna Pictures.

Bale won a Golden Globe for his performance and the film has been nominated for eight Oscars and six Baftas. 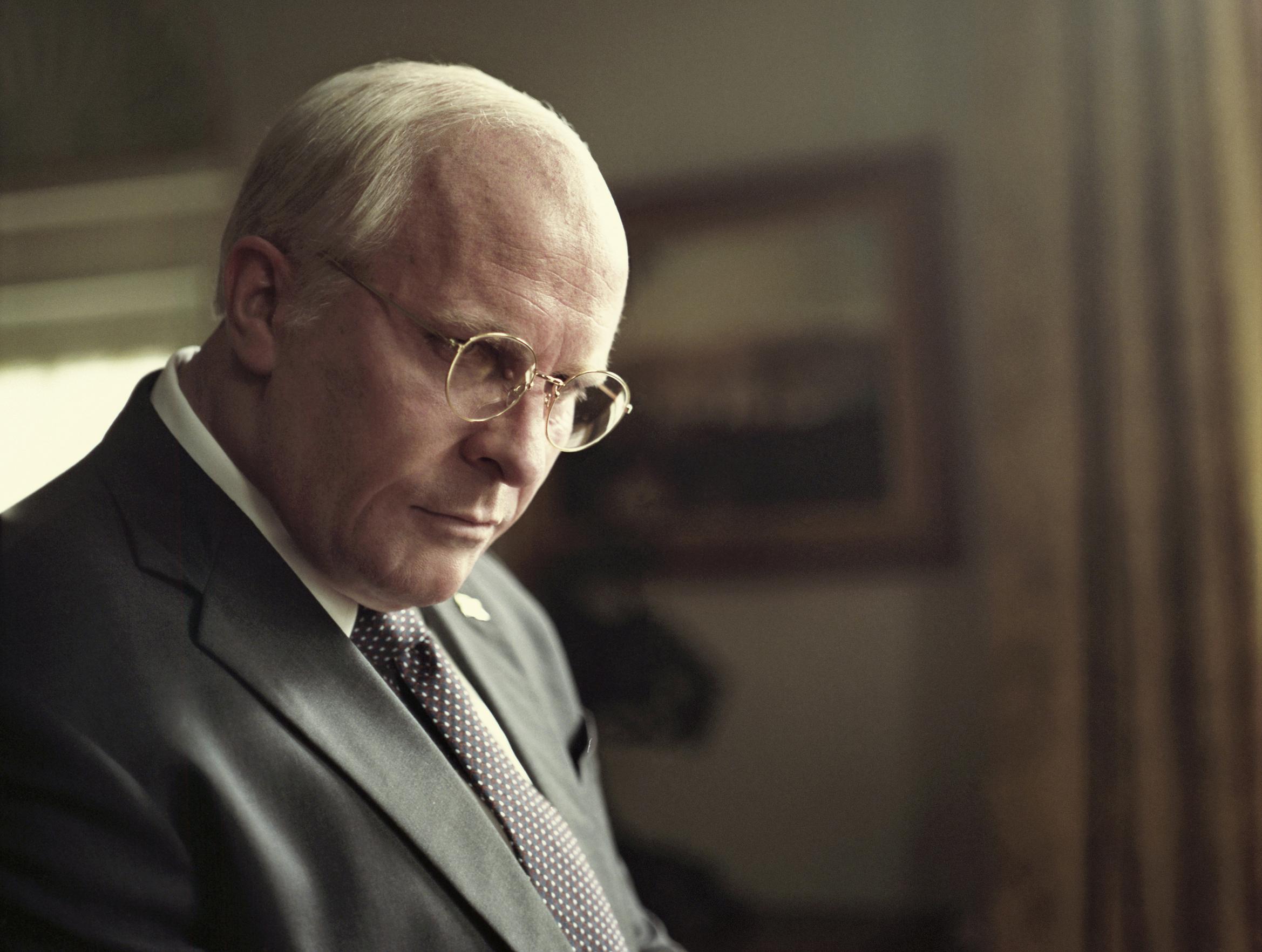 married in 1964 and they are still together after 54 years.

Lynne served as the second lady of the United States from 2001 to 2009 during which time she repeatedly spoke out against violent and sexually explicit lyrics in popular music.

Cheney was vice president of standards and practices at AOL, leaving in 2007.

Who are Dick Cheney's children?

With Lynne, Dick had two children.

They are Liz Cheney-Perry and Mary Cheney.

Both children have careers in politics.

How much weight did Christian Bale gain for the role of Dick Cheney in Vice?

The award-winning actor revealed he put on 40lb for the role of Dick Cheney.

The 44-year-old previously lost an extreme amount of weight for The Machinist (2004).

It is reported that he didn't even need to lose the weight due to prosthetics – but chose to for the accuracy of the role. 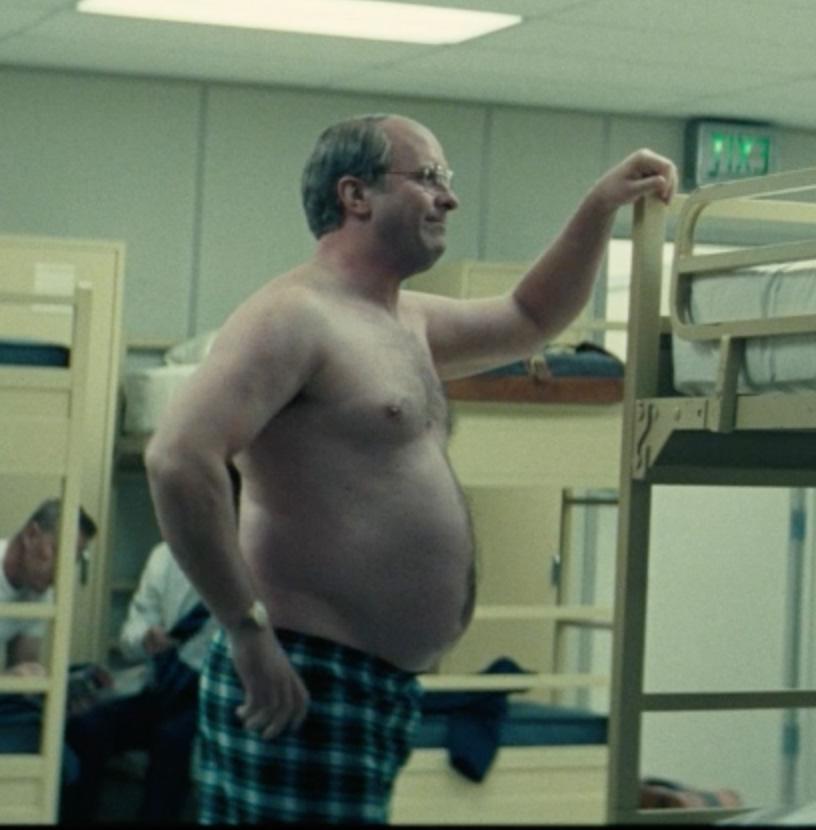 What was Dick Cheney's shooting accident?

The pair were taking part in a quail hunt on a ranch in Riviera, Texas, during Cheney's reign as Vice President.

Three days later Whittington suffered a non-fatal heart attack and atrial fibrillation due to at least one lead-shot pellet in or near his heart.

He also suffered from a collapsed lung.

Reports stated the incident was an accident and Cheney and Whittington's relationship was unharmed.