This is the shocking moment a Wisconsin teacher berated a vaccinated student because he did not want to wear a mask in the classroom.

The Poynette High School teacher was placed on administrative leave after the incident while an investigation takes place.

Videos of the interaction were posted to TikTok on Tuesday. In the footage, the female teacher can be seen standing over the 17-year-old student who is sitting on the floor with his back against the wall. 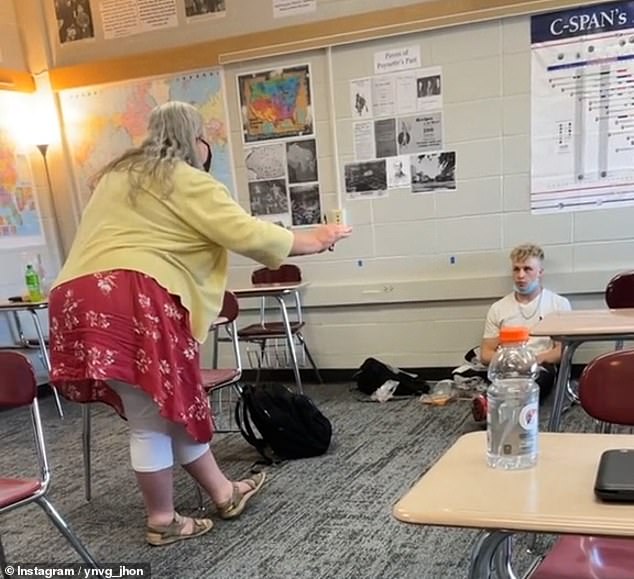 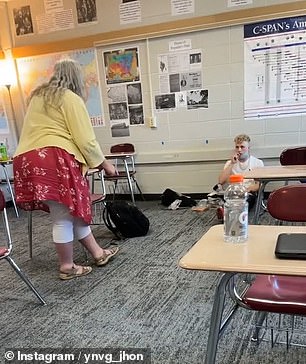 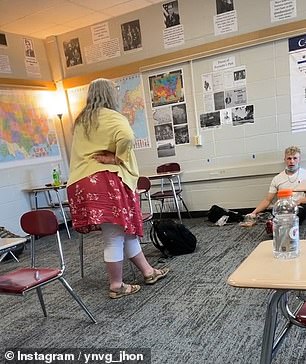 Videos of the interaction were posted to TikTok on Tuesday. In the footage, the female teacher can be seen standing over the 17-year-old student who is sitting on the floor with his back against the wall

‘You know what, you’re not a special person around here. You should hear how everyone talks about you’.

‘You’re a jerk’, screams the teacher. ‘You need to have respect for other people in your life. You’re not a big man on campus. Quit walking around here like you have a stick up your butt.’

The boy could be heard saying he walks like that because he doesn’t ‘want to crease my shoes.’

‘It’s not literal, you dummy,’ she responds at the end of the first footage.

He then says, ‘In a few years look at me and then you’ll be like, ‘Oh hey, I was wrong about him.’

‘No,’ the teacher replies, ‘In a few years, I know exactly where you’ll be because people with your attitude don’t get very far.’ 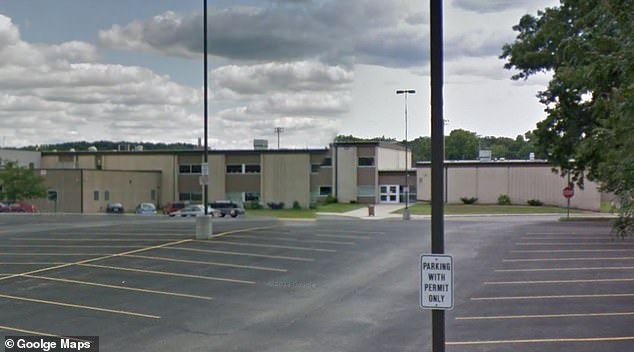 The interaction between the teacher and student took place at Poynette High School, Wisconsin, on May 11

‘You don’t care about people,’ she said, ‘You are one of the most disrespectful kids I’ve seen grace the halls of this high school and I’ve been here 27 years.’

‘Grow up,’ she says, ‘Have a little compassion for other people in the world.’

The boy says ‘I do,’ to which the teacher says ‘show it then, prove me wrong Jimmy. Be nice once. Just be nice to somebody once.’

Jimmy tries to tell her that he’s ‘nice all the time,’ to which the teacher responds, ‘you are not.’

The pair of videos were tweeted by Wisconsin talk radio host Vicki McKenna.

District Administrator Matthew Shappell said on Facebook the district ‘is aware of an incident that occurred today, May 11th, 2021, involving a teacher and student at the Poynette High School,

‘The District is initiating an investigation and the teacher involved has been put on administrative leave pending the outcome of the investigation.’ 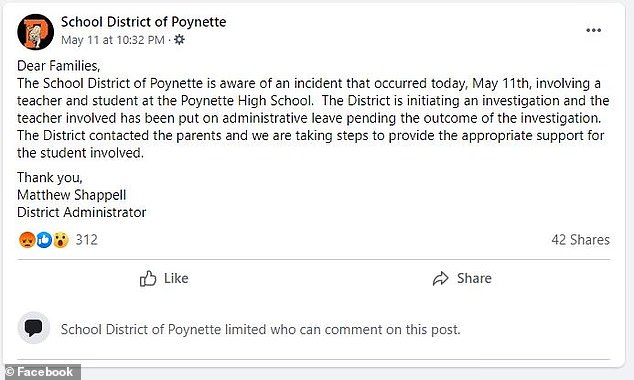 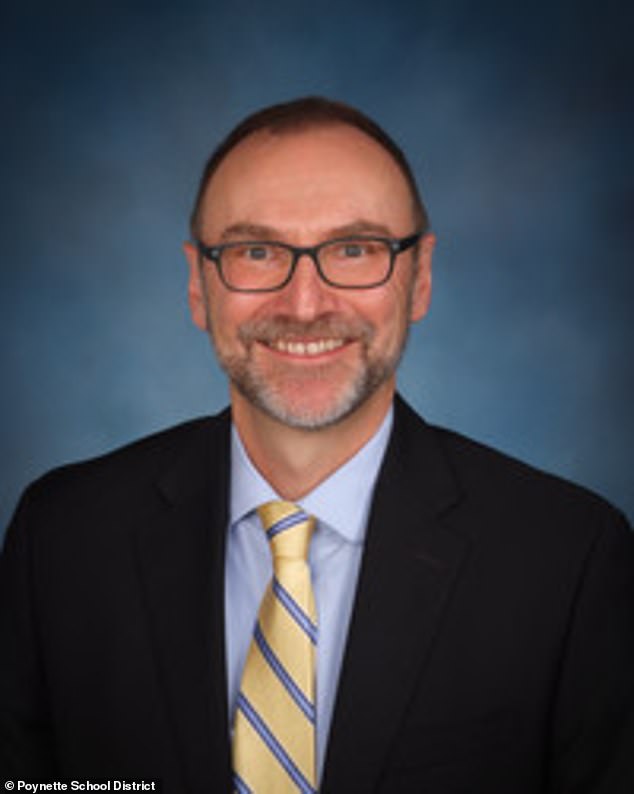 Poynette School District Administrator Matthew Shappell said the district requires students to wear masks in school buildings, but did not say what the penalty is for not wearing one

He added the student had been offered support by the district and that his parents had been contacted, WMTV reported.

The post on social media garnered more than 300 comments, according to KCTV, before district officials disabled comments on the post ‘to maintain the integrity of our social media platform.’

He told CNN masks are mandatory in school buildings and on district-sponsored transportation, but did not say what the penalty is for not wearing one.