A MYSTIFIED tenant filmed the moment THREE council workers knocked at her door during lockdown and threatened to confiscate her doormat.

The officials – who were wearing masks but not keeping two metres apart – also threatened to issue Rosa Edwards a fine if she didn't remove the "trip hazard" from her own doorstep. 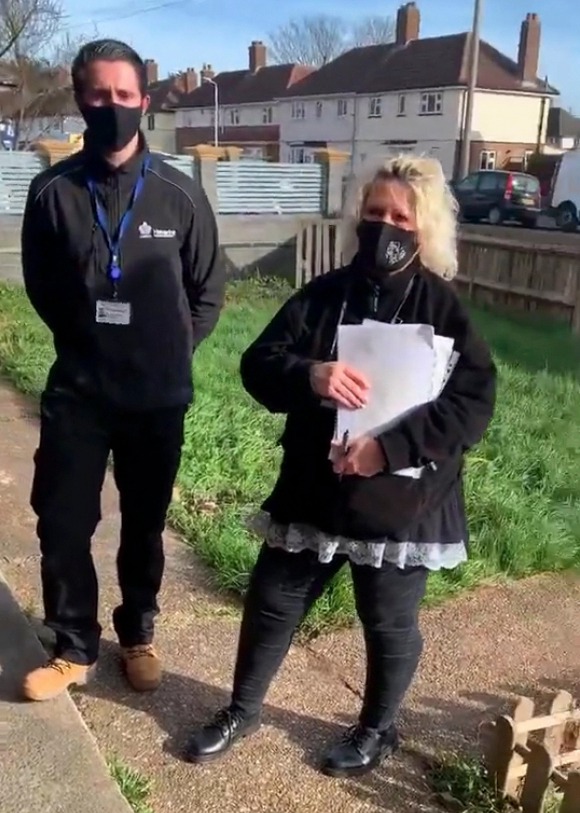 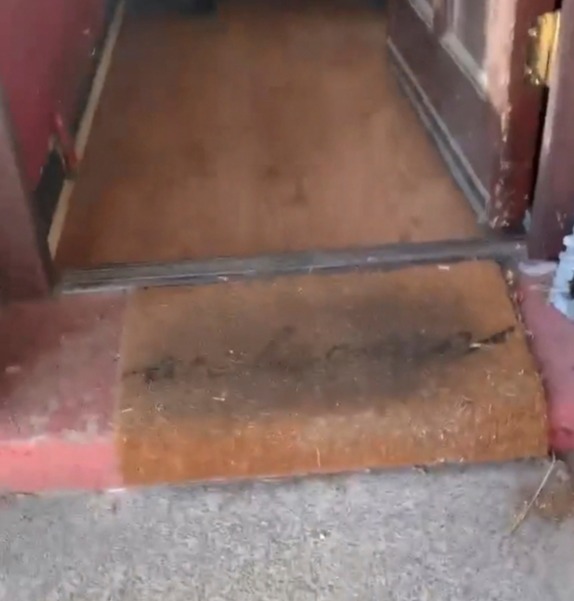 Rosa, who rents a one-bed flat in Romford, Essex, posted the video online saying: “I have no words! Why does ridiculous stuff like this always happen to me?

“I’m sure there are much better things they could be doing for people to help right now!”

She added: "People are dying from Covid right now, and the council has sent out not one, but three staff to knock at my door to tell me I’ll be fined if I don’t remove my doormat.

“Was that really an essential trip? And they weren’t socially distanced either.”

Rosa, a self-employed dog walker, can be heard in the footage asking the Havering council officials why they are there as they are seen walking back up the path.

She calls after them: “Please tell me why you've knocked on my door again? I’ll tell you then.

“These three have knocked on my door.

“And I’ve just been told that if I don't move this doormat from outside my own house, I’ll get fined or I'll get my doormat confiscated from the council.” 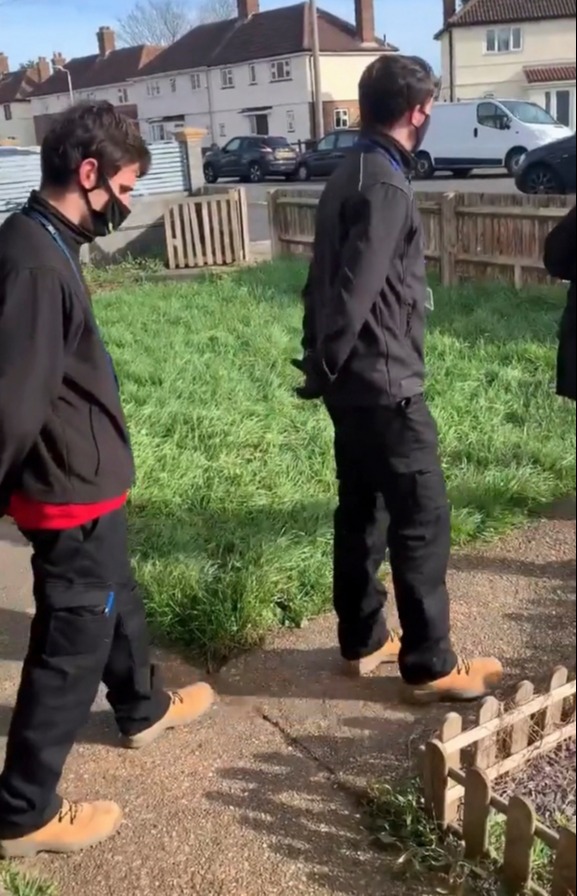 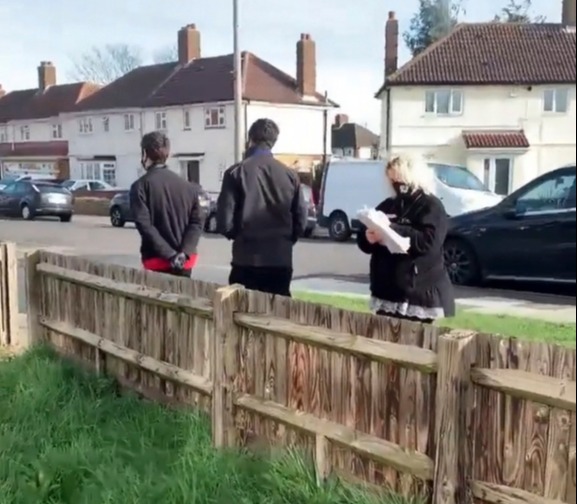 Rosa said the officials also knocked on her neighbour's door, unaware she had recently died.

She said: “She died two weeks ago and her whole family is in pieces and they are about to knock on her door and have a go at her about a doormat.”

She says the council workers told her the mat had to go because it is in a "communal area", even though the flats have separate entrances.

Despite being threatened with a fine, she says she has now GLUED the mat to her doorstep to stop officials taking it away.

Havering Council said: “In order to keep people safe, just like many other councils, we have a zero-tolerance policy to personal items being left in communal areas, which is clearly shown in the tenancy agreement all of our tenants sign.

"This includes doormats, plant pots, and larger items such as bicycles – all of which could pose a serious trip hazard to tenants as well as emergency service personnel."

In 2017, Brighton and Hove council jobsworths took a couple's welcome matto a "secure location" and charged them £20 a week to store it.

Another couple's doormat was seized by council staff who then charged them a £40 "removal fee" in Hemel Hempstead, Herts.

Mats and plant pots were also banned as a "fire risk" in a "bonkers" edict by Leeds City Council.

Rick Stein plans to close several of his eateries